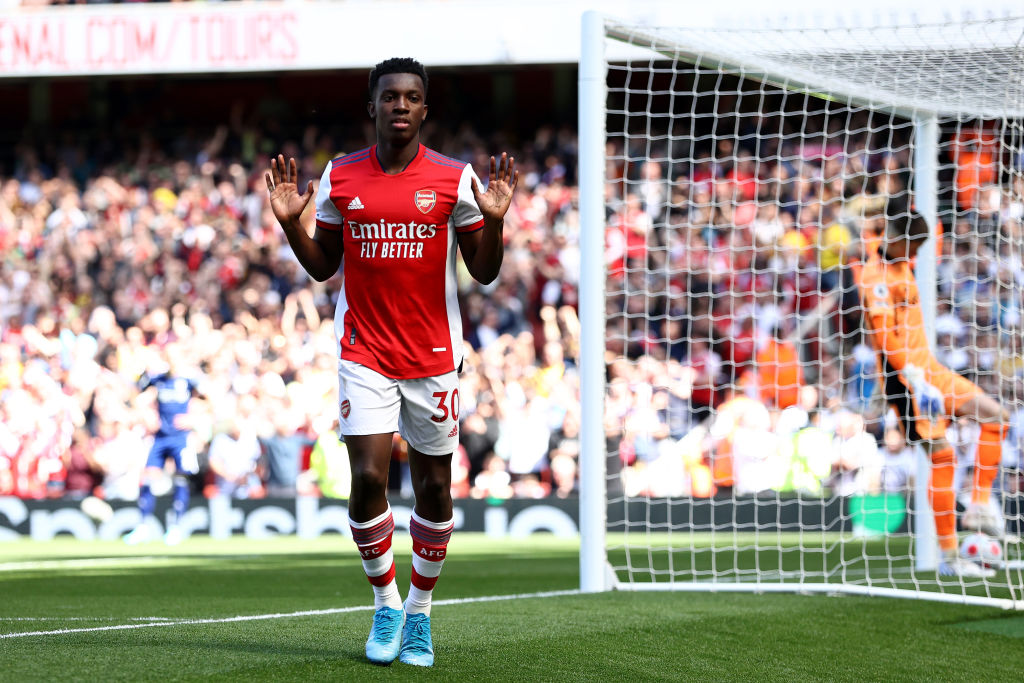 Arsenal boss Mikel Arteta has praised Eddie Nketiah’s patience this season and says everyone at the club ‘absolutely adores’ the striker.

Nketiah scored twice as the Gunner secured a crucial 2-1 win against Leeds on Sunday, helping the side to capitalise on Spurs’ dropped points against Liverpool on Saturday night.

The forward has led the line for the Gunners in recent weeks following injury to Alexandre Lacazette and he’s taken his chance by scoring four times in five starts.

The 22-year-old is out of contract at the end of the season and has so far rejected at least two proposals from the club to stay in north London.

Nketiah wants assurances over playing time but Arteta is unwilling to give him that, with the Spaniard keen to sign a striker this summer.

Nevertheless, Arteta has made it clear how fond he is of Nketiah and says everyone at the club ‘absolutely adores’ him.

‘He’s doing what he’s done all season – when he’s been on the bench, sitting at home or on the pitch,’ Arteta told Sky Sports.

‘This boy doesn’t change, that’s why we absolutely adore him & he deserves what is happening to him.’

Arteta has always praised Nketiah’s ability, which makes his long absence from the side somewhat of a mystery.

However, he was quick to point out after today’s victory that Nketiah now has the ‘right environment’ around him, which could suggest off-field matters had a part to play in his time away from the side.

‘Now he can be judged by what he does on the pitch and before he didn’t have that context.’