West Brom 1-0 Hull City: Baggies keep the pressure on Championship’s top two after Karlan Grant nets his eighth goal of the season to finally break the resistance of visitors

The wake-up call was delivered in time-honoured fashion, a chorus of boos to accompany the half-time whistle.

Plenty of room for improvement and sufficient time for West Brom’s players to show what they are really about.

They responded with oodles of energy which seemed certain to bring a reward eventually. So it came to pass thanks to Karlan Grant, who finally found a way past stubborn opponents to score his seventh goal in eight games. 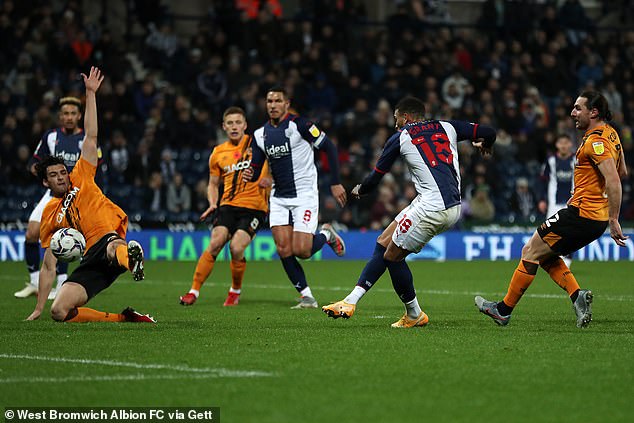 Three defeats in the last five matches prior to this fixture had seen Albion slip away from top two Bournemouth and Fulham. Not ideal as head coach Valerien Ismael would be the first to admit.

His pre-match message was to the point. A call to put right previous mistakes and a reminder of Albion’s unbeaten home record this season.

Certainly the supporters would be expecting nothing less than a win against third-from-bottom Hull with their nine points and four straight defeats and one goal.

What was required was a breakthrough. Matt Phillips came the closest in the first half, hitting the post after some great wriggle-work by Callum Robinson and then stooping to head wide from a cross by Conor Townsend.

Robinson was off-target from a Adam Reach cross before two penalty claims by the home side, then Robinson fed Grant and Albion were finally ahead.

Hull had showed remarkable resistance and might even have scored when Jacob Greaves steered a header wide from George Honeyman’s corner.

There are grumbling noises around The Hawthorns these days. Ismael, who arrived from Barnsley believes in a high press, a prodigious work rate and a pragmatic style, which is fine when it is backed up by results.

The empty seats suggested the Baggies faithful are not quite in touch with their head coach. 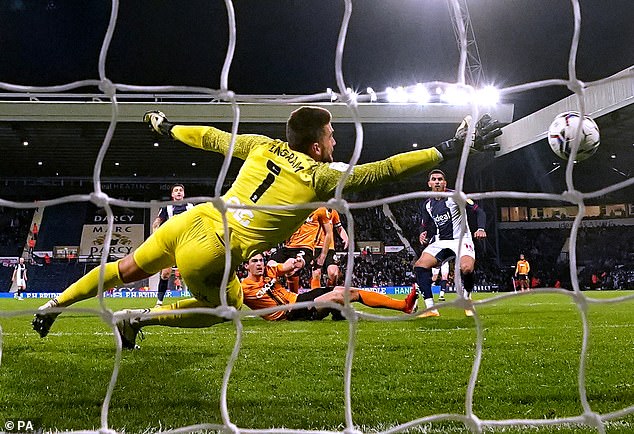 To be fair, his players could not have done more as they laid siege to the Hull goal, except find a finish, of course.

Then it arrived, set up by Robinson, who found Grant and the ball was in the back of the net.

It was tough on Hull goalkeeper Matt Ingram, who had just denied both Robinson and Grant, but the sense of relief round The Hawthorns was palpable.

Grant should have scored again but fired wide after a dangerous breakaway. Hull, meanwhile, never gave up.