West Ham boss David Moyes has warned possible suitors for Declan Rice that it will take ‘Bank of England’ money for them to consider letting their prized asset leave.

In an underperforming team, Rice has been a standout player for the Hammers over the season.

With his ability and characteristics, a number of clubs have been linked with the 21-year-old, most notably Chelsea and Manchester United.

Rice was part of Chelsea’s academy as a youngster but was let go while his best friend Mason Mount was kept on.

The prospect of reuniting with Mount at senior club level is a tantalising prospect for Rice. 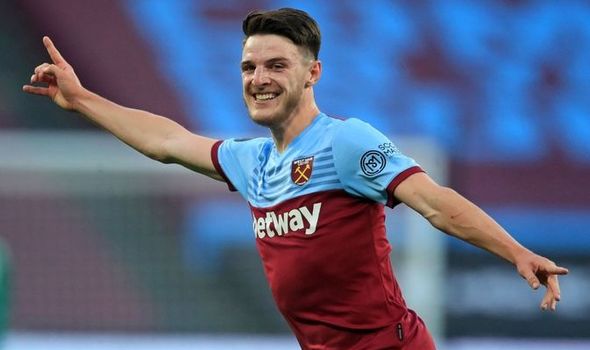 However, he is known to be happy at West Ham and has been backed to succeed Mark Noble as captain.

And Moyes says he has no doubts about Rice’s commitment and made clear he wants him to stay.

“I am confident he will be here because he is under contract, but whatever club you are at, even the biggest clubs sell their best players at the right value,” said Moyes.

“We can’t stop other clubs making offers but I’m guessing you [the media] will speculate, but the truth is we have had no offers for anybody. 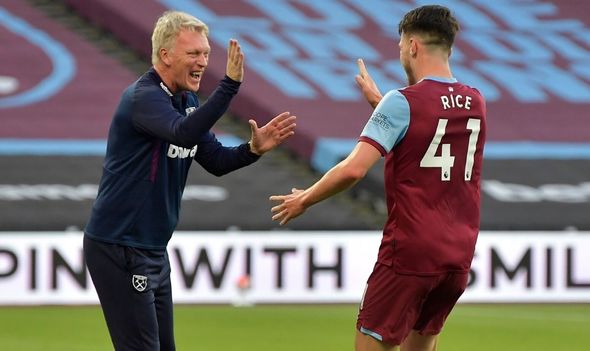 “He is a really good player and I see him helping us, I hope that he sees what we are trying to add which will make him excited about being at West Ham.

“Declan was reassured when he signed a five-year contract, when you do that you decide you are committed to the club. If somebody then turns up and offers you a bundle of cash, that’s the club’s decision.

“I think Declan is the future captain of West Ham going forward. When Mark Noble comes to an end I think it will be Declan Rice.

“We have no intention of letting him go but if it does come it will need to be ‘Bank of England’ money.”

Rice will be in the starting line up on Wednesday night when West Ham face United at Old Trafford.

The Hammers won the reverse fixture 2-0 in September and they are aiming to achieve their first league double over United since the 2006-07 season.

While in-form Michail Antonio is looking to become the first West Ham player to score in three consecutive league matches since Marko Arnautovic in December 2017.