West Ham have closed their training ground this weekend as a precaution in order to carry out a deep clean as they seek to guard against a Covid-19 outbreak.

Defender Ryan Fredericks was ruled out of the 1-0 victory over Everton at Goodison Park on New Year’s Day after testing positive for the virus and is currently self-isolating.

The shutdown of their Rush Green training base also coincides with David Moyes giving his players time off following a run of three games in six days.

Moyes said: “We are going to make sure we give the players four days off now so they can have some time.

“We also want to make sure we shut the training ground down for a few days to make sure – because we know Covid is very bad at the moment – that we give it a bit of time.”

Moyes had to self-isolate earlier in the season after he and two of his players – Issa Diop and Josh Cullen – contracted coronavirus.

Speaking ahead of the Everton game, Moyes questioned if there had been a change of policy from the Premier League following the recent postponement of matches due to COVID-19.

Tottenham’s fixture with Fulham on Wednesday was the third Premier League game this season to be postponed due to the virus, with Aston Villa’s match against Newcastle earlier in December and Manchester City’s trip to Everton on Monday also called off.

The Premier League Board ultimately decides whether matches can or cannot be postponed and while there are not hard and fast rules – each game is judged on a case-by-case basis – the 2020/21 Premier League handbook states “permission will not be granted to postpone a league match where the applicant club has 14 or more players listed on its squad list available.” 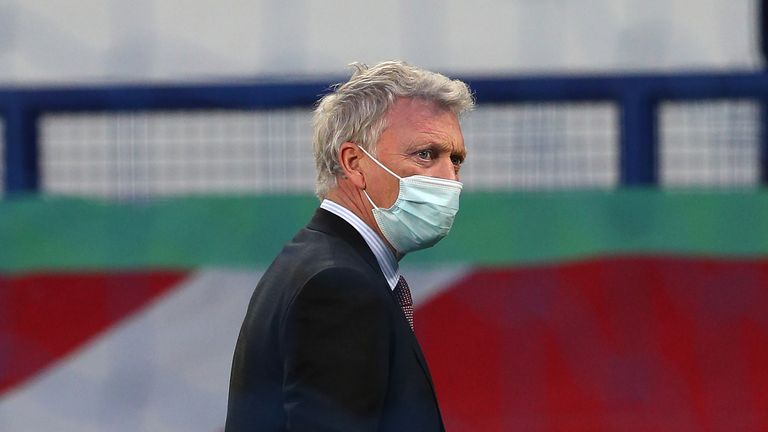 “We understand and we’re not bemoaning in any way any of the games because that’s the fixtures. They didn’t stop the games when me and two players got Covid, but they’ve chosen now that it’s time they would do that,” Moyes said.

“I thought you had to have 14 players and the original point was to say that you would go into your academy and get players, so I don’t know if those rules have now changed.”

The Hammers do not play again until they face National League side Stockport in the third round of the FA Cup on January 11, with their Premier League return coming against Burnley at the London Stadium five days later.