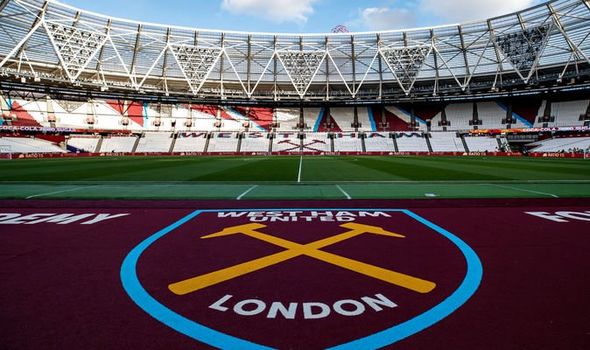 West Ham may not appeal against UEFA’s decision to ban fans from their next Europa League game at Rapid Vienna. The Hammers have yet to make a final decision on an appeal after UEFA on Monday banned fans from the game in Vienna next week as they are still waiting to view the governing body’s written reasons.

The club said on Monday that they were “surprised and disappointed” by the sanctions, handed down after trouble at the 2-2 draw with Genk in Belgium earlier this month.

They added: “The Club are urgently seeking clarification from UEFA, particularly given the extremely short notice of the sanction, which will impact our supporters who have already bought tickets and made arrangements to travel to Austria for our match at Rapid Vienna in just over a week.”

West Ham have already sold out their allocation of 1,700 tickets for the match, and packages for the game are expected to cost fans around £500 each.

The Londoners have however assured supporters who have already purchased tickets that they will be refunded by the club if the UEFA sanctions stand – but it is unclear whether they will be compensated for travel and accommodation costs.

There was a small amount of trouble amongst fans inside the stadium at Genk, and three flares were thrown onto the pitch apparently from the West Ham end.

There was though also trouble outside the stadium, with police making 30 arrests. The club have also been fined £29,000.

West Ham have demanded to see the written reasons for the surprisingly late sanctions, and will make their decision on whether to appeal then.

But the club are concerned that if they do appeal, the punishment could be suspended by UEFA – and then made to apply for their first knockout game in the New Year, which West Ham are keen to avoid.

The Hammers are already through to the knockout stages of the competition after the draw in Genk in what was manager David Moyes’ 1,000th game as a boss.

The Scot said afterwards of the club’s fans: “I thought the away fans were fabulous. They were great, right from the start, they were incredible.

“They were in the ground very early but I think in the Premier League our away fans have been very good and we appreciated it.