Home » Soccer » What channel is Man Utd vs PSG on? TV, live stream, kick off for Champions League match

The rivalry between Manchester United and Paris Saint-Germain continues when sides clash again at Old Trafford. The Red Devils claimed a 2-1 win in the reverse fixture in Paris in October and need one point from their last two games to progress to the Champions League’s knockout phase. PSG, on the other, have to beat United to keep their qualification hopes in their own hands.

What is the team news for Man Utd vs PSG?

United striker Edinson Cavani could face his former club for the first time after his heroics from the bench against Southampton at the weekend.

David de Gea was forced off at half-time during that game and will be assessed, while Anthony Martial is also a doubt.

Luke Shaw remains sidelined with a hamstring problem but Paul Pogba could return. 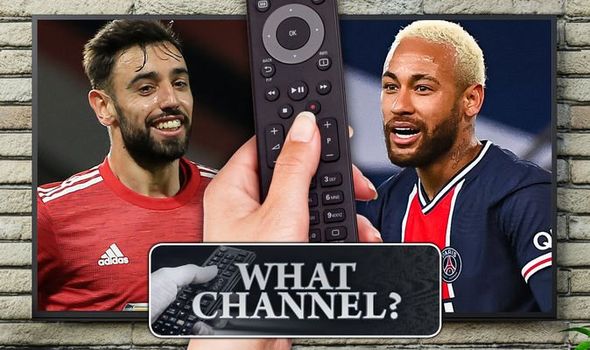 Marquinhos is expected to miss out for PSG, while Julian Draxler and Thilo Kehrer are also unlikely to be fit in time.

Mauro Icardi and Idrissa Gueye could be involved, though, with former United duo Angel Di Maria and Ander Herrera both in line to start.

What time does Man Utd vs PSG kick-off?

The Champions League clash kicks off at 8pm on Wednesday, December 2.

What TV channel is Man Utd vs PSG on?

How to live stream Man Utd vs PSG?

Live streaming is available on the BT Sport to existing customers, who can also stream the action on the broadcaster’s website.

“We want to win the group, we go out there in our style with attacking intent and defending well against a top team, of course.

“Our mindset is to win the game and win the group.”

PSG head coach Thomas Tuchel: “It’s a bit like the game against Leipzig (last week, which PSG won 1-0) – it’s a final, as it were,.

“A final against RB Leipzig, a final here against Manchester United at Old Trafford as well. It’s a game we need to win to qualify from the group.

“We’re not here to make excuses. It’s up to us to show the very best we can possibly show and to win.

“It’s a huge challenge to win at Old Trafford against Manchester United. They have a really strong team, we know that.”