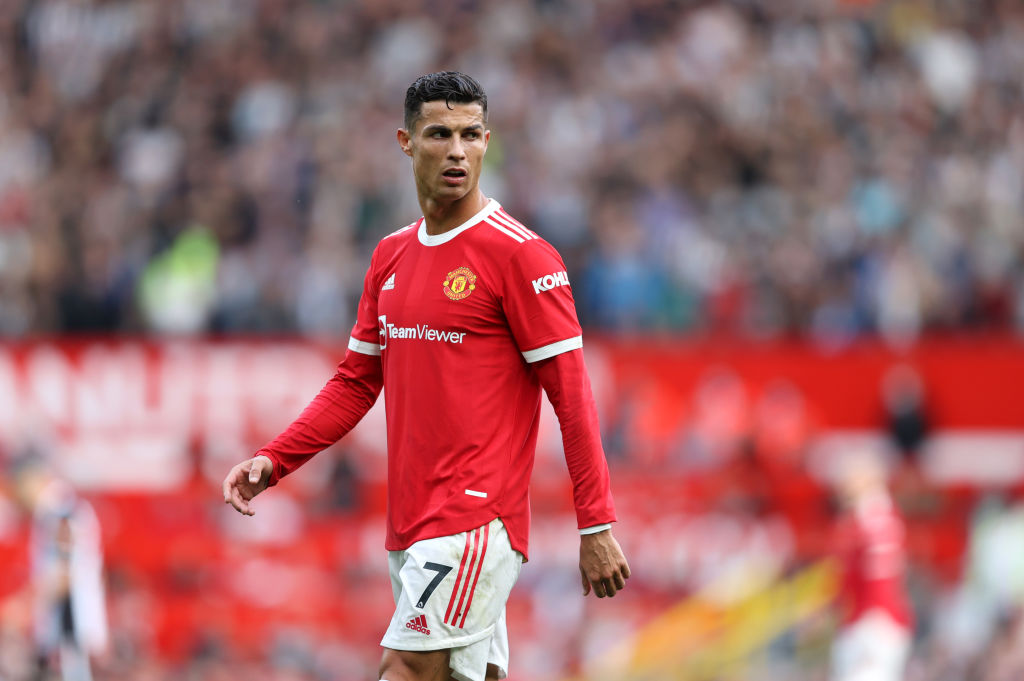 Cristiano Ronaldo has told his Manchester United teammates they can once again ‘dominate football’ if they are willing to ‘sacrifice everything’.

The Portuguese delivered a speech to the United squad on the eve of his second debut for the club last Friday.

United ran out 4-1 winners the following afternoon against Newcastle United with Ronaldo scoring twice on his grand return to Old Trafford.

After the match, Ole Gunnar Solskjaer revealed Ronaldo had addressed the squad with details of the speech now reported by The Sun.

‘Ronaldo’s speech was very powerful and uplifting. The whole group of players and coaching staff listened in silence,’ a source told the newspaper.

‘He told his team-mates: ‘I have returned to Man United for two reasons.

‘The first is because I love the club. The second is I love the winning mentality that breeds through the ranks of this club.

‘I have not come back to be a cheerleader. If you guys want to succeed, then I need you to love this club from the bottom of your hearts.

‘You need to eat, sleep and fight for this club. Whether you play or do not play, you need to support your teammates and always give 100 per cent for the club.

‘I am here to win and nothing else. Winning brings us happiness. I want to be happy, do you?’

With Ronaldo back at the club, United are hoping to mount their first real Premier League title challenge since Sir Alex Ferguson’s departure in 2013.

‘You are all amazing players and I believe in you, or else I would have not returned.

‘The fans will support you, if you give your best. I just want to create a winning mentality, so when I do retire one day, the winning mentality will remain, and this group of players will dominate football, like we did in the past.