Mikel Arteta has been checking on his Arsenal players every day – by bombarding them with videos and messages on WhatsApp! The Gunners head coach is refusing to let the coronavirus lockdown from catching up with his players on a daily basis. He has recovered after testing positive for COVID-19 before professional football in the United Kingdom was suspended.

After it became clear that training could not continue at London Colney due to the Government’s coronavirus lockdown guidelines, the Arsenal squad were sent individual programmes to follow at home to maintain their fitness levels.

Arteta – who is little more than three months into the job – was also eager to ensure his players work on their tactical side of the game so prepared individual video packages for each member of his squad.

The Spaniard’s man-management skills have been put to the test but ESPN report he has kept up his personal relationships with his troops by checking in with them every day using WhatsApp.

With the population trapped in their homes amid the Government’s lockdown to combat the spread of coronavirus, Arteta has admitted he is concerned about the mental effect of his younger players who are alone, away from their families. 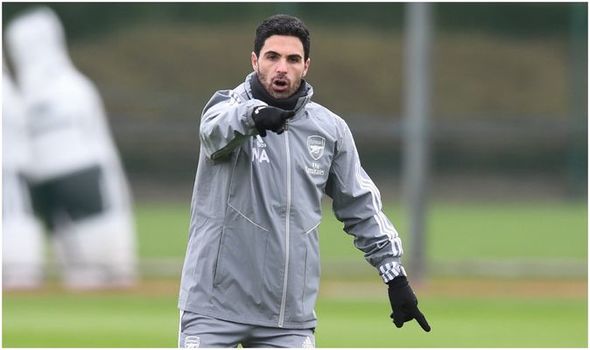 “The experienced players have families around them and kids that are occupying them,” he said.

“Those of us with children only realise now how hard it is at home when we are away from our wives!

“For the young players, some of them are alone in their apartments and there are long days. We have to be caring for them and we have to keep them busy and try to do things to improve their development and education.

“I like to make them all think and assess themselves as people, too. I’d only been here for three months, so it’s been a chance to get to know them a little bit more, break some boundaries. We’re having some really good conversations.”

Arteta’s positive test for coronavirus sent shockwaves through the Premier League and the former Manchester City assistant has detailed the build up to discovering he had been infected. 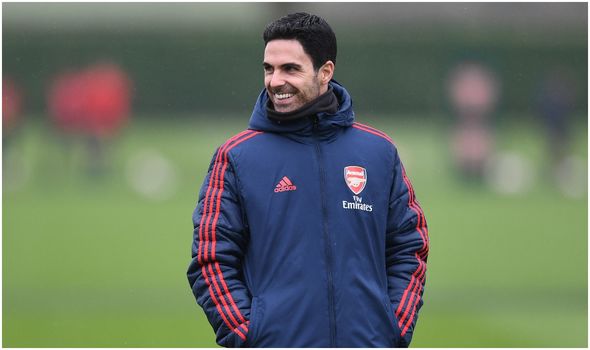 “Either mine wasn’t a very strong virus or my immune system was pretty good,” Arteta said.

“The same day that we were told that we were at risk because we were in contact with the Olympiakos owner [Evangelos Marinakis] was the exact day when I started to show some symptoms.

“I felt a huge responsibility as I knew the next day we were playing Manchester City. I had a feeling inside of myself that something was wrong. We had to make the point and make it clear. We spoke to the Premier League about bringing the case forward as we knew we could expose ourselves to people.

“I pulled the doctor and the CEO to my house telling them that we had a situation due to my symptoms. We had players that had been in contact so we said the decision was too big for us alone to make. We had to communicate this with the Premier League and Manchester City in order to protect everybody. We made the right call.”