Referees mic’d up and available for interview, touchline reaction from coaches and dressing room access – what Sky and BT should request from the Premier League instead of calling in debts if season isn’t finished in time

The importance of TV money to Premier League clubs has never been more apparent than during the coronavirus crisis.

As spelled out by Sportsmail this week, some clubs are relying on TV money for nearly 90 per cent of their revenue, and with the league potentially losing up to £762million if the 2019-20 season isn’t completed by July 16, they are at the mercy of broadcasters Sky Sports, and to a lesser extent BT Sport.

Rather than calling in their debts and crippling the brand they themselves are trying to sell, Sportsmail‘s Ian Herbert suggested on Wednesday that broadcasters could instead ask for much more from the Premier League when we eventually begin to recover from the shutdown. 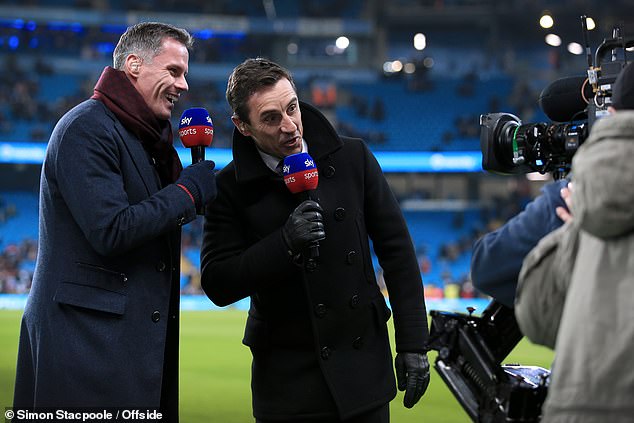 OK, so we’re stating the obvious somewhat here to start with, but this crisis will be a watershed moment in the way our national game is covered. If fans weren’t happy with the constant moving of kick-off times before, they will have to get used to it now with more live games the main and best thing the Premier League can offer broadcasters to sweeten any future deal to keep clubs afloat. Currently, Sky shows 128 matches and BT 52, but expect both those numbers to increase.

The 3pm Saturday kick-off is held sacred in this country, with no matches allowed to be broadcast on domestic TV at that time to encourage fans to go to matches. That will come under pressure, and if it remains ring-fenced then expect to see matches kicking off all around then from Friday night to Monday night.

When it comes to improving their access to Premier League football, broadcasters will be looking to other sports for inspiration, and in this country rugby can offer some innovative ideas, including camera access to dressing rooms. The Premier League have been able to prevent such intrusive broadcasting tools up until now, but beggars can’t be choosers.

Following the rugby model, a camera would be set up in each dressing room, which the director can pan to before the match, at half-time and after the match. The sounds remains off so as to prevent any team secrets or swearing being picked up – and players will have to be reminded to keep their clothes on! Going even further, broadcasters could request pre and post-match interviews take place inside dressing rooms, rather than in stadium corridors. 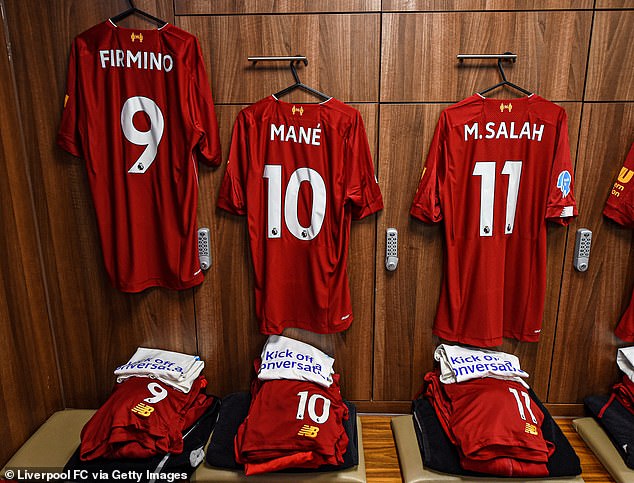 The likes of Pep Guardiola and Jose Mourinho would be very resistant to this you feel, but other sports have led the way with accessibility to head coaches during matches to gauge reaction to incidents and how the coach thinks the game is going in general. But this would be far harder in football, where there are fewer lengthy stoppages than in any other sport.

One compromise could be to have a designated coach from each bench available for in-game comment. The name would not be as glamorous if it were an assistant but this would give the broadcaster and the viewer the deeper access they crave.

How many times have you wished a referee would come out and explain a decision he has made against your team? What they would say would probably not calm your anger, but it would make for great TV. The awkwardly named referees’ assocation PGMOL have always dismissed this idea out of hand as it would place more pressure on referees, but with their salaries and jobs on the line too, they may have to agree if the broadcasters suggest it. 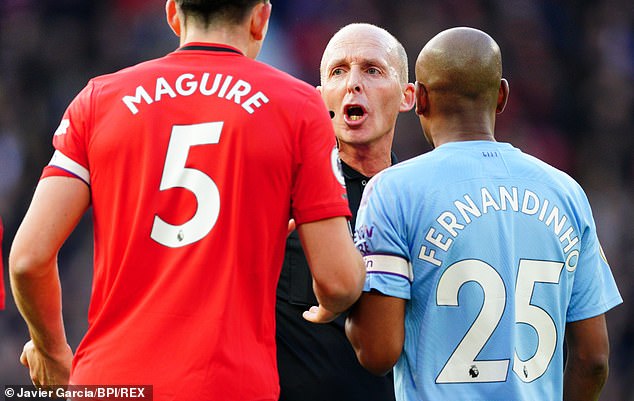 What is probably more realistic is equipping the referee with a mic so his calls can be heard and his conversations with captains broadcast, as happens in rugby. Bad language has always been cited as the reason for this not being brought in already, but if it was set up with a demand that only captains may speak to the referee and no one can swear, perhaps this would improve player discipline as well as the viewing experience.

OK, so this may be slightly less realistic – you could hope to get players not to swear at the referee, but to each other? Impossible. What could be done though, is captains could be recorded and their conversations played back, and bleeped out where necessary, after the event or at half-time or full-time.

Sky and BT don’t just have live football to broadcast, they have air-time to fill all week. Premier League preview shows and pre-match segments could be greatly improved with better access to training sessions, managers and players.