Falling out with Dele Alli and Gareth Bale, blaming his PLAYERS, out of the top four picture and an embarrassing Europa League capitulation to Dinamo Zagreb… where it all went wrong for Jose Mourinho at Tottenham

On a morning where the entire future of football was set to change forever, Jose Mourinho still managed to steal the headlines.

The iconic Portuguese manager was dismissed as Tottenham manager on Monday morning just six days before the club play in the Carabao Cup final – following a run of just one win in their last six games in all competitions.

While Spurs’ recent form could point to why Spurs owner Daniel Levy opted to make the decision to sack Mourinho after 17 months in charge – the writing was on the wall Portuguese coach for several months. 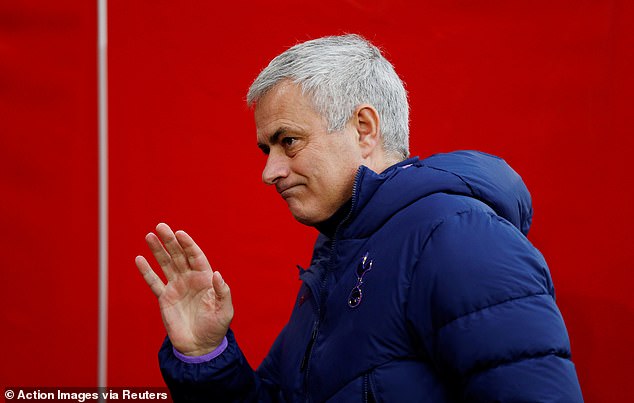 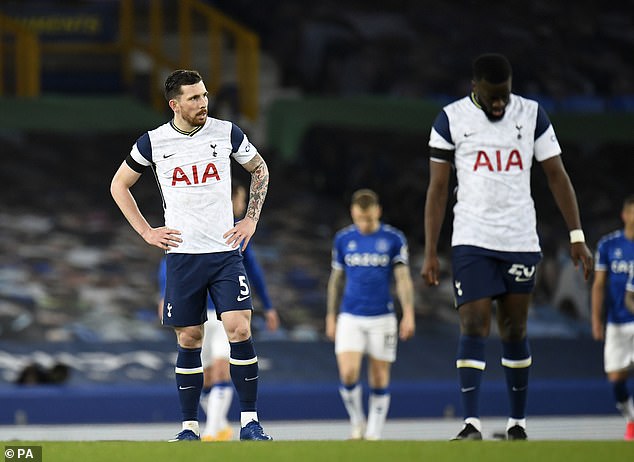 From high-profile and public falling outs to an inability to get rid of the ‘Spursy’ tagline, Sportsmail looks at why things did not work out for Mourinho at Tottenham…

Mourinho took charge of his first full season as Tottenham boss in September with Spurs getting off to a superb start in the Premier League.

Come the start of December, the north Londoners were leading England’s top-flight, having won 6-1 at Manchester United and beaten the likes of Arsenal and Manchester City at home.

But after beating Arsenal in the north London derby, Spurs failed to win five out of their next six league games and this form was further condemned by an injury to Harry Kane in mid-January. 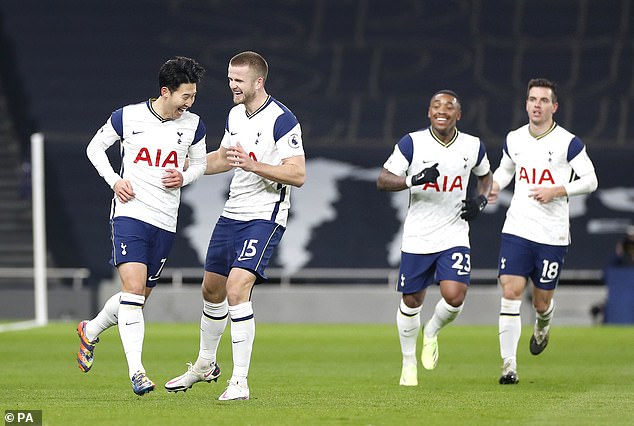 The reliance Mourinho’s men have on the England captain was plain to see following league defeats to Brighton and Chelsea, with Spurs’ lack of goalscoring threat an issue without their star striker.

With Spurs slumping from the top of the table to outside the Champions League places, Kane’s return to link up with in-form strike partner Son Heung-Min provided some hope for Spurs in their continental battle.

But the latest slump in results, which has seen them draw consecutive away matches at Newcastle and Everton – even with Kane in the side this time – has proven to be the final straw. 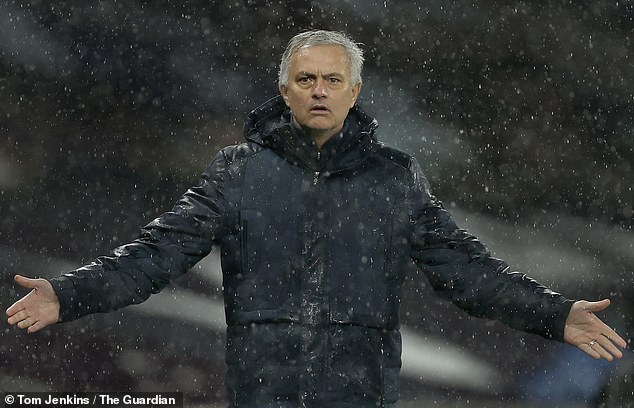 Spurs would need a miracle to finish in the top-four this season – lying five points behind fourth-placed West Ham with other rivals such as Chelsea and Liverpool having games in hand ahead of them.

Ultimately, Tottenham are no closer to breaking into Champions League football than when they were under Mauricio Pochettino – hence why Levy has pulled the trigger.

FALLING OUT WITH THE STARS

As frustration with the results grew, so did the number of public rows and outbursts Mourinho made towards his own team.

The fall-outs started in the second weekend of the Premier League season back in September when Dele Alli was dropped from Tottenham’s matchday squad  for the first time. 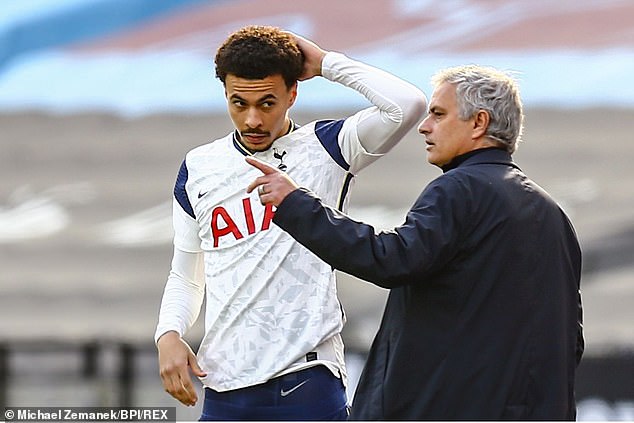 Mourinho has fallen out with several first-team players at Spurs, no least Dele Alli (left)

Conversation to Dele Alli on the Amazon documentary: ‘Where is Dele? I understood already you are a f****** lazy guy in training. I don’t need more days lazy.’

Conversation to Serge Aurier in pre-match team talk: ‘Do you speak good English? I’m afraid of you as a marker. Because you are capable of doing a s*** penalty. I’m telling everyone I’m afraid of you.’

On Dele Alli having a hand in Spurs conceding away at Stoke last December: ‘I was upset. A player that plays in that position has to be a player that links and creates, not one that creates problems for his team on the counter attack.’

On Gareth Bale posting he had a good training session: ‘I have to admit that his post… created a need of being addressed because there was a contradiction between the post and the reality.’

On why his side lost to Arsenal: ‘Some important players hiding. I’m not even going in direction of individuals. People hiding themselves, no intensity, no passing and moving. We were poor.’

On his Tottenham side conceding a late goal at Newcastle when he is known for seeing out leads: ‘Same coach, different players.’

It would lead to months of Alli in exile, which nearly led to two separate departures to Paris Saint-Germain over the course of this season.

Mourinho had high hopes for the England star and the Amazon Prime documentary revealed that Sir Alex Ferguson told the Portuguese coach to sign the midfielder when he was at Manchester United.

But the signs of ill-feeling between the pair started on day one when Mourinho called Alli a ‘f****** lazy player’ in front of the Amazon cameras and the rest of the Spurs squad.

Danny Rose was another player where the Amazon Prime documentary revaled a storming row between the defender and the Spurs coach. The livid defender angrily confronted Mourinho over why he was not playing in the squad and his lack of explanations from the Portuguese boss for his exclusion.

Even publicly calling out Serge Aurier for being capable of giving away a ‘s*** penalty’ showed signs there was a fall-out waiting to happen. The right-back would go on to leave the Spurs stadium mid-way through a defeat to Liverpool in January after being taken off.

Unlike Rose, Alli kept his place in the squad during Mourinho’s first half-season in charge but the Portuguese eventually had enough when he brought in his own players.

One of them was Gareth Bale, a high-profile loan signing from Real Madrid which lifted the mood in north London and gave Spurs belief they could compete at the top.

But claims about Bale’s fitness, form and dedication made by Mourinho about the Wales winger came to a head in February when the Portuguese coach claimed the 31-year-old lied about saying he had a good training session on social media.

Those claims were similar to that of Mourinho’s row with Luke Shaw at Manchester United. In fact, fall-outs with his whole squad accompanied his most recent exits at Real Madrid and Chelsea too.

Mourinho then turned the blame to his entire squad after Tottenham threw away two points at Newcastle earlier this month. 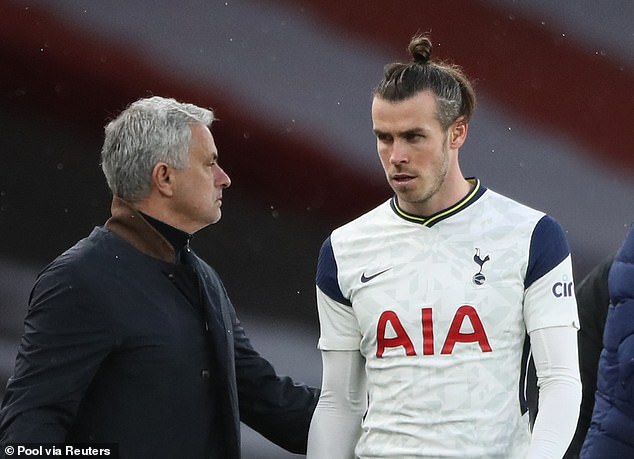 ‘Same coach, different players,’ was his response when asked why his side couldn’t hold a lead when that was his forte as a manager.

Sky Sports pundit Jamie Redknapp was furious over Mourinho’s comments after the draw and branded him responsible for his form.

He told Sky: ‘When I look at Jose right now, he is just reverting to type when things are going wrong.

‘You can’t deny his record, he’s one of the greatest managers we’ve ever seen in football when he’s winning. But when it goes the other way, that’s when you learn a lot about a manager. 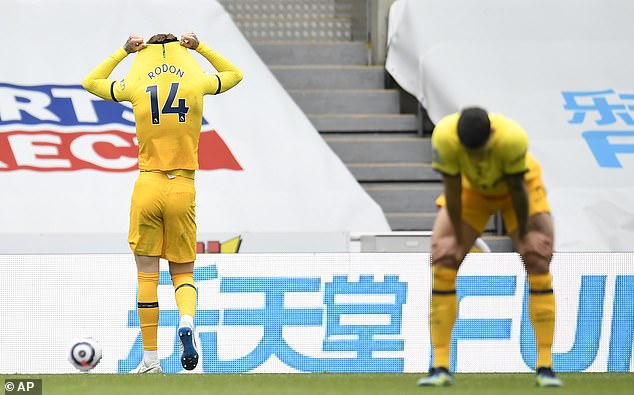 ‘It’s just typical of what Jose Mourinho does. As soon as things go wrong he throws players under the bus and if I was in that dressing room I would be asking him why.  You’re the Special One. Why can’t you make us better?

‘Why do we keep conceding goals with 20 minutes or 10 minutes to go in games? That’s what you’re so good at, setting the team up to make sure it doesn’t happen. So he has to take an awful amount of responsibility.’

Manchester United’s Paul Pogba recently confirmed that Mourinho not only blames his players but cuts certain individuals out harshly from the first-team picture – that lack of harmonious feeling proved too much for Levy as well. 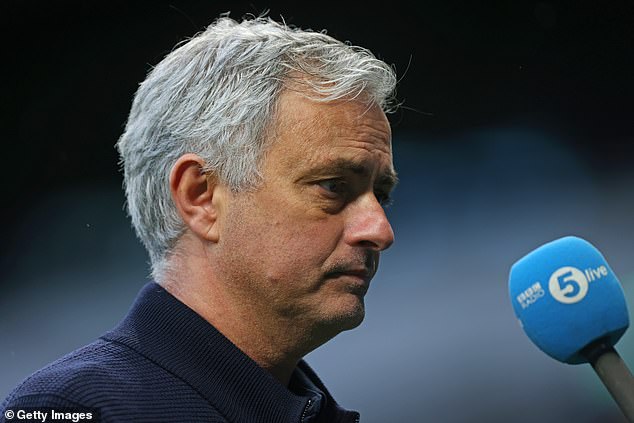 NO LONGER ‘THE SPECIAL ONE’

Mourinho arrived in north London with a superb trophy record everywhere he went. League titles at Real Madrid and Chelsea, Champions Leagues with FC Porto and Inter Milan and three seasons in his first campaign at Manchester United.

Levy’s task for Mourinho was both obvious and simple – stop the rot. Tottenham had developed a reputation under Pochettino of showing promise before falling at the final hurdle – a characteristic named ‘Spursy’ by the club’s rival supporters. 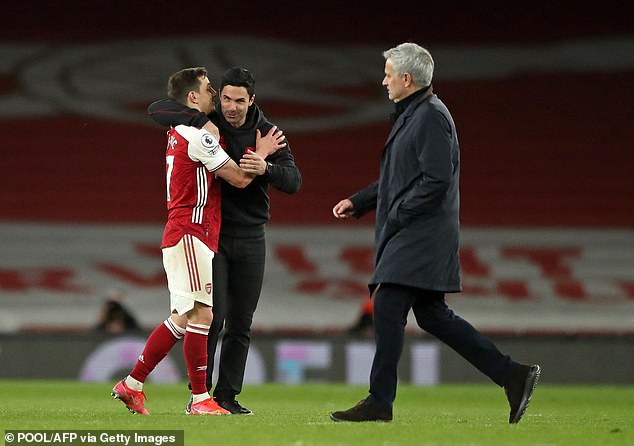 Mourinho’s ‘win-at-all-costs’ tactic appeared to be rubbing off on the Spurs players at the start of this season. The home victories against Arsenal, Manchester City and Chelsea in the Carabao Cup saw Spurs sit back for most of the game before using counter-attacking chances to score goals and claim points.

But mid-way through the season, the downturn in form turned this style from clever tactics to signs that Spurs were still not able to turn up on the big occasion.

Mourinho, famed for being a big game manager throughout his career, lost that status this season. Spurs have already lost both league ties against Liverpool this season, away trips to Arsenal, Manchester City and West Ham and home losses to Leicester and Manchester United.

Defeats in the FA Cup and Europa League to Everton and Dinamo Zagreb saw Tottenham’s cup hopes diminish and while Sunday’s League Cup final presents the club with chance for a first trophy in 13 years, Spurs were lucky to be drawn against Championship sides Stoke and Brentford in the competition’s latter rounds. 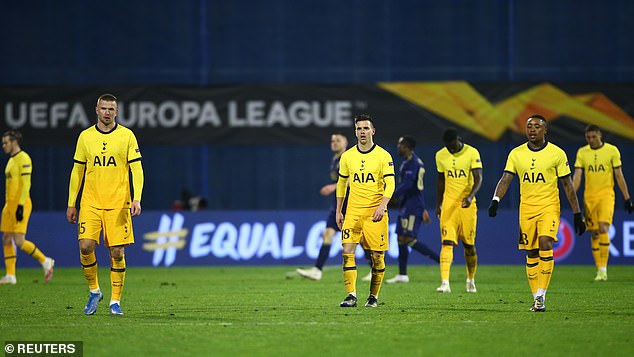 The Europa League loss to Zagreb saw Spurs go from a 2-0 aggregate lead to an embarrassing elimination from the competition they needed to win to stand a chance of Champions League football.

That, alongside the 3-3 draw at home to West Ham after Tottenham had been 3-0, showed the club hadn’t moved on from their ‘Spursy’ tagline after all.

Yet Sky pundit Roy Keane insisted that the Tottenham players should take some responsibility for their inability to share Mourinho’s winning mentality.

He said last week: ‘When Mourinho leaves, there will still be softness to this Spurs team. That’s down to the players.’

SIGNINGS WEREN’T WINNER AFTER ALL

Mourinho did, however, try to fix the lack of winning mentality in the transfer market.

Not backed by sensational funds unlike Tottenham’s rivals, the Portuguese’s transfer strategy was clear – bring in players who had experience of winning titles. 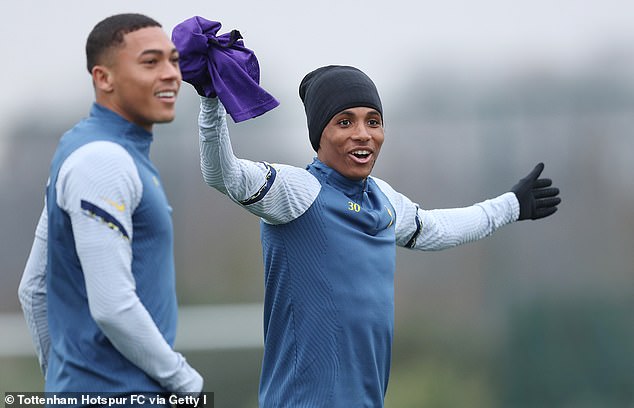 Even Matt Doherty would bring a winning feeling at right-back having won the Championship and League One trophies with Wolves, while Steve Bergwijn and Bale also came in this category.

But the majority of the players Mourinho’s brought in have failed to impress, with a large part of the current Tottenham starting eleven being stalwarts from the Pochettino era.

Doherty failed to usurp Serge Aurier at right-back despite Mourinho’s own personal lack of trust in the Ivorian. Fernandes has already been moved on while Vinicius and Bergwijn have done little to provide adequate back-up for Son and Kane. 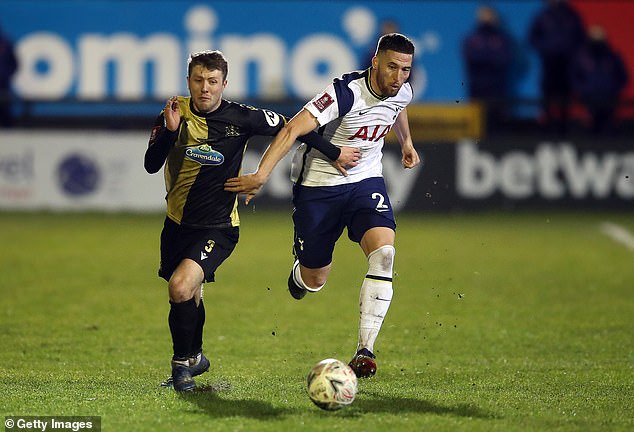 Reguilon and Hojbjerg have looked like credible signings but have done little to stop the goals going it at the wrong end for Spurs. The north Londoners have kept two clean sheets in their last eight matches in all competitions.

When Mourinho first arrived at Tottenham, there were fears that him and Spurs were not compatible.

Those fears have now been realised despite 17 months of trying by the Premier League club.