Willian’s search for a new club is on hold, with the Chelsea star’s agent insisting that neither the player nor interested clubs feel comfortable discussing a move amid the coronavirus crisis.

The Brazilian is almost certain to move on from Stamford Bridge this summer, with the winger running his contract down after talks of a new deal fell flat.

The Blues’ second longest-serving player has not been shy about his intention to move on, attracting interest from the Premier League top-six. 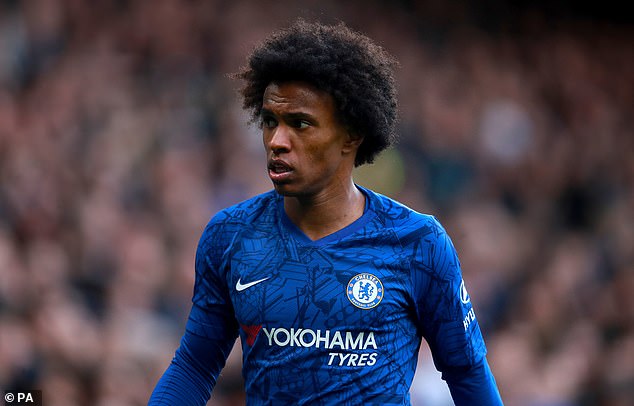 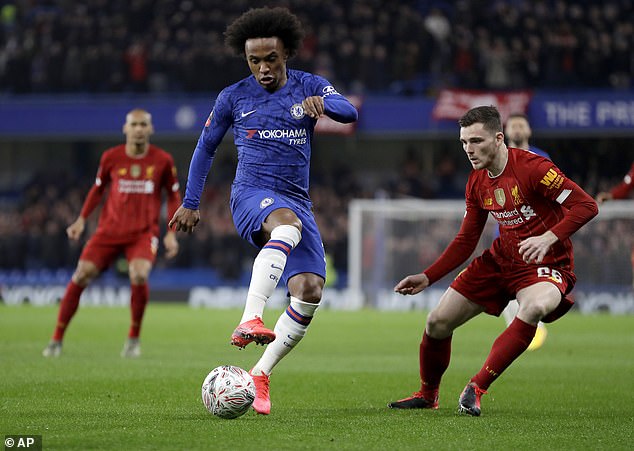 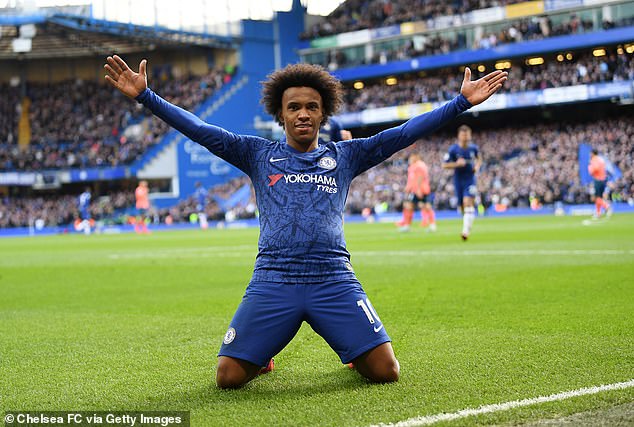 The Brazilian has hit form this season, getting back to his best under boss Frank Lampard

However, Kia Joorabchian – who also works with Philippe Coutinho – says he is not looking to dive into transfer talk during the shutdown.

‘There is a lot of speculation but I can genuinely explain to you we have not spoken about transfers or anything like that,’ he told Sky Sports.

‘No one has the right feeling.

‘Neither us nor the other side have the feeling to discuss something when so much is happening around the world that is so much more important.’ 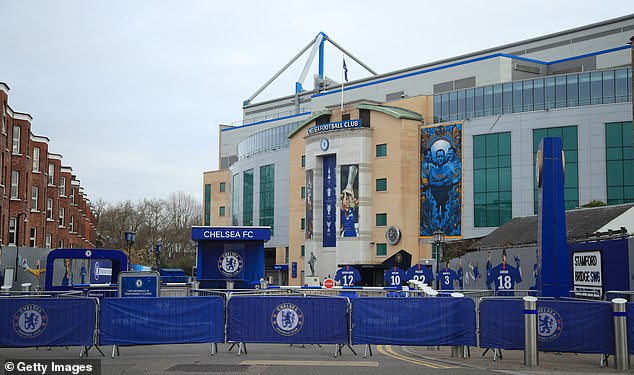 With Premier League stadium’s silent due to the shutdown, Willian has his mind off football

Willian has hit form this season, acting as an elder statesman in Frank Lampard’s youthful project.

He has bagged seven goals and contributed six assists so far this term, including a classy double against fierce rivals Spurs, stepping out from the shadow of Eden Hazard after the Belgian’s summer exit.

The winger has won the Europa League, two Premier Leagues, a FA Cup and a League Cup with the Blues, but has said it ‘will be very difficult for me to renew because Chelsea offered me two years, I asked for three and it ended there. We didn’t talk anymore, we didn’t negotiate.’