Home » Soccer » 'Without fans, every club is nothing': Bamford slams Super League

‘Without fans, every single club is nothing… so it’s important that we stand our ground and keep it that way’: Leeds striker Patrick Bamford slams European Super League and urges supporters to keep fighting against controversial breakaway tournament

Patrick Bamford admitted he’s been blown away by the European Super League scandal, as the Leeds striker insisted football must stand-up to the project.

Leeds held Liverpool to a 1-1 draw on Monday, while Reds fans gathered outside Elland Road to furiously protest their club’s involvement in the plot – which would see the Premier League Big Six join the division alongside the likes of Real Madrid and Juventus.

Bamford, alongside the rest of the Leeds squad, donned shirts with the slogans ‘earn it’ and ‘football is for the fans’ for their warm-up. He added his voice to the tornado of outraged fans and pundits expressing their fury at the Super League plans. 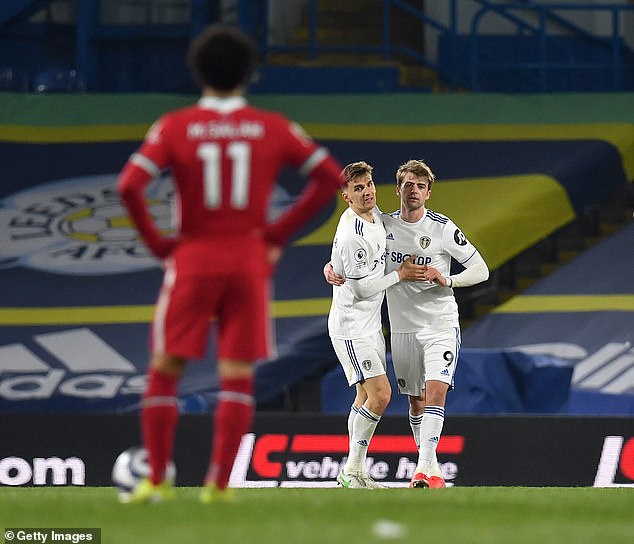 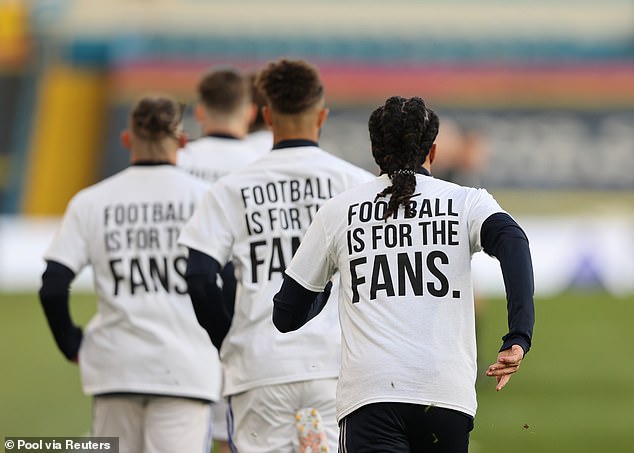 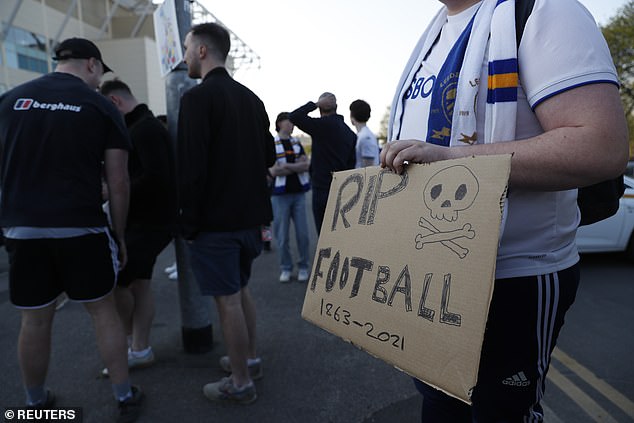 ‘We have seen stuff on Twitter, it is amazing,’ Bamford told Sky Sports.

‘I cannot comprehend the stuff talked about, the uproar when somebody’s pockets are being hurt. It’s a shame it’s not the same with racism.

‘Once you’re on the pitch you are not thinking about what is being talked about.

‘What I have seen in Twitter, not one fan is happy. Without fans football is nothing, it’s so important to stand our ground and keep it this way.’

The announcement of the monstrous power-grab came on Sunday night, with the Premier League Big Six joining the leading sides in the Serie A and LaLiga – while Bayern Munich, PSG and Borussia Dormtund have steered-clear. 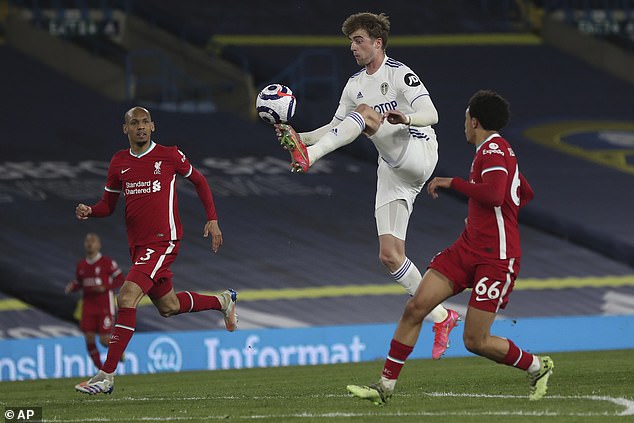 Bamford hit the bar, almost helping Leeds grab what would have been a celebrated victory 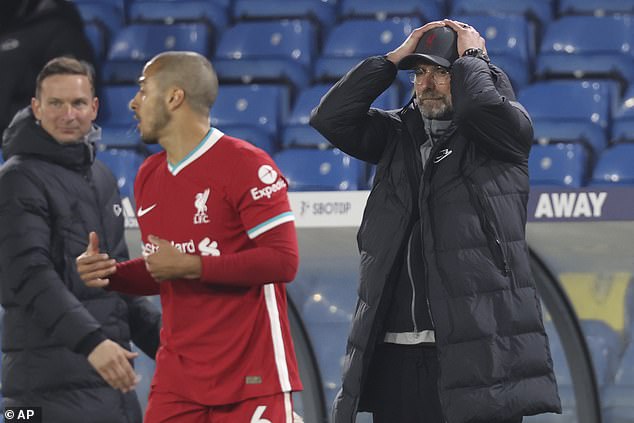 As well as the worldwide outcry from supporters online, FIFA, UEFA and the Premier League have announced their intentions to fight-back against the project.

UEFA have already threatened to ban the sides involved in the Super League from European competitions this season, with players who make the switch set to be barred from the World Cup and European Championships.

Jamie Carragher added that he now feels hopeful the Super League plans will be ripped-up after listening to the likes of Bamford, as well as Reds boss Jurgen Klopp and James Milner, speak-out against the project.