Murray put Forest ahead inside 10 minutes before adding a second-half penalty to mark his first start for Forest since joining from Brighton.

Anthony Knockaert then converted from inside the area midway through the second half to secure all three points.

Wycombe mustered just one shot on target all match and remain rooted to the bottom of the Sky Bet Championship table.

Murray started life at Forest in style as the 37-year-old latched on to a Gaetan Bong long ball and deftly lobbed the ball over Ryan Allsop in the seventh minute. 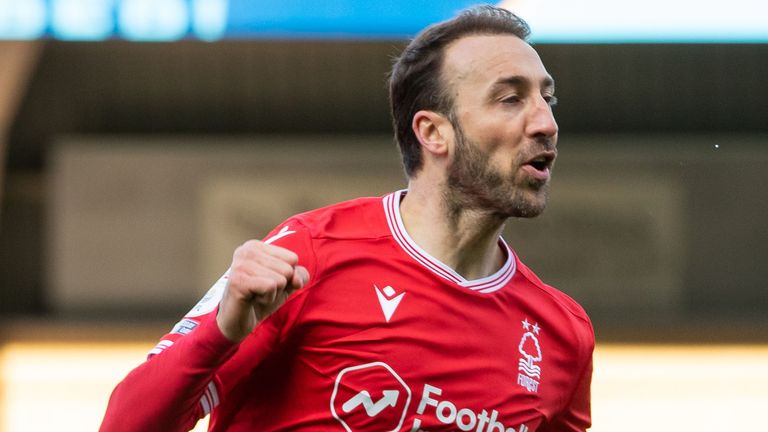 Allsop’s midweek heroics helped earn Wycombe a precious point against Birmingham and the stopper had to remain alert 10 minutes later, getting down smartly to turn Knockaert’s shot onto a post and away to safety.

Having dragged a shot wide early on, Uche Ikpeazu looked the most likely for Wycombe and he sent a header looping over the bar before another shot was smothered by the Forest defence and cleared.

Despite the Wycombe pressure, Brice Samba was yet to be tested in the Forest goal but had to stay alert as Jordan Obita found his range and his 35-yard free-kick flashed narrowly over the bar.

The hosts did eventually find the back of the net through an Ikpeazu header, only for it to be ruled out for offside.

The second half began with Wycombe’s first shot on target, although Ikpeazu’s acrobatic overhead kick was tame and straight at Samba.

Minutes later Wycombe were undone by another long ball, this time from Tobias Figueiredo. Murray was again on the end of it, controlling with his chest before being pulled back by Jack Grimmer inside the area.

The referee pointed to the spot, with Murray stepping up to grab his second of the match.

After doubling their lead Forest were looking to extend it further with a Cyrus Christie drive seen safely over the bar by Allsop for a corner and substitute Joe Lolley also blasting wide from range.

It was Lolley who provided Forest’s third goal, with his low cross met by Knockaert who smashed home from inside the area.

There was still time for further efforts on goal from Knockaert and substitute Lyle Taylor, whose shot flashed past the outside of a post, but the visitors had done enough to secure all three points.