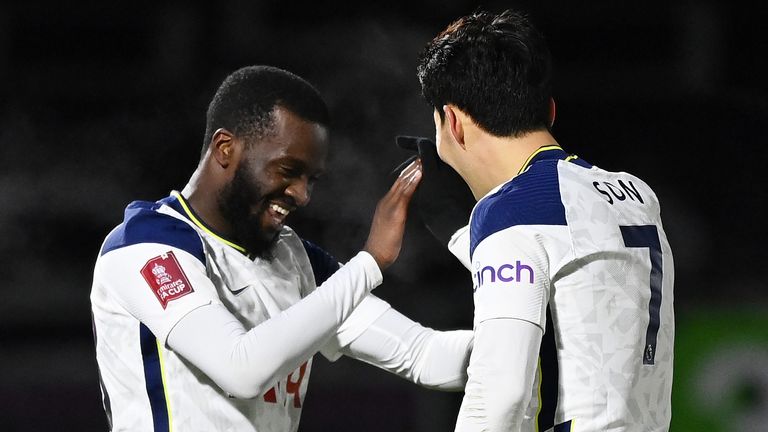 Tottenham survived an FA Cup scare as a late flurry of goals saw off a spirited Wycombe 4-1 to set up a fifth-round tie with Everton.

Fred Onyedinma slotted Wycombe ahead midway through the first half as a much-changed Spurs were punished for their early wastefulness at Adams Park.

Gareth Bale hauled Spurs level on the stroke of half-time, converting his fourth presentable chance, but a stubborn Wycombe refused to roll over, forcing Jose Mourinho to turn his star-studded bench to avoid extra-time.

And, with four minutes remaining, Spurs’ quality finally told as Harry Winks’ first FA Cup goal and a late double from Tanguy Ndombele dumped Gareth Ainsworth’s side out after a valiant effort.

Tottenham host champions Liverpool in the Premier League on Thursday at 8pm, while Wycombe travel to Brentford in the Sky Bet Championship on Saturday at 3pm.