Barcelona coach Xavi was left ‘p***ed off’ after his team were beaten 2-0 by Bayern Munich in the Champions League.

Despite registering 18 shots to Bayern’s 14, the German champions emerged victorious at the Allianz Arena thanks to second-half goals by Lucas Hernandez and Leroy Sane to take control of Group C.

Xavi’s side were left to pay for profligacy in front of goal and the coach made no secret of his irritation afterwards. 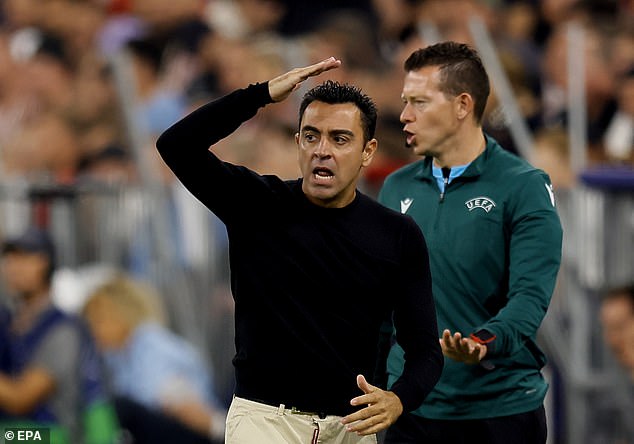 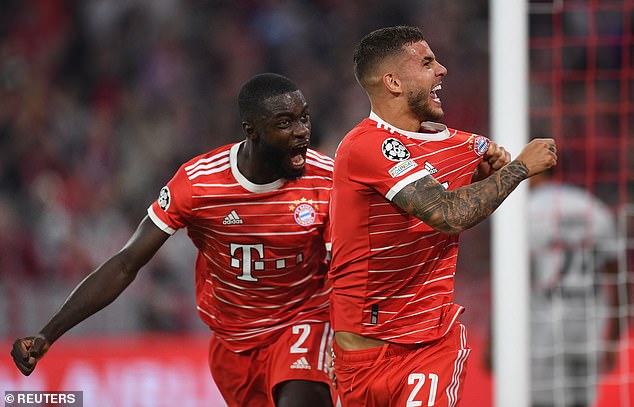 ‘I think we were better, we dominated them. We made six or seven big goal chances but missed them and Bayern took their opportunity.

‘We competed, we played very well and had we scored it would have been a completely different match.

‘This is the Champions League though, you need to compete and you try to avoid the marking error at the corner which let them go 1-0 up.

‘No way should our rival be allowed to score from a failure of marking at a corner when we have the match under control. 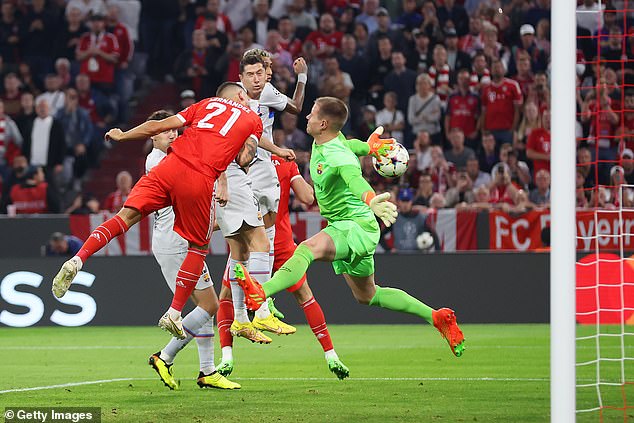 ‘Or to score down the middle on a counter-attack. We must learn from these mistakes. We can’t let them off the hook so much.

‘I’m leaving here pretty hacked off because this was a night to win. But I’m also feeling proud of the team.

‘However, it’s about winning and we’ll need to compete better in crucial moments like the two goals and to be more effective when we create chances.’

Bayern crushed Barcelona 3-0 both home and away when they met in last season’s Champions League group stage, so this represented a slight improvement.

But Xavi was still left frustrated as his team’s unbeaten start to the season came to an end in Bavaria. 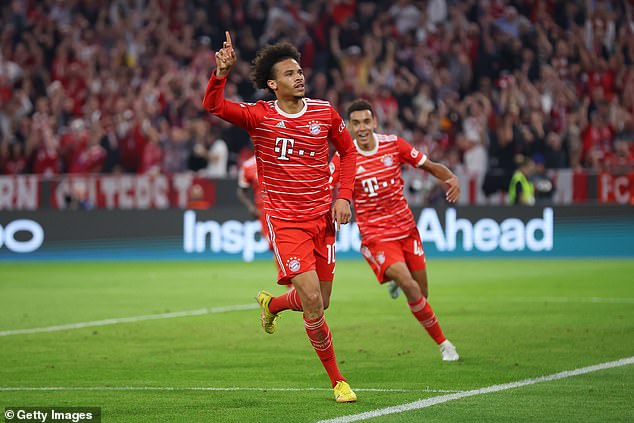 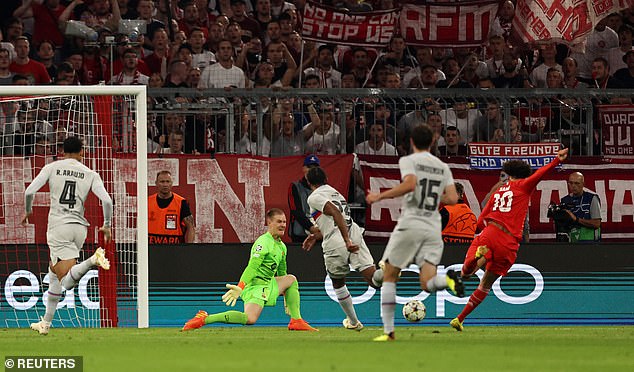 With Inter Milan beating Viktoria Plzen 2-0 on Tuesday night, a great deal hinges on the upcoming meetings between Barcelona and Inter Milan.

The two heavyweights meet at the San Siro on October 4 and in the Nou Camp on October 12. Both have picked up three points in the group so far.

Bayern coach Julian Nagelsmann dismissed concerns over Sadio Mane’s sharpness after the £35million summer signing from Liverpool failed to have a shot against Barcelona.

‘He put in so much for Liverpool,’ Nagelsmann said. ‘He’s a new signing, he just needs to adapt. He was trying. I’m certain he will succeed for us.’

On the match, Nagelsmann added: ‘In the first-half, Barcelona had the better chances than us; our final ball wasn’t quite there.

‘It was much better in the second-half, and our efficiency made the difference.’