Zinedine Zidane insisted Real Madrid will not give up in the LaLiga title race as he hailed a professional performance in Tuesday’s 2-0 win over Getafe.

Second-half goals from Karim Benzema and Ferland Mendy at the Alfredo Di Stefano Stadium lifted the champions three points clear of Barcelona into outright second in the table.

They remain five points behind leaders Atletico Madrid and have now played two games more than their city rivals, but Zidane says the fight will go on. 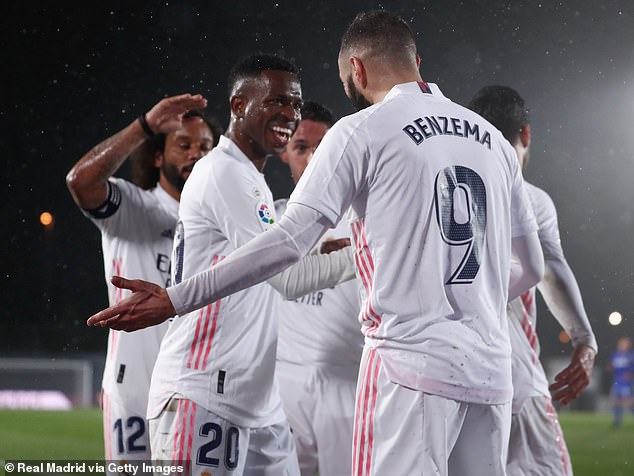 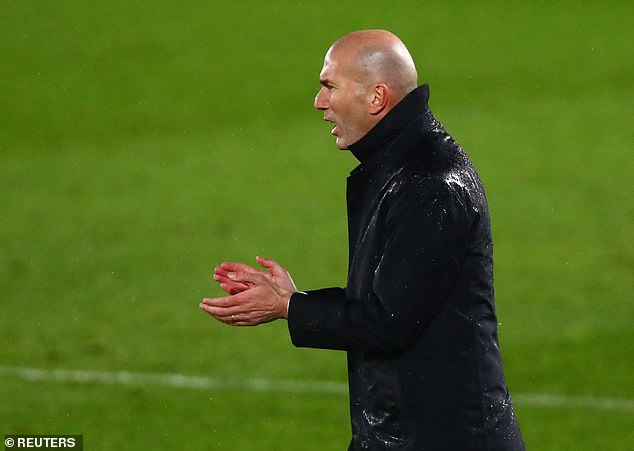 ‘That’s what we’ll try to do, even though it might be difficult. We believe in ourselves. There are a lot of games to go and it’s all still to play for.’

Real were weakened by the absence of a number of players through injury and played full-backs Mendy and Nacho in a makeshift back three, but experienced little alarm against a Getafe side who posed little threat. 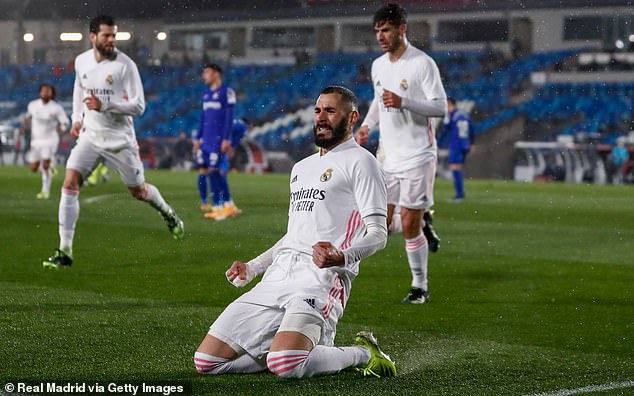 Zidane said: ‘We used this system to adapt to the situation, given that we’ve got a lot of players out. We managed the game well without having worked on it that much.

‘I’m pleased for the players because they performed really well defensively. Our attitude was exemplary out there.

‘We’re just going about our business. There are 48 points to play for and we’re just going to keep focusing on ourselves. We have to fight, keep working hard and not look what anyone else is doing.’