Croatia boss Zlatko Dalic has claimed that Argentina’s first-half penalty was ‘very suspicious’ and believes his side should have had a corner in the build-up – as he insisted Lionel Messi’s strike took the semi-final ‘in a different direction’.

Messi opened the scoring for Argentina in the 34th minute from the penalty spot and his side never looked back as they went on to defeat Croatia 3-0.

It was a goal that made him Argentina’s record World Cup scorer but the choice to award the penalty proved to be very controversial – with the likes of ITV pundit Gary Neville hitting out at the referee’s decision, while Luka Modric claimed referee Daniele Orsato was a ‘disaster’. 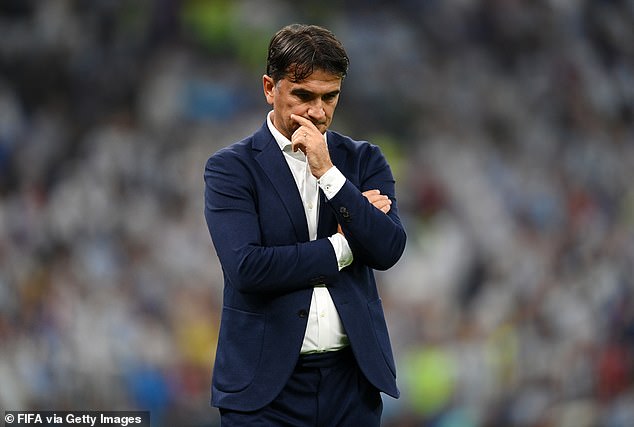 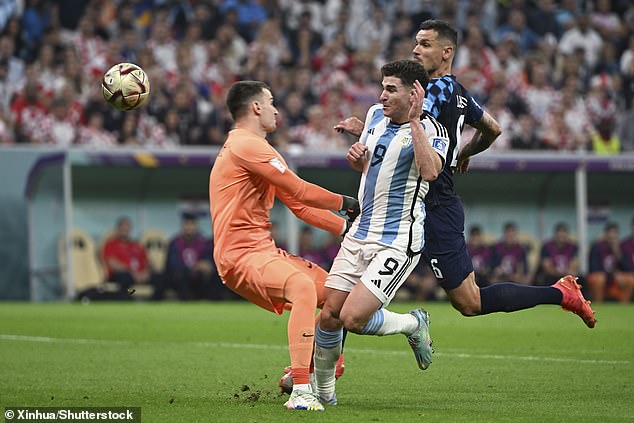 Croatia’s goalkeeper Dominic Livakovic had come charging out with Alvarez in the clear – only to clatter the forward as he attempted to go around him.

Orsato had no hesitation in pointing to the spot to hand Argentina the early advantage with Livakovic failing to get the ball and instead taking out the player.

Speaking after the game, the Croatia boss said: ‘We played well for half an hour but we were not specific in our actions. We conceded a goal which was very suspicious.

‘First the situation for the corner — according to the reaction of my players, the referee didn’t call it. Then the situation with the penalty. It was a little bit too cheap and too easy, to be honest.

‘Then we tried to go back and we conceded a second goal. We had ball possession but we made no specific opportunities.’ 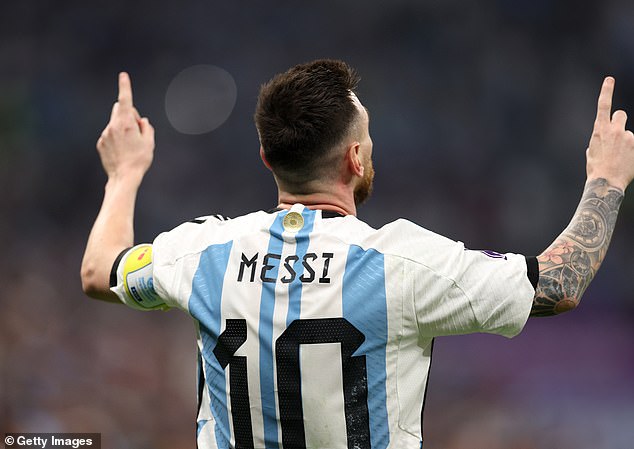 He added: ‘They had control over us and the ball possession was not in our hands. We had a corner that was called by the referee and then a counter-attack where our goalkeeper did what he did and these new rules…’

Messi was involved in Argentina’s second goal too, flicking the ball onto Alvarez, who dribbled from inside his own half into the Croatia box and beat Livakovic following two fortunate bounces off Josip Juranovic and Borna Sosa.

The 35-year-old burst into life once more with 20 minutes to go in what was the pick of the bunch. 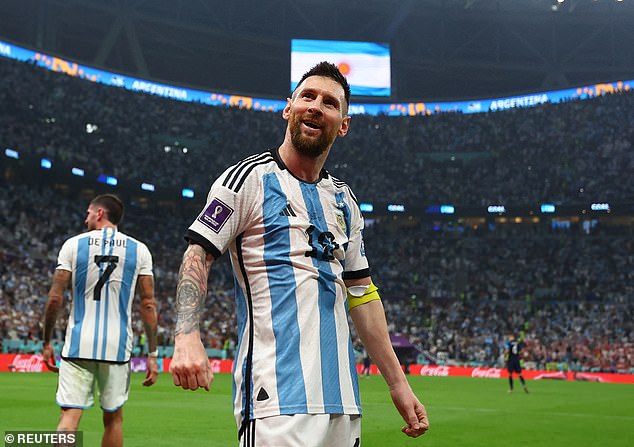 Messi mesmerised World Cup star defender Josko Gvardiol and left him for dead on the byline before finding Alvarez who put the game to bed.

But a frustrated Dalic added: ‘Otherwise I will not say that we will be objecting to the referees (but) I think the first goal took the match in a different direction.’

He went on to say that he ‘couldn’t blame my boys for anything’. ‘We were in control for the first half hour, but then we conceded a goal after that penalty,’ he added.

‘Sometimes luck favours you, sometimes it comes back to you in a different way. From what I understand, the boys protested against the corner. We conceded a goal from that action. But we lost the game and I have nothing to complain about.’