Home » Sports News » A handy horse in England, but great in Australia: Why is Zaaki a star?

On a cold autumn day in Newmarket, Suffolk, hundreds of tried racehorses are moving in and out of the sales ring in search of a new home.

Just shy of 12 months ago, on Tuesday, October 27, a gelding named Zaaki is led around the sales ring. His ears are pricked as the auctioneer screams out bids from those willing to give the multiple group 3 winner a second lease on life. 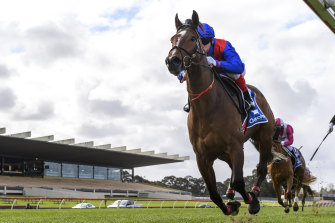 The bidding stopped at 150,000 guineas ($300,000) to Annabel Neasham, a British-born former assistant trainer to Ciaron Maher who had just ventured out onto her own in Sydney, and bloodstock agent Stuart Boman.

Boman had long had his eye on the son of Leroidesanimaux, an obscure Brazilian stallion, who had been crowned America’s champion male racehorse back in 2005.

Never in the wildest dreams of Neasham or Boman did they think Zaaki would take Australia’s weight-for-age middle-distance racing by storm, to the point where he would line up in Saturday’s Might And Power Stakes as a $1.28 favourite.

Bookmakers have already paid out on Zaaki to win this year’s Cox Plate, such has been the clinical nature of his six straight wins (one of which was stripped from him after he tested positive to a prohibited anti-inflammatory).

So, how easy is it to go to Europe and find a tried horse who can take a stranglehold on Australian racing?

Henry Plumptre, chief executive at Cambridge Stud and a former managing director at Godolphin Australia, is as experienced as they are when it comes to importing horses.

The English-born horseman says he’s not surprised to have seen Zaaki do what he has done, arguing the European middle-distance form is lengths better than here in Australia.

“I think it probably just underlines the strength of middle-distance racing in Europe. That’s what it says to me,” Plumptre says. 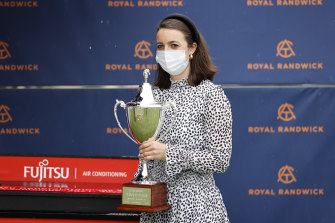 “It’s traditionally been the elite grounds for middle-distance horses around the world, particularly around that 2000-metre mark, and you traditionally have to be an elite horse to mix it with horses over there.

“The sort of races that [Zaaki] raced in, he did do some of the two-year-old group races, he did race in a couple of the 2000 Guineas lead-ups, and he ran some nice races without ever threatening to win.

“But we raced a horse when I was at Godolphin that had not as many races as Zaaki over there, a horse called Contributor. He was probably the best of a good group of horses that was sent down; he won two group 1s in his time here, one over seven furlongs and one over a mile, and he was favourite for the Queen Elizabeth and was scratched the night before the race because he was lame.

“You could say he was improved by coming to Australia, or maybe he just wasn’t as good as those middle-distance horses in Europe.”

Seymour Bloodstock’s Mark Pilkington, who has imported the likes of Mirage Dancer, Rostropovich and Neufbosc to Australia, as well as Saturday’s Herbert Power favourite Floating Artist, says Zaaki’s “lack of performances” in Europe is overplayed.

“He wasn’t a camel over there; he was a pretty handy horse, good enough to travel to Hong Kong and feature, so I think that’s a bit of a misnomer,” Pilkington says.

“No doubt he’s improved down here. Probably like a lot of them that have come out here before, the ones that suit the Australian style of training [go well].

“The big thing that’s been missed with him too is he’s been gelded I believe. They’re two big factors, and then he’s obviously suited [Australian racing]. 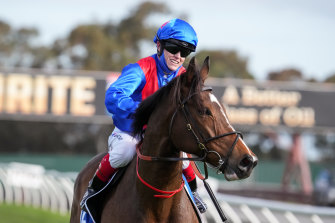 Craig Williams was all smiles aboard Zaaki in the mounting yard after the Underwood Stakes.Credit:Racing Photos

“There have been plenty of others that have come and failed in the past 20 years too. That’s the bit that’s probably left out of the discussion.

“He was a pretty talented horse already, they gelded him, and he’s thrived under Annabel’s tutelage. You just look at him and think, ‘I want one’.”

Leneva Park’s general manager Mick Sharkie believes there are more Zaakis out there. Later this month, the next instalment of the Tattersalls Autumn Horses In Training sale will go ahead and Australians will be out there in droves trying to find the next superstar. Last year’s Melbourne Cup runner-up Tiger Moth is among the horses on the market.

“As far as going and finding more horses like him, 100 per cent there would be dozens of horses that you could find that have similar profiles to Zaaki, that people will probably give more consideration to now,” Sharkie says.

“But that’s not to say any of them will come here and plug into Australian racing and race with the same impact. It’s really difficult; so much can go wrong. You’re buying a used car, effectively [and] you’re buying them from the other side of the world.

“I don’t think it’s as simple as you go and get a group 3 horse in Europe, and it’s a group 1 horse in Australia because we’ve seen a lot of very good horses come here, and they haven’t worked out.

“With Zaaki, it’s probably more a fact he’s a horse with some talent and for some reason, the Australian climate, the Australian training [methods] and the Australian [racing] conditions, it’s all just worked together as a perfect recipe to bring out the very best of his talent.”

But Sharkie admits that while Neasham has got the absolute best out of Zaaki, his dominance reflects negatively on the strength of Australian racing.

“Australian middle-distance racing is the weakest demographic in this country,” he says.

“You only have to look at Winx’s history; she was the most dominant horse in the weakest demographic.

“She was beating most of the same horses a lot of the time. Zaaki’s just doing the same thing at the moment.”