TOP SPIN AT THE TEST: Stuart Broad has now dismissed David Warner more often than any other Test batsman… while world No 1 Marnus Labuschagne’s average drops below 60 for the first time in almost a year

England delivered an encouraging performance in a rain-affected first day of the fourth Ashes Test in Sydney. 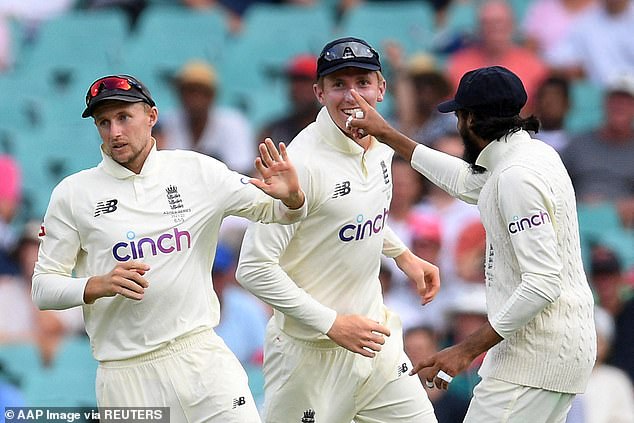 And there’s a big gap to the fourth name on the list — Indian quick Umesh Yadav, who has taken Warner’s wicket six times.

On the other side of the coin, Broad has dismissed Warner more often than he has any other Test batsman.

Second is former Australia captain Michael Clarke, on 11, with New Zealand’s Ross Taylor and South Africa’s AB de Villiers next — each falling to Broad on 10 occasions. 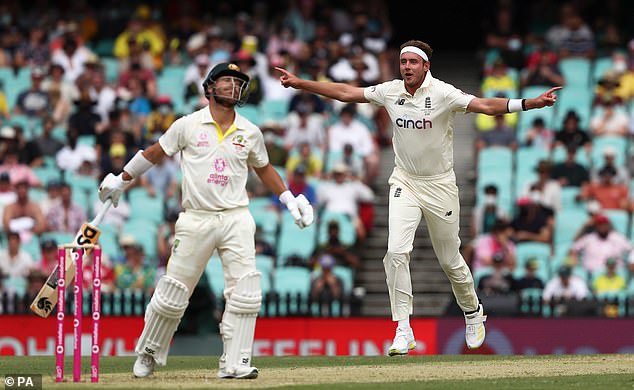 For the first time in almost a year, Marnus Labuschagne’s Test average dropped below 60 after he was caught behind off Mark Wood for 28.

In the endless round of Covid news, England’s strength and conditioning coach Darren Veness was out of isolation on Wednesday, and spin coach Jeetan Patel is due out soon.

Fast-bowling coach Jon Lewis is expected to fly directly to Hobart for the fifth Test — missing all of this game. Head coach Chris Silverwood remains in isolation in Melbourne. 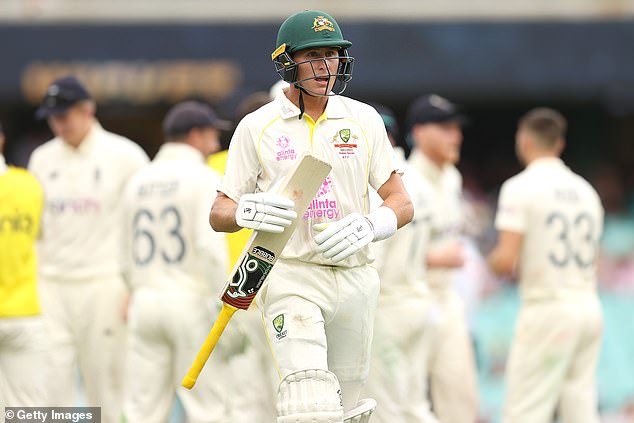 For the first time in almost a year, Marnus Labuschagne’s Test average dropped below 60