Ashley Mallett, among the greatest of Australian spin bowlers and also a prolific writer, died in Adelaide on Friday after a battle with cancer, aged 76.

By taking 132 Test wickets at 29.84 from 38 matches between 1968 and 1980, Mallett earned universal respect as an off-spin bowler of the highest quality. He was also a steel trap in the gully, earning the nickname “Rowdy” for his undemonstrative mien. 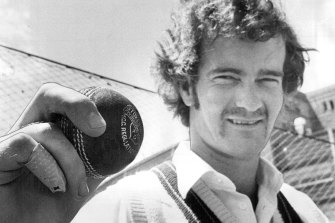 In 1967, Mallett and his fellow West Australian spinner Terry Jenner took the train from Perth to Adelaide and rolled into the Strathmore Hotel on North Terrace to be greeted by the South Australian batter and later journalist Alan Shiell. Their move to more spin-friendly climes would reap Test caps for both, but it was Mallett who shone brightest.

He won selection for the 1968 Ashes tour after just one Sheffield Shield season, and thereafter was the most constant slow-bowling ally to a period defined by the captaincy of Ian Chappell and the pace of Dennis Lillee and Jeff Thomson. 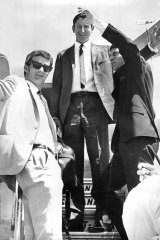 In an era of alpha males, the diffident, well-read Mallett was a counterpoint, teasing out opponents with flight, turn and bounce delivered from a high arm over the top of the stumps. His bowling was most critical to series victories in India in 1969 and the epochal Ashes series of 1974-75, when Lillee and Thomson were beautifully augmented by Mallett’s 17 wickets at 19.94.

As a consequence, Mallett was fondly regarded by both Ian and Greg Chappell, even though the Australian selectors tended not to maintain their faith at times. A similar attitude was famously conveyed by Kerry Packer, when he claimed that Mallett would have to personally dismiss him in a net session before he would be signed for World Series Cricket. Mallett, understandably, did not take kindly to the suggestion.

After his final Test, the Centenary match at Lord’s in 1980, Mallett wrote expansively both for newspapers and publishers, including worthy biographies of his forebear Clarrie Grimmett and his captain Ian Chappell.

This year, though clearly in the latter stages of his illness, Mallett completed an entertaining and at times revelatory biography of Neil Harvey.