A leading Indian supporter group is planning a Boxing Day Test ticket ballot with splits for the Test set to be roughly proportional to usual divisions despite the fact the MCG will be at greatly reduced capacity.

The state government announced late last month that the crowd for the jewel in Melbourne's cricketing crown would be capped at around 25,000 per day, leading to the prospect that supply would easily exceed demand. 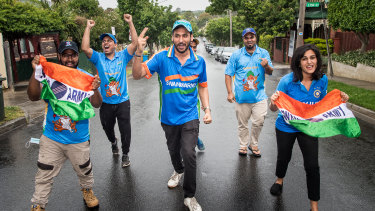 Victoria's run of 12 consecutive days with no new coronavirus cases has boosted hopes that the cap could be lifted beyond 25,000, but whatever the capacity ultimately is, tickets will be split pro-rata in accordance with the usual share of the pie, according to sources close to the situation on Wednesday.

The Melbourne Cricket Club reserve equates to roughly 25 per cent of MCG capacity, and it is likely MCC members would be handed around 25 per cent of whatever tickets are on offer for the Test. Corporates and AFL members, who also have rights to the Test in normal circumstances, will be taken into account too.

Cricket Australia chief Nick Hockley told SEN earlier in the week that the governing body was trying to be "as fair as we possibly can" when it came to the split of tickets between members and general public.

When the two sides last met on Boxing Day two summers ago, 73,516 flocked to the 'G for the first day of the match, which drew 176,539 overall. Last year’s Boxing Day Test featuring New Zealand drew more than 200,000. 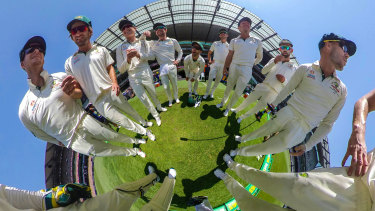 Circling in: The Australian team huddle on the MCG during day four of the Boxing Day Test.Credit:AAP

Melbourne-based cafe owner Angadh Singh Oberoi, who runs the Swami Army supporter group of Indian cricket fans, said the fact interstate and overseas travel had been made more difficult this year had eased pressure on demand for tickets.

He said the tickets the Swami Army receive will be dished out via a ballot.

"We've been in discussions with Cricket Australia about numbers," Oberoi said on Wednesday.

"They seemed a little bit optimistic that it might extend beyond the 25,000 but who knows?

"We've put in a request for a couple of hundred to start with, to see how that goes. Obviously travel between states and from overseas is compromised at the moment so we're not having expectations of a few years ago where we had a few thousand each day. It's a lot different this time around."

Oberoi said that demand for tickets in the group was particularly high for the series-opening, day-night Test at Adelaide Oval. That will prove to be the only match of the series featuring Indian captain and superstar Virat Kohli, who will head back to India following the first Test for the birth of his first child.

"There's a lot of interest in the day-night Test [in Adelaide] because we're getting inundated with requests for that. So there is certainly demand but it's whether all the logistics and ticketing can come together in time for it," Oberoi said.

CA announced earlier this week that there would be no increases to ticket prices for this summer's men's home international fixtures.

CA is hopeful that more than 25,000 could be allowed into the 'G on Boxing Day, deciding not to sell tickets for the match until December 11 in a bid to create flexibility.

"If we can safely get more in, then we will," Hockley said.