Head's tail between his legs

How costly will this moment be for Australia? Head drops Rahane on 104 not out, just before stumps on day two. 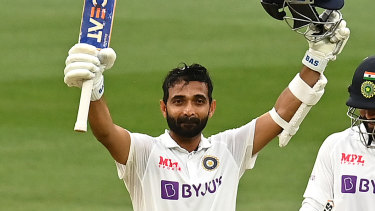 Hello and welcome to The Age and Sydney Morning Herald's rolling coverage of day three of the Boxing Day Test between Australia and India live from the MCG.

The tourists find themselves in a very strong position ahead of the resumption of play, leading Australia by 82 runs with five wickets in hand.

Stand-in Indian captain Ajinkya Rahane has led his team superbly with an unbeaten century, but it must be said some very sloppy fielding from the Aussies has also played its part in India assuming control of the match.

A host of catching opportunities were grassed by the hosts on day two, most notably Travis Head's diving effort which he actually got a hold of before extraordinarily letting slip, to give Rahane a life.

Australia need some quick wickets in the morning session otherwise this contest could quickly slip away from them.