Britain’s Joss Lowden has broken the UCI Hour Record by covering a distance of 48.405 kilometres at the Grenchen velodrome in Switzerland.

The 33-year-old added almost 400 metres to the previous mark of 48.007km set by Italian Vittoria Bussi at altitude in Aguascalientes, Mexico in 2018.

Lowden was up on the required time virtually throughout her attempt, having gained confidence by breaking the record in training earlier in the year.

“I’m relieved,” Lowden said. “I think I’d made it a bit dramatic really, really worrying and getting nervous with a lot of self-doubt, and actually it wasn’t that bad…

“I knew the record split of (18.7 seconds per lap) I could do comfortably, it was just trusting in that.”

Lowden’s distance not only broke Bussi’s official record, but also the “absolute record” of 48.159km covered by Jeannie Longo in 1996 using an aerodynamic position banned by the UCI.

Lowden, who rides on the road for Drops Le Col, is not a track specialist, but had been preparing for her shot at history with partner and aerodynamicist Dan Bigham – a multiple British national champion on the track.

She chose an unconventional approach, riding three events on the road at last week’s World Championships rather than focusing purely on the track in her build-up. 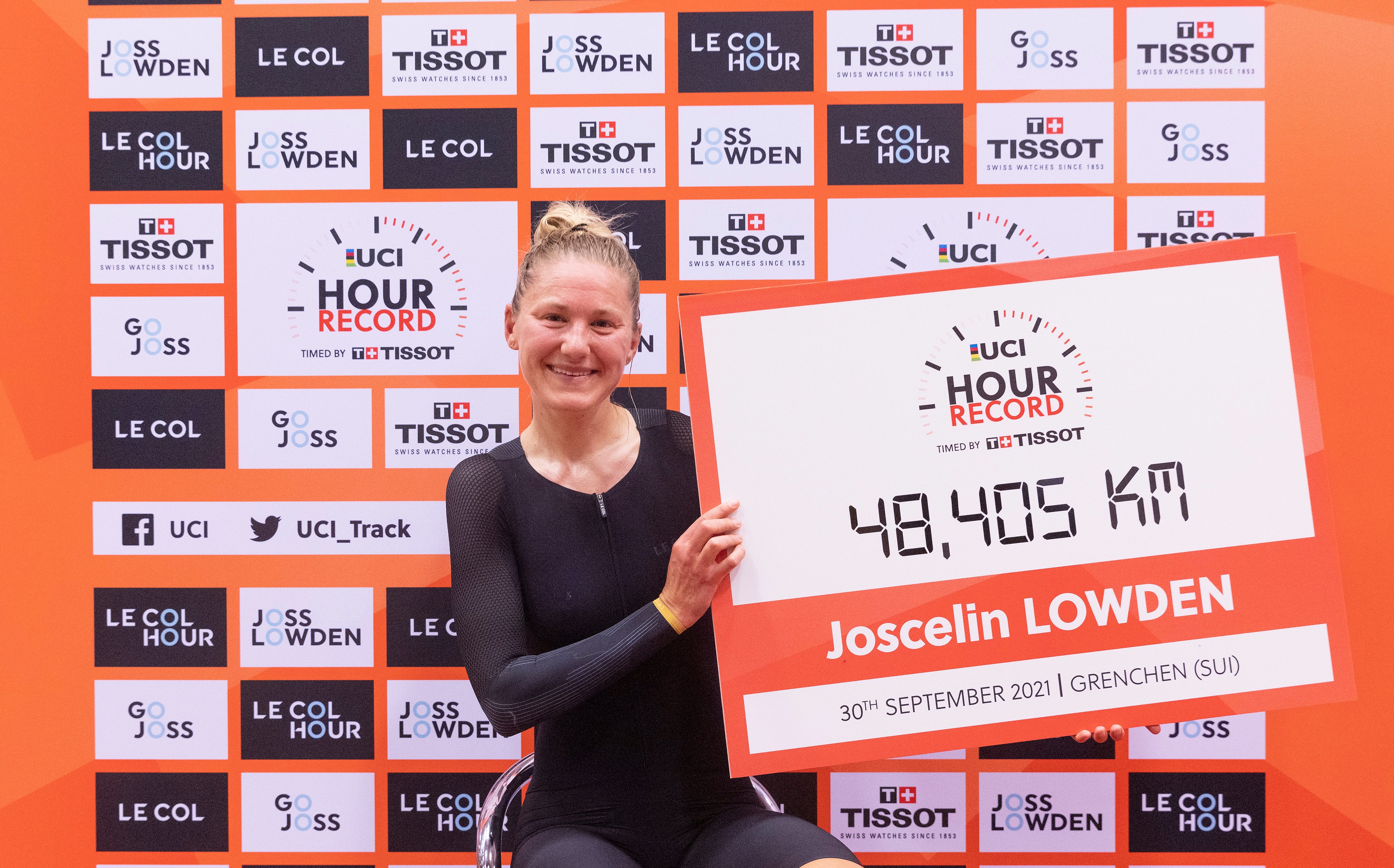 “It was conservative,” she said of her ride. “I played it safe. It was definitely a controlled effort.

“Maybe I’ll look back and say I should have tried harder, but looking back at the preparations, riding the World Championships and the fact there’s the Women’s Tour next week, I rode it the way I wanted to ride it and I can’t be unhappy with how it went.”

Lowden will be back at the velodrome on Friday to support Bigham in his own record attempt. However, even if the 29-year-old beats the distance of 55.089km set by Victor Campernaerts in 2019, Bigham will not be eligible for the UCI record as he is not in the World Anti-Doping Agency’s testing pool.

He can, however, break the British record, currently held by Sir Bradley Wiggins at 54.526km.