Days after heralding a new-look board and direction, Canberra Racing’s leading stables can celebrate a multi strike at Sunday’s feature Nowra meeting.

And there’s no prizes for guessing who’s leading the raid on the NSW South Coast. 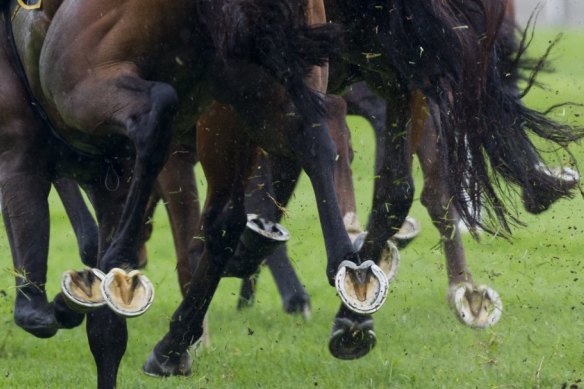 Nowra will host an action-packed card on Sunday.Credit:Jenny Evans

On a track that should keep improving back to around a Heavy 8 rating, one of the national capital’s more emerging gallopers is set to return to the winner’s list in the feature Mollymook Cup Benchmark 66 Handicap over 1200m.

Yet to miss a place in six starts, including back to back wins to begin her career nearly 12 months ago, Allgemeine resumed for a second prep as a short-priced favourite with a close second to Goulburn five-year-old Shaddy, who he again meets at Nowra.

Two weeks later he stepped up to tougher BM 70 grade again as a heavily backed favourite, but found one better after getting badly held up early in the straight.

Drawn a bit further out at Nowra, the daughter of Japanese superstar Maurice is seemingly ready to peak for a stable that still has plans to tackle some metropolitan races later in the year before she is set for Canberra’s 50th year Black Opal carnival in March.

Earlier in the meeting, veteran Canberra trainer Keith Dryden saddles up another progressive four-year-old mare in Sweet Honesty in a Benchmark 58 Handicap over 1400m honouring the late trainer Bede Murray.

An exciting daughter of Nicconi, Sweet Honesty returned to racing with a dynamic win from the back in a Class 1 over 1200m at home, run in very heavy conditions.

That made it two straight wins after capping her last prep with a similar style win in a Maiden at the Sapphire Coast.

And the yard has shown its intention by booking a 4kg-claiming jockey to offset a sharp weight increase, and she’ll now carry the same weight of 55.5kg in Sunday’s race.

Like Allgemeine, Sweet Honesty is also on the radar for a Highway or even midweek metropolitan start if she puts this field to the sword.