The Big Bash League may be without some of Australia's biggest names but there is still much to look forward to when BBL10 thunders into action next Thursday night. 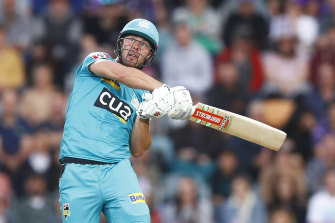 X-factor: Tom Banton. After taking the BBL by storm in 2019-20 with some dazzling performances (including the second-fastest BBL half-century), all eyes will be on returning English superstar Banton. Despite a lean showing in the Pakistan Super League, and inconsistencies at international level, the 22-year old is adamant that the COVID-enforced break has allowed him to get his game back to its dominant best.

Overview: With coach Lehmann at the helm and original "Bash brother" Chris Lynn leading the team on the field (while his body permits), there’s no doubt that the Heat will once again be looking to bludgeon their way into finals contention through a game centred around aggression and power. The one-two combo of returning spinners Mujeeb Ur Rahman and Mitch Swepson also offers reliability, but Mujeeb has tested positive for COVID-19 while in quarantine, which will delay his entry into the tournament. Questions remain regarding the depth of the team's pace battery. With lean showings in their past three tournaments despite their rotation of big hitters, it remains to be seen how their insistence on a willow-power approach will fare in BBL10.

X-Factor: Mac Wright. The young gun has only had a brief taste of first-class cricket but he’s already shown he’s a force to be reckoned with against the white ball. The 22-year-old made a century for Tasmania against NSW last year before a pair of half-centuries for the Hurricanes. He is one to watch.

Outlook: The Hurricanes have been thereabouts for several seasons in a row but have failed to deliver come finals time. But they look to again have a squad that can contend for the title. The acquisition of Englishman Dawid Malan, the world’s No.1 T20 batsman, is a huge coup, bolstering a top-order which already features D’Arcy Short, Ben McDermott, Mac Wright and when available, Matthew Wade. The returning Tim Paine provides useful experience too. Riley Meredith impressed with the ball last summer, and if spinner Sandeep Lamichhane can replicate his best, Hobart will be a very tough team to beat.

X-factor: Aaron Finch. It may be unimaginative to put Finch in this category but the veteran opener is the man who will shape the Renegades' hopes. He had a relatively modest 363 runs last season. If that goes above 500 this summer, the Renegades will be back in finals contention. South African leggie Imran Tahir can also turn a game.

Outlook: 2019-20 was a season to forget, for the Renegades finished last, having opened their campaign with nine straight defeats. In what was a baptism of fire for rookie coach Klinger, the Renegades had import problems and a list that lacked punch. Veterans Dan Christian and Tom Cooper have left, while all-rounder Will Sutherland will take on greater responsibility. Afghanistan pair Noor Ahmad and Mohammad Nabi, the latter the world's No.1 T20 all-rounder, are in quarantine and will miss the initial matches. Shaun Marsh will be the top-order anchor while BBL spies say to keep an eye out for Sam Harper. Just how the Renegades handle having their first nine matches on the road will shape their season.

X-factor: There are a few Stars that could fall into this category. Cartwright had just found his groove before injury ruined his 2019-20 campaign. Marcus Stoinis is coming off a break-out season where he was the tournament's leading run-scorer, with 705 at 54.23 and a turbo-charged strike rate of 136.62. He can rip a contest open in one over. Much will also be expected of leggie Adam Zampa. 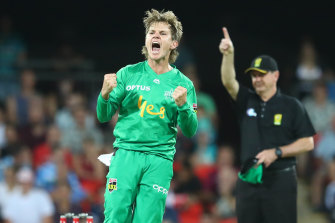 Outlook: It's been back-to-back grand-final heart-ache for the green team but the glamour club is again among the championship favourites. Cult heroes Haris Rauf and Sandeep Lamichhane may be gone, so too local lad Peter Handscomb, but the depth still appears stacked. Maxwell has emerged as a fine skipper and his form to start the international summer has been nothing short of breathless. How Will Pucovski adjusts to the bite-sized format will be intriguing. As is the case with the Renegades, how the Stars handle a hub life that means their opening nine matches are on the road will define their season.

X-Factor: Jason Behrendorff. You could argue he is the forgotten man of Australian cricket, but it was only 18 months ago that he ripped through England with 5-44 at Lord’s in the 50-over World Cup. His entire 2019-20 season was wiped out with a back injury, but the left-arm quick has proven himself to be world-class and if he can regain his touch he will again provide headaches for opposition top orders.

Outlook: Once the undoubted yardstick of Australian domestic T20 cricket, the Scorchers have fallen on hard times over the past couple of seasons and no longer carry their aura of Justin Langer’s dominant sides. Their batting has been patchy but the overseas trio of Colin Munro, Liam Livingstone and Jason Roy has the potential to take the competition by storm. But Perth’s dominance was generally built on their quicks, and that’s where there’s huge upside. With Behrendorff and AJ Tye – who also missed last season through injury – back, the Scorchers have two of the best white-ball bowlers in the country to lead their attack. With Jhye Richardson and veteran Fawad Ahmed also on their books, Perth could yet return to their incredible containment days of yesteryear.

X-factor: Lloyd Pope. The redhead with the killer wrong-un has the tools to become a cult figure by the end of BBL10. The leggie struggled with his control in the Shield but bowlers who can spin the ball two ways are priceless in this format.

Outlook: The Sixers are blessed with star power which will make them hard to beat come finals time, but the reigning champions need their rank and file to get them there. Moises Henriques, Josh Philippe, James Vince and Daniel Hughes form a solid top order that should be available for most of BBL10. Tom Curran, Dan Christian and Carlos Brathwaite give the side flexibility but with Sean Abbott in the Test squad they lack pace firepower. The move away from the SCG due to the pandemic-enforced floating fixture takes some of the edge off their strong spin stocks.

X-factor: Adam Milne. Not many teams can boast a player capable of clocking 150 km/h like the Thunder's Kiwi import. Of course there is that danger that he could disappear to the rope just as quickly but if he can become a consistent wicket-taker the western Sydney team will have a strong addition to their list.

Outlook: One win away from last season's final, the Thunder have added three players with international experience – Sam Billings, Adam Milne and Ben Cutting – who should feature prominently in their campaign. Further improvement should come from Usman Khawaja, who was well below his best last season but at his top can be one of the dominant players of the league. If he clicks and Alex Hales fires again, watch out. Daniel Sams needs to back up his stellar season while Chris Green's return after remediating his action bolsters their attack. If their topliners fire, the Thunder can again challenge.