Home » Sports News » Cricketers and COVID: look over there!

You could see Cricket Australia’s position. South Africa, for all its charms, does not look like much of a place to visit just now as it tries to loosen the grip of a more contagious COVID variant scarcely seen here yet. The Australian government advises against going there.

You could see Cricket South Africa’s position. They’d bent over backwards to create a bio-secure bubble even more watertight than they built for Sri Lanka when they visited for two Tests recently, passing through without incident. Now an already impecunious cricket board would take another hit. 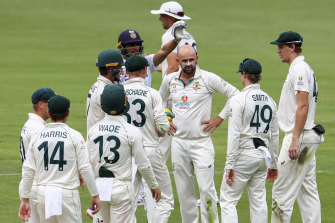 You could see why South Africa would not countenance switching the series to Perth. It would give away the home advantage. Contrary to impressions, Perth is not South Africa’s easternmost city.

If you were looking for other agendas, you could see that Australia had more reason to make the tour than not. By reneging, they’ve virtually played themselves out of the inaugural Test championship final at Lord’s in June. It has been one of their priorities this year. The Border-Gavaskar might not be the only trophy Australia lost on that extraordinary last day at the Gabba.

You could see why an Australian player might hesitate to insert himself into a COVID-19 hot spot right now. It has parallels to 1996, when Australia forfeited a World Cup game in Colombo because a massive truck bomb had just exploded there, and with London during the 2005 Ashes, when two bombs killed dozens and Jason Gillespie contemplated bailing out with his young family.

You could see with his eyes. Cricketers represent Australia, but not as soldiers do. They are expected to put their bodies and skills on the line, but not their health and wellbeing.

To that extent, you could see another, unarticulated reason for the Australians to shun South Africa. Towards the end of the Test summer here, their tolerance of hub life was threadbare. For some, it had been five months almost unbroken.

You could argue that it’s their choice and they’re well paid for it yada yada, but that does not ameliorate the everyday four-walls reality. Look at the tennis players who jacked up about two weeks of it. You could see how South Africa’s offer of un-impregnable isolation might have sounded as much like a sentence as a reassurance.

And then in almost the same breath, you hear that 20-odd Australian players are anxiously awaiting approval to play in the Indian Premier League in April, but perhaps not in India because it is a COVID hot spot, but whether in India or elsewhere, in these things called hubs.

You hear from CA chief executive Nick Hockley that, well, yes it’s COVID, but not the really bad new one, and they’re hubs, but they’re proven hubs, because the IPL has done them before, just a few months ago as it happens.

And then suddenly, you see.