Pat Cummins and Steve Smith have been interviewed by a Cricket Australia panel for the positions of captain and vice-captain of the Australian Test team.

This brings Cricket Australia a step closer to unveiling star fast bowler Cummins as Australia’s 47th Test captain, and returning Smith to a leadership position for the first time since the Cape Town ball-tampering scandal. 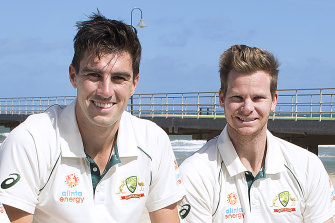 The interviews follow the dramatic resignation of Tim Paine from the captaincy, when his exchange of lewd text messages with a former Cricket Tasmania staffer was revealed last Friday.

Cummins and Smith are at a quarantined training camp on the Gold Coast ahead of the first Ashes Test in Brisbane.

Cummins and Smith have been widely seen as a standout leadership duo, given that as a former captain himself, Smith will be capable of stepping in whenever Cummins is forced to rest because of the rigours and injury risks of fast bowling.