Melbourne Cup-winning trainer Darren Weir has pleaded not guilty to two charges of conspiracy to defraud after he was committed to stand trial in a Ballarat Magistrates' Court.

Magistrate Ron Saines determined on Monday that there was sufficient evidence for a jury to find Weir guilty of conspiracy to defraud both Racing Victoria stewards and punters, despite Red Cardinal failing to perform in the 2018 Melbourne Cup. 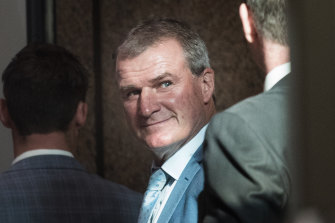 Police allege the trio conspired to defraud stewards and punters by taking part in an illegal covert training operation on October 30, 2018 at Weir's Warrnambool stables where they 'jiggered' horses Red Cardinal, Tosen Basil and Yogi with electric cattle prods while they ran on a treadmill a week before the Melbourne Cup in an attempt to enhance their performance on race day.

"My conclusion is there is sufficient evidence upon which these two charges could be proven beyond reasonable doubt," Magistrate Saines said in his findings.

"I propose to commit Mr Weir to trial on those two charges, and so too Mr McLean."

While Kermond's lawyer submitted that his client should escape the conspiracy charges as he was an employee and not a trainer, Magistrate Saines disagreed.

Defence lawyers also argued that the two indictable charges were duplicitous and that the conspiracy to defraud stewards charges were misconceived as stewards are not public officials. 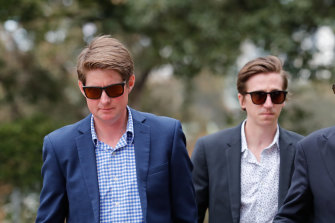 "The deception is to be looked at having regard to the nature of any public office held and not by strict statutory analysis of the legal status of that office," he said.

Weir will also defend two indictable firearms charges, while McLean has pleaded not guilty to betting and drugs charges.

Magistrate Saines did however dismiss one of the charges against McLean in which it was alleged McLean passed on corrupt conduct information to retired jockey William Hernan for betting purposes, finding that there was insufficient evidence in a transcription of a phone call between the pair for a jury to find them guilty beyond reasonable doubt.

Weir, McLean and Kermond must sign an undertaking of bail and provide the court with a static address while they await trial.

A directions hearing has been scheduled for November 19 in Ballarat, where the summary charges of animal cruelty will also be heard.