‘We live on but we don’t forget them’: Emotion high for jockey David Egan after St Leger glory at Doncaster after the deaths of the Queen and 13-year-old son of Grand National-winning trainer Henry de Bromhead

Jockey David Egan’s thoughts were with the two racing figures who have died in the last week after landing his first Classic on Roger Varian-trained Eldar Eldarov in the Cazoo St Leger at Doncaster.

The 23-year-old jockey said the death of the Queen and Jack de Bromhead, the 13-year-old son of Grand National and Cheltenham Gold Cup-winning trainer Henry de Bromhead, whose fatal fall while taking part in a pony race last weekend has left the Irish racing community in mourning, put his success into perspective.

‘It’s a week since Jack passed away and it was him who I thought about after the line,’ said Egan. ‘It is a great moment but it has been a sad week with everything that has happened with Her Majesty and Jack. We live on but we don’t forget them.’ 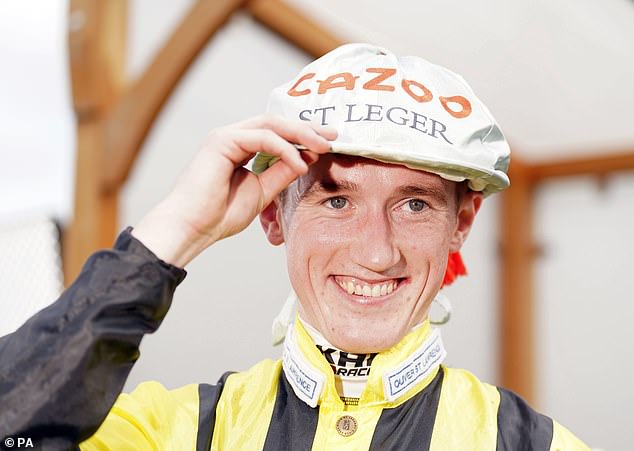 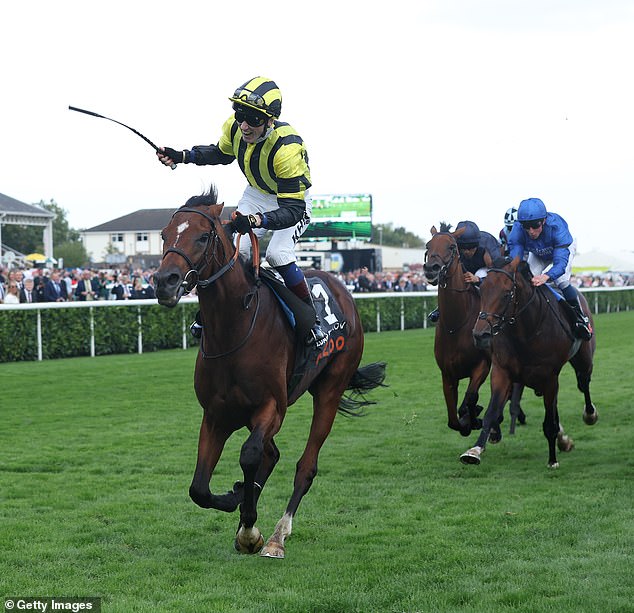 Egan lost his retainer for Prince Faisal, and consequently the ride on the talented John and Thady Gosden-trained Mishriff, in July.

That colt had given Egan his previous best career moments when winning the 2021 Saudi Cup and Dubai Sheema Classic, grabbing prize money of almost £10million. But Egan said victory on Eldar Eldarov was sweeter.

The jockey added: ‘Winning those other races in the Middle East was fantastic but an English Classic is something special.’

Eldar Eldarov was a decisive two-length winner, but there was drama behind him. Frankie Dettori-ridden second-past-the-post Haskoy was demoted to fourth for drifting towards the inside rail and hampering Giavellotto, who was fourth but promoted to third. 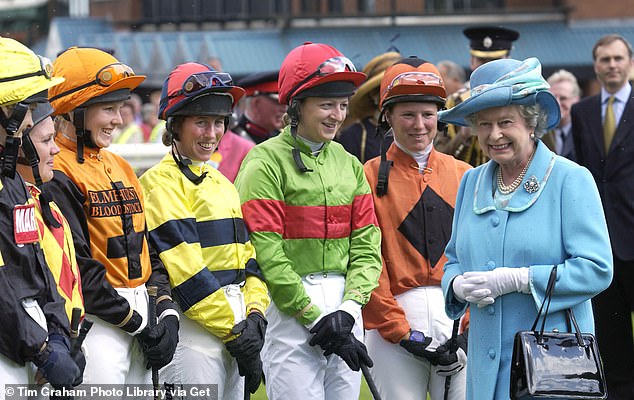 That allowed 11-8 favourite and original third New London, who never looked like winning, to be promoted to second.

The sting in the tail for Dettori was a five-day careless riding ban. After also picking up a 14-day suspension in Germany last weekend, he can now only ride for one day in a 20-day period straddling the end of this month and the start of October. The only comfort for the Italian is that the one day he can ride is October 2, Prix de l’Arc de Triomphe day, when he is due to ride 2021 winner Torquator Tasso. 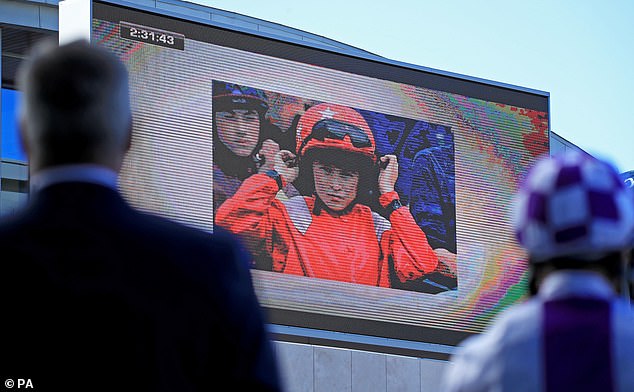 He believed he had a colt with the right credentials for the St Leger after Eldar Eldarov won the mile-and-three-quarter Queen’s Vase at Royal Ascot in June.

That faith had not been jolted when Eldar Eldarov finished fourth in the Grand Prix de Paris at Longchamp in July, a test the colt found too sharp over a mile and a half on fast ground.

Staying races and two miles will be on the agenda next season for the colt named after a world champion Mixed Martial Arts fighter based in Bahrain by his Bahraini owners, who include Sheik Khalid bin Hamad bin Isa Al Khalifa, of their royal family.

That could set him on a collision course with Aidan O’Brien’s Kyprios, who added Sunday’s Irish Leger to wins in the Ascot Gold Cup and Goodwood Cup.