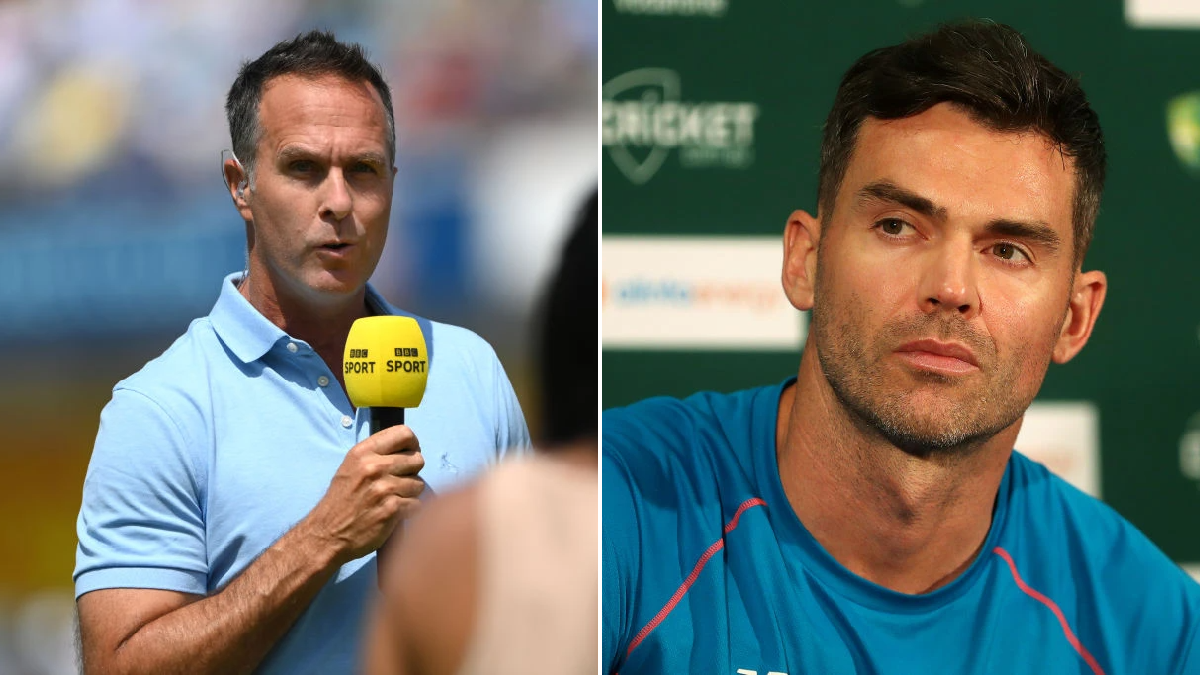 James Anderson has hit back at Michael Vaughan after the former captain claimed England’s most prolific bowler should be eased out of the side following the Ashes.

Anderson, surely playing his last Test series in Australia at the age of 39, has taken eight wickets in three matches during the current series, with England 3-0 down ahead of the final Test in Hobart.

No pace bowler in history has taken more Test wickets than Anderson, with his tally of 640 scalps bettered only by Sri Lanka and Australia spinners Muttiah Muralitharan and Shane Warne.

Despite Anderson’s status as one of the greats of the game, Vaughan said this week that his retirement must be ‘managed’ by England following the Australia tour.

‘Managing Jimmy’s retirement is going to be key to this team moving forward,’ Vaughan said. ‘His future is the big elephant in the room.’

But Anderson has dismissed the suggestion that his future is the ‘elephant in the room’ and insists England captain Joe Root and coach Chris Silverwood both want him to ‘carry on’.

‘They have told me their thoughts too. They want me around and to carry on. As long as that is the case, it is not an elephant in any room.

‘We are talking openly about it and I wrote last week that everyone’s future is in doubt. It always happens when you get beaten heavily in an Ashes series.

‘The ECB will look at everyone’s performance throughout the tour. In that respect nobody is certain about their future whether it is the captain, coach, top six batsmen or the bowling attack. Everyone is under scrutiny.

‘For me, if I have the chance to play I will do my best and keep having conversations. I will keep talking to whoever about my future. I feel I can still offer something to this team and hopefully I will get the chance to do so.’

While Anderson has no immediate plans to retire, he admits this Ashes series has been ‘tough’ and ‘frustrating’ and urged England’s bowlers to take some responsibility for the defeat.

Much of the spotlight since Australia retained the Ashes has been on England’s batting line-up, which has failed to reach 300 in eight innings Down Under, but Anderson pointed out that the team have also failed to take 20 wickets in a match.

‘This has been the toughest Ashes tour of my career. Frustrating more than anything,’ Anderson said. ‘We came here thinking we had a good chance but if you look at our form over the past 18 months to two years we have not been great.

‘It is hard to win Test series with low scores but we have not been good enough in all areas really and they have played well.

‘Yes our scores have not been high enough but there have been two games when we have not even bowled them out in the first innings.

‘We are yet to take 20 wickets in a Test. It is not just the batsmen’s fault. Bowlers have to take some responsibility as well.’