England’s tour of South Africa next month is under threat after the country’s sports minister ordered its cricket board to stand down amid accusations of incompetence and mismanagement.

But Sportsmail understands that if the trip — comprising three one-day internationals and three Twenty20s — does go ahead, the ECB intend to pick up the bill, of around £380,000, for the team’s return charter flights to Cape Town.

This summer, the ECB paid for the West Indies, Pakistan and Australia teams to fly to the UK to fulfil their tours, but Cricket South Africa’s finances are too stretched to make the same offer to England. 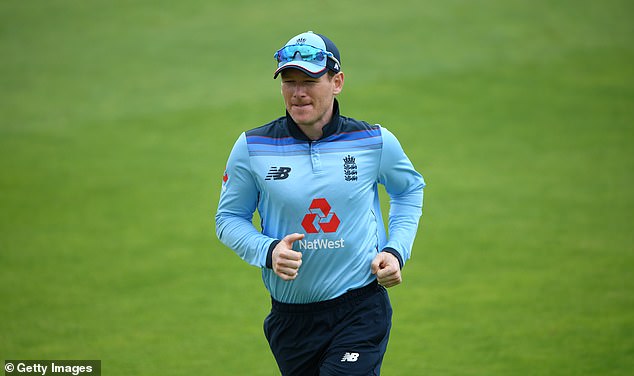 The visit of Eoin Morgan’s side could net Cricket South Africa around £3.5m in TV revenue

CSA are desperate for the tour to go ahead and it is believed they have told the South African sports ministry that they will go bankrupt if it does not. In the last financial year, CSA turned a profit of a little more than £3million, though only after severe cost-cutting.

The visit of Eoin Morgan and his England white-ball side is hoped to net the board around £3.5m in TV revenue. But the entire trip, beginning with 10 days’ quarantine at the Vineyard Hotel in Cape Town from November 17 and taking in four matches at Newlands and two at nearby Paarl, could be in jeopardy following sports minister Nathi Mthethwa’s warning to CSA to get their house in order.

CSA have been under pressure to reveal the details of a forensic report which resulted in former board chief executive Thabang Moroe being sacked, and have ignored the demand to step down by the South African Sports Confederation and Olympic Committee. 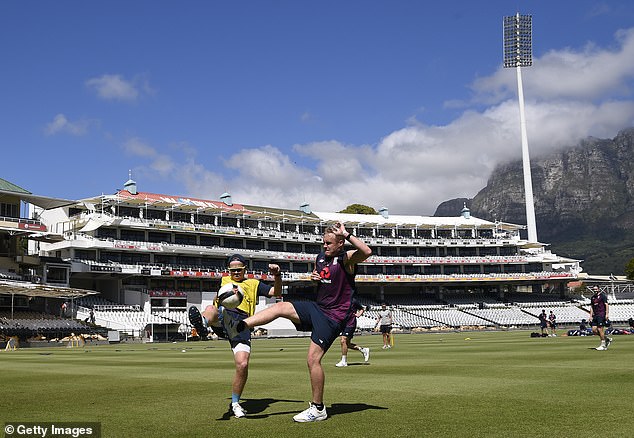 There are also accusations that they have mishandled ‘transformation targets’ aimed at multi-racial administration.

Mthethwa has given CSA until October 27 to respond, throwing up the possibility that the board will be disbanded if they refuse, leaving South African cricket in the hands of an interim task force. David Richardson, the former Test wicketkeeper and ICC chief executive, could be tempted out of semi-retirement to lead it.

The ICC forbids political interference in the affairs of national cricket boards, but South African health officials could still object on safety grounds to the arrival of athletes from the UK, which is on South Africa’s list of high-risk Covid-19 countries.

Despite the upheaval, the ECB, which has agreed to send unused PPE and Covid testing equipment to South Africa, remain hopeful of the tour going ahead.

The ECB’s fears over the financial impact of a last-minute cancellation have been eased by CSA’s agreement to accept responsibility for all costs.