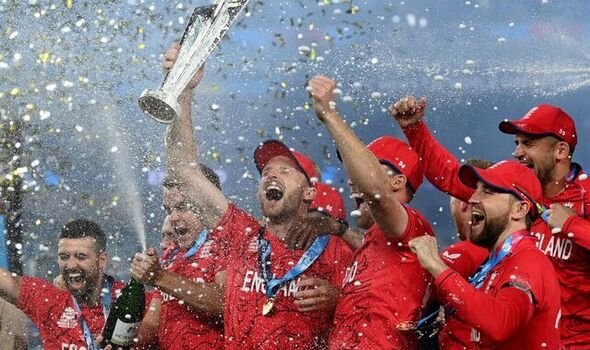 England beat Pakistan in a nail-biting and thrilling encounter in Melbourne to claim victory in the T20 World Cup final. After winning the toss and choosing to bowl, England managed to limit their opponents to 137-8, and looked in complete control as they came out to bat. But they were made to work hard for the win, eventually triumphing with six balls to spare to spark joyous scenes.

And the win means England have become the first team in history to be the holders of both the 50-over World Cup, which they won back in 2019, and the T20 version of the competition.

In front of a packed out crowd at the MCG, England came into the match as slight favourites, but knew they had to be wary of a dangerous Pakistan side. They started confidently, though, and were left relatively satisfied after restricting their opponents to 137-8.

They suffered an early scare when batting as a superb ball from Shaheen Afridi saw Alex Hales fall at 7-1.

But they quickly regained composure, and eventually won with 138-5, with that man Ben Stokes sweeping away the winning shot.

Speaking to Sky afterwards, Stokes said: “I think in finals, especially chasing first, you forget all the hard work. The bowling won us the game. It was a tricky wicket and a bit of bounce, so to restrict them to what we did, the bowlers have to take a lot of credit.

“The best teams learn from their mistakes and take it on the chin but never let it affect them. I feel we’ve dealt with all the challenges thrown at us and it’s been a pretty good evening.”

And as Sweet Caroline blasted around the famous old arena, the England players joyously celebrated a deserved win, as the nation confirmed their dominance in the world of white ball cricket.