Seven West Media has declared it won't pay another cent for cricket this summer after transferring only a part of the $25 million payment it was due to provide to Cricket Australia on Tuesday.

Sources said Foxtel, which has worked in the shadows while Seven has made the public running, were also making only a part payment of their $33 million. Foxtel would not comment publicly. 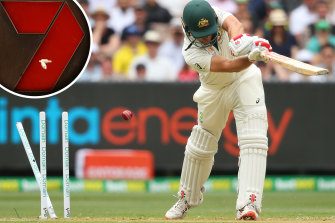 Cricket’s broadcasters have dealt the game’s governing body a blow, refusing to pay in full.

The escalating tensions in the broadcast deal have wider ramifications for Cricket Australia, which is underpinned by broadcast rights fees. Cricket has already had to make dramatic cuts in recent months and failure by broadcasters to pay in full could result in even more job losses.

Seven wrote to CA declaring an independent expert was needed to determine how much the rights were worth this summer as the fixture will be revamped because of the fallout of COVID-19.

The debt-laden network would not comment on how much it had paid but it was less than $25 million. Seven is due to make its three final payments in November, December and January but managing director James Warburton declared they would not make those instalments, effectively valuing the rights at a quarter of their annual value.

"Putting aside the questions of breach, in accordance with the contract Seven has invoked the right to appoint an independent expert to determine the fair value of the media rights against the expected schedule for the season compared to the originally published schedule," Warburton said.

"Seven has paid the first instalment reflecting our fair value." 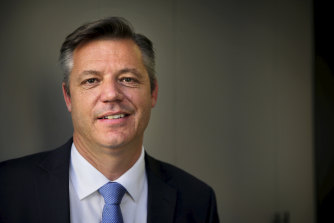 As part of a six-year deal worth $1.18 billion, Seven contributes $82 million annually, including cash and contra, and Foxtel $110 million.

Seven remains angry that CA has yet to provide a detailed schedule for the summer, and consistent in its argument that CA will not provide a season of expected "quality", primarily in the Big Bash League, as a result of the fallout of COVID-19. If this standard is not met, Seven could terminate its contract.

CA denies the "quality" argument but is still awaiting government exemptions before releasing the schedule.

The networks will still televise the women's white-ball series against New Zealand in a biosecure bubble later this month, despite their stance. But the pay fight is now a step closer to heading to the Supreme Court in Melbourne.

Foxtel and Seven each wrote to CA last week claiming a breach of contract. CA has until September 23 to respond to their claims. Seven and CA have meetings planned for later in the week.

Seven claims the BBL will be diminished aesthetically by having to stage matches in bubbles, with matches involving neutral teams unlikely to have any crowds and commentators stuck in a studio. Seven also argues the BBL will be diluted because of a need for an extended Test squad – possibly of about 17 players – to face India because of biosecurity issues where replacement players cannot be drafted in as they typically are.

Seven's concerns about the BBL have been so great that Warburton has threatened to tear up the remaining four years of the contract. The network also asked CA for the competition to be cancelled this season, in order for it to be revamped come 2021-22.

Ratings and average attendances have slipped in recent years but CA maintains it is a world-class competition, and will open its own chequebook this summer to entice some of the world's best talent. However, that will not include England superstar Jofra Archer, who confirmed he will not return to the Hobart Hurricanes.

Cricket insiders have suggested there is no clause about the tournament's quality but those with knowledge of the discussions maintain there are two important clauses.

The first stipulates that CA must undertake "all reasonable endeavours" to ensure matches in an average across the season are at least on par with the highest quality and standard of Twenty20 matches around the world. The second key point relates to CA "at a minimum" putting on a season that is "overall no less" than the standard of last year's event.

CA, which is being advised by law firm K&L Gates and several senior barristers, has been reluctant to be dragged into a war of words with Seven and remains confident in its legal standing.

Sources familiar with the dispute say that if Seven ultimately terminates its contract and it does go to court, CA would sue Seven for damages amounting to the difference between the network's annual agreement and the value of deals it could strike with other broadcasters such as Nine and Ten if they picked up Test cricket and the Big Bash for a lower price.

A source with knowledge of Seven's position, however, warned that even if CA won, it could take more than a year to run its course and the network's debt arrangement with eight banks meant the game might struggle to get hold of the money anyway.

While Seven would be without a major summer sport if it walked away from the game, Nine chief executive Hugh Marks said last week the code's former free-to-air rights holder would be interested in a return to covering international cricket at the right price.