Speculation about Aaron Finch’s place in the Australian T20 side has grown in volume after another failure with the bat on Thursday afternoon.

The Australian skipper scratched his way to 12 against New Zealand in Dunedin before slapping a short delivery from Kiwi spinner Ish Sodhi straight to the boundary rider at cow corner.

Watch every ball of the 2021 QANTAS T20 Tour of New Zealand Live & Ad-Break Free During Play with Fox Sports on Kayo. New to Kayo? Get your free trial now & start streaming instantly >

Considering the plethora of opening batsmen available in Australia’s T20 squad — including D’Arcy Short, Josh Philippe and Marcus Stoinis — it seems the only thing keeping Finch in the starting XI is loyalty and reputation. 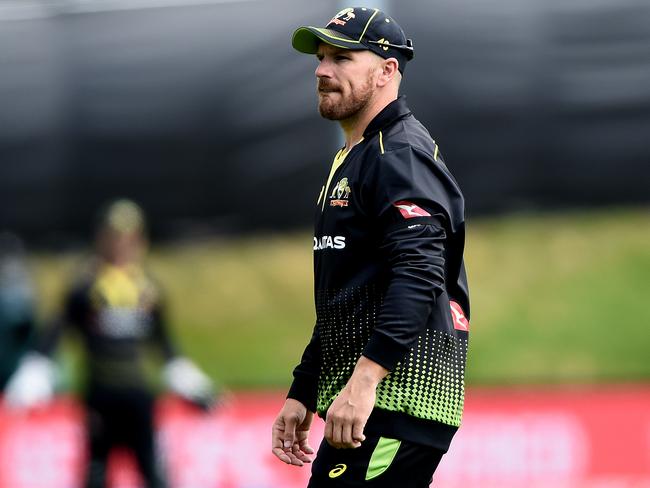 “His primary job is to score runs, particularly when you’re opening. That’s a key position in T20 cricket and we’ve got a lot of good players on the periphery to open.

“He’ll know it. No batsman is immune from being dropped when you’re not scoring runs. Doesn’t matter if you’re captain or not.

“I’m not saying it will happen but no one’s irreplaceable. There’s no way the selectors will want to drop him, but his destiny is in his own hands.”

ABC presenter Corbin Middlemas tweeted: “Let Philippe bat up top where he plays his best cricket & try Finch at 3, see if it gives him a different look at it.”

Finch gone for 12 off 14 – where Williamson used that time to get himself set, here it looked more like a buildup of frustration from a batsman out of sorts #NZvAus

To call Aaron Finch’s form a slump is being mean to slumps. #NZvAus#T20

Representing the Royal Challengers Bangalore, the Victorian mustered 268 runs at an average of 22.33, passing fifty just once in 12 innings.

Bangalore brutally opted to drop Finch from the starting XI towards the end of the tournament, replacing him with Philippe — who at the time was yet to make his international debut.

The Royal Challengers had secured Finch for AU$897,454 at the 2019 IPL auction, meaning each of his eight sixes during the competition cost more than AU$110,000 each.

Unfortunately, Finch failed to rediscover any momentum after returning home for the Big Bash League.

The Melbourne Renegades captain scored 179 runs in 13 innings this summer, his average of 13.76 among the lowest of recognised batsmen in the T20 tournament.

To rub salt into the wounds, no IPL franchise was willing to bid on Finch at last week’s auction. 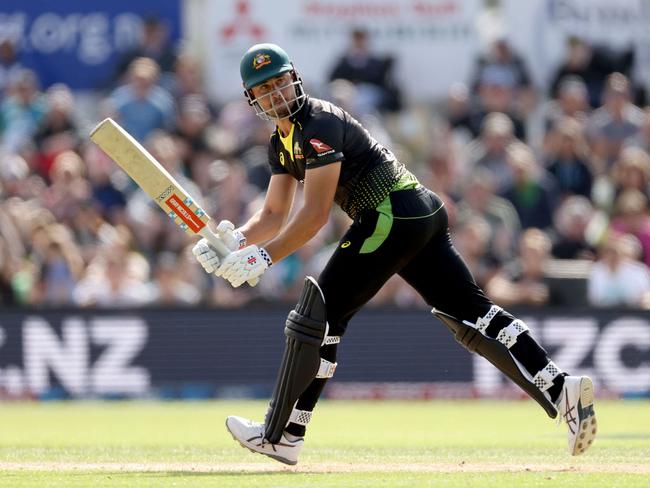 Should Marcus Stoinis be opening the batting for Australia?Source:AFP

All-rounders Marcus Stoinis and Daniel Sams combined for a record-breaking partnership of 92 to put the visitors within touching distance of the 220-run target.

But needing 15 runs from the final over, the Blacks Caps held their nerve to take a 2-0 lead in the five-match series.

The third T20 between New Zealand and Australia will take place in Wellington on Wednesday.