England fans were treated to a version of God Save the King before their test match with South Africa resumed on Saturday. The country is in mourning following the death of Queen Elizabeth II on Thursday. But many have been paying tribute to the 96-year-old, while also welcoming King Charles III.

England are facing off against South Africa in day three of their test match.

And, before the contest got under way again, fans inside Lourdes were treated to the first sporting rendition of God Save the King.

The Barmy Army Twitter account shared the footage online, with the caption reading: “God Save the King. Goosebumps.”

Cricket has been given the green light to go ahead this weekend, whereas football across all levels has been postponed in the wake of the Queen’s death.

And many feel the governing bodies have made a mistake by opting for that decision, rather than allowing supporters inside stadiums across the country to pay their respects.

Replying to the tweet from the Barmy Army, @dapp1981 said: “Imagine cancelling most sports in the UK this weekend when we could be paying our respects like this.”

Those words were echoed by @byernysern, who said: “Wish this was happening in football grounds up and down the country.”

@Hayleyvale chipped in with: “Why the heck didn’t Football do the same and allow people to pay their respects at the matches .. FA really have no clue.”

And @Shellytheblue said: “This weekend’s football games could have been this. Our Country’s national sport, fans all coming together. We’ve missed out massively.”

Meanwhile, speaking after the death of his mother, King Charles III insisted he’d do everything possible to follow her example.

“As the Queen herself did with such unswerving devotion, I too now solemnly pledge myself, throughout the remaining time God grants me, to uphold the constitutional principles at the heart of our nation,” he said.

“And wherever you may live in the United Kingdom, or in the realms and territories across the world, and whatever may be your background or beliefs, I shall endeavour to serve you with loyalty, respect and love, as I have throughout my life. 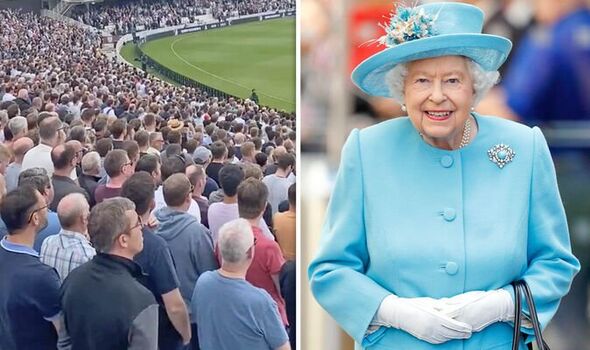 “My life will of course change as I take up my new responsibilities.

“It will no longer be possible for me to give so much of my time and energies to the charities and issues for which I care so deeply. But I know this important work will go on in the trusted hands of others.

“This is also a time of change for my family. I count on the loving help of my darling wife, Camilla. In recognition of her own loyal public service since our marriage 17 years ago, she becomes my Queen Consort.

“I know she will bring to the demands of her new role the steadfast devotion to duty on which I have come to rely so much.

“As my heir, William now assumes the Scottish titles which have meant so much to me. He succeeds me as Duke of Cornwall and takes on the responsibilities for the Duchy of Cornwall which I have undertaken for more than five decades. 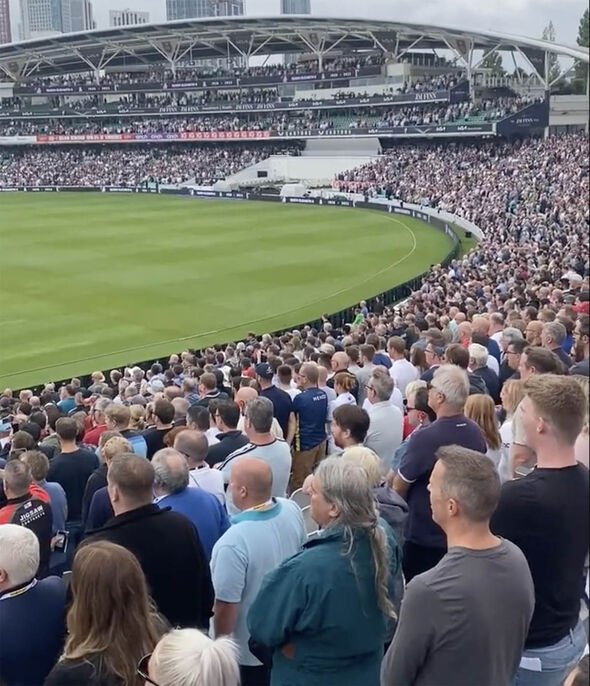 “Today, I am proud to create him Prince of Wales, Tywysog Cymru, the country whose title I have been so greatly privileged to bear during so much of my life and duty.

“With Catherine beside him, our new Prince and Princess of Wales will, I know, continue to inspire and lead our national conversations, helping to bring the marginal to the centre ground where vital help can be given.

“I want also to express my love for Harry and Meghan as they continue to build their lives overseas.

“In a little over a week’s time we will come together as a nation, as a Commonwealth and indeed a global community, to lay my beloved mother to rest.

“In our sorrow, let us remember and draw strength from the light of her example.”

And he also said: “On behalf of all my family, I can only offer the most sincere and heartfelt thanks for your condolences and support.

“They mean more to me than I can ever possibly express.

“And to my darling Mama, as you begin your last great journey to join my dear late Papa, I want simply to say this: thank you.

“Thank you for your love and devotion to our family and to the family of nations you have served so diligently all these years.

“May flights of angels sing thee to thy rest.”