The British Horseracing Authority (BHA) has claimed that it is ‘appalled’ by the image of trainer Gordon Elliott sitting on top of a dead horse that has been circulating on social media as of late. The Irishman has been the subject of widespread criticism after the photo went viral, and was promptly dropped by Betfair as one of the company’s ambassadors on Monday.

The BHA issued a statement on Monday outlining their response to the situation, highlighting the need for the highest standards of welfare in the sport of horse racing and claiming that disciplinary action may be taken against Elliott in the near future.

“The BHA is appalled by the image that appeared this weekend,” the statement reads.

“We expect all those in our sport to demonstrate respect for horses, on the racecourse, in the training yard, on the gallops, and wherever they have horses in their care.

“People who work in our industry believe their values – of caring for and respecting our horses – have been deeply undermined by this behaviour.

“On their behalf, and on behalf of all horse-lovers, we say unequivocally that British horseracing finds this totally unacceptable.

JUST IN: Arsenal boss Arteta lined up for Barcelona switch with Laporta keen 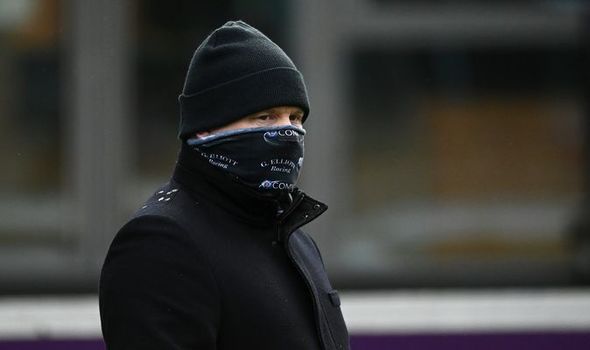 “The BHA is considering its own regulatory options, recognising that the Irish authorities license Mr Elliott and are carrying out their own investigation.”

Elliott, who has won the Grand National as a trainer on three separate occasions, has admitted that the photo was genuine and apologised for his actions in a statement of his own.

“Firstly, I apologise profoundly for any offence that this photo has caused and can categorically state that the welfare of each and every horse under my care is paramount and has been central to the success that we have enjoyed here at Cullentra,” said Elliott.

“The photo in question was taken some time ago and occurred after a horse had died of an apparent heart attack on the gallops. I appreciate that an initial viewing of this photo suggests it is a callous and staged photo but nothing could be further from the truth. 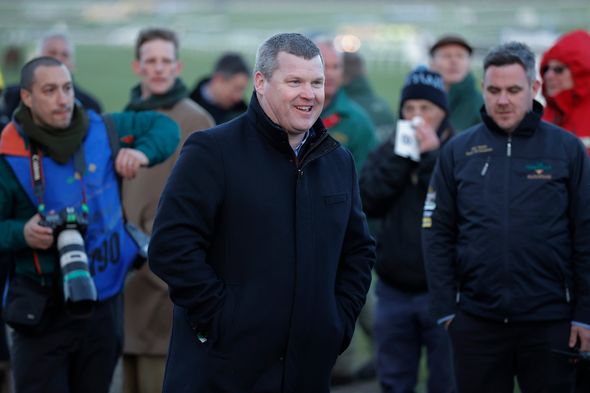 “At what was a sad time, which it is when any horse under my care passes away, my initial reaction was to get the body removed from where it was positioned.

“I was standing over the horse waiting to help with the removal of the body, in the course of which, to my memory I received a call and, without thinking, I sat down to take it. Hearing a shout from one of my team, I gestured to wait until I was finished.

“Such background information may seem trivial at this time and will not allay the concerns of many people both within and outside the world of horse racing. 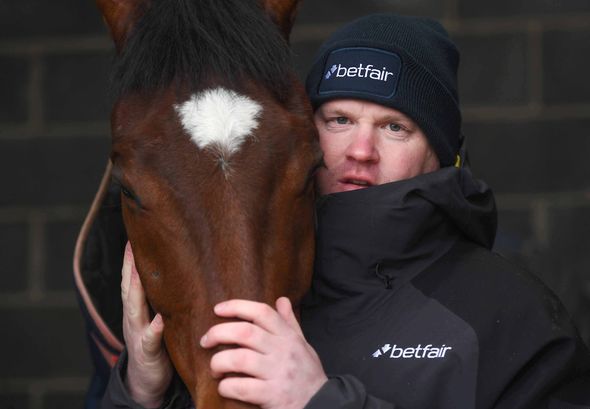 “To the racing community, to anyone who has worked with and loves horses and to anyone offended by this image I cannot apologise enough.”

Elliot sent out Silver Birch to claim the Grand National in 2007 before Tiger Roll became the first back-to-back winner of the event since Red Rum in 2018 and 2019.

The 42-year-old also lifted the Cheltenham Gold Cup in 2016 with Don Cossack.

He houses a number of the prime contenders scheduled to run at this year’s festival, including Zanahiyr and Envoy Allen.