Trainer Tom Dabernig was fined $3000 after pleading guilty to negligence when two Lindsay Park horses – Independent Road and Peidra – ran in the listed Bendigo Guineas with each other's saddle cloth numbers and jockeys on board. 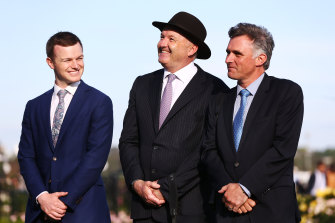 Dabernig self-reported the mix-up after the race in which Independent Road, a $61 chance with Jye McNeil incorrectly on board, finished 13th and Peidra, rated $51 with Regan Bayliss riding, finished last.

The two three-year-olds are both bay/brown geldings, although Peidra is darker in colour. Independent Road was meant to carry 59kg, one kilogram more than Peidra.

Racing Victoria starters Errol Gath and Corey Mallyon, "whose responsibility on the day was to check the horses' identification as they entered the mounting yard", will be referred to Racing Victoria's human resources department.

"What occurred yesterday at Bendigo was unacceptable by all parties," Stier said.

"We are conducting a review to understand how the breakdown in process occurred and how we can ensure we minimise the potential for it to occur again in the future.

"That review will determine whether changes are required to our existing procedures and/or whether any further training is required for our staff.

"In determining what they believed to be an appropriate penalty, the Stewards took into account that Mr Dabernig brought the error to the attention of the Stewards, and that the procedures for identifying horses at the entrance to the mounting enclosure had not been carried out correctly."

Both horses were disqualified from the race. 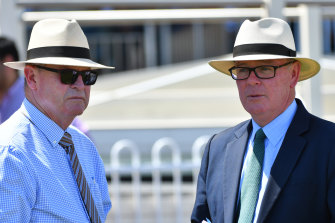 Meanwhile, in Sydney, Hugh Bowman was suspended for failing to fully ride out Avilius in Saturday's $1.5 million Tancred Stakes.

Stewards said that "near the 50m he failed to ride his mount out before being challenged by Mustajeer, whereby he then recommenced riding his mount vigorously to the finish of the race."

His ban will start following Saturday's opening day of The Championships and conclude on Friday, April 24.

Fellow rider Tommy Berry will also miss the Queen Elizabeth Stakes meeting after causing interference in an earlier race, but is free to ride VRC Derby winner Warning in this Saturday’s ATC Derby.