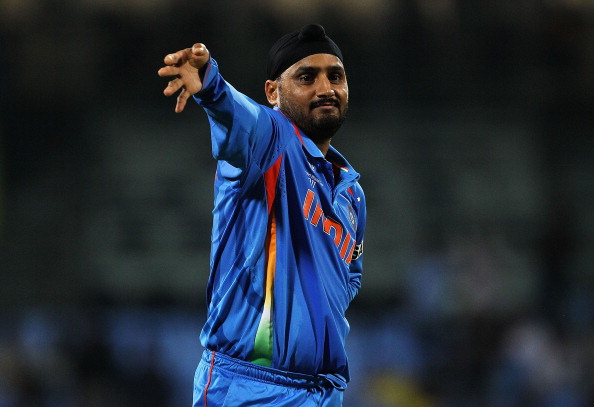 Harbhajan Singh has named three Pakistan players and one England star in his T20 World Cup team of the tournament.

Singh, who played 103 Tests, 236 One-Day Internationals and a further 28 T20 Internationals for India, opted to pick two members of the Men in Blue side, who disappointingly failed to make it out of the Super 12 stages of the tournament held in the UAE.

The 41-year-old chose Australia batter and the ICC player of the tournament David Warner to open the batting after the charamastic New South Welshman amassed an impressive 289 runs in seven innings, including a blistering 53 off 38 balls in the final to help the Aussies successfully chase down 172 against New Zealand.

Opening the batting alongside Warner is Pakistan wicket-keeper batter Mohammad Rizwan, who scored 281 runs at the top of the order, while also playing a key role for his side behind the stumps.

Rizwan’s tournament may be best remembered for his fantastic 67 runs against Australia in the semi-final, despite being in hospital with a chest infection just hours before the match was due to begin.

New Zealand captain Kane Williamson made it into Singh’s team of the tournament after he lead the Black Caps to their second successive ICC one-day final, where he hit 85 off 48 balls, only to be beaten yet again.

England superstar Jos Buttler, who scored the only hundred of the tournament against Sri Lanka in Sharjah, is picked at four following his fine campaign with both bat and gloves.

Young Pakistan seamer Shaheen Shah Afridi, who wowed everyone with his pace and new ball swing, was slotted in at nine, with fellow left-armer Trent Boult, who is dangerous both at the start of the innings and at the death, being picked at 10.

India’s key bowler Jasprit Bumrah sneaked into the team at 11, despite having an uncharacteristically poor tournament and Afghanistan mystery spinner Rashid Khan was selected as Singh’s 12th man.

However, there was surprisingly no place in the team for the tournament’s leading run scorer Babar Azam, nor was there a spot for the Super 12’s leading wicket-taker Adam Zampa.