Veteran all-rounder Moises Henriques has backed national captains Aaron Finch and Tim Paine to retain their roles, believing a show of confidence from selectors was the right move in the long term.

Speaking to SEN last week, Paine said he would reach out to Finch after Australia lost the opening two matches of the T20 series to New Zealand, having gone through his own struggles during Australia’s home Test series loss to India. 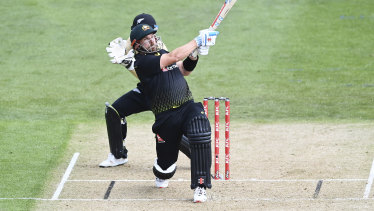 Aaron Finch is enduring a lean run in the shortest form of the game.Credit:AP

Finch’s lean run with the bat even saw him overlooked in the IPL auction two weeks ago. He has made just one and 12 in the opening two games against New Zealand, and also struggled with the Melbourne Renegades in the BBL.

After re-signing with the Sydney Sixers for another two years on Tuesday, Henriques said both captains were more than capable of bouncing back, with Finch getting his first chance in the third T20 against New Zealand in Wellington on Wednesday.

“There’s a certain part of captaincy that is done on the field, and people can judge from afar and they can voice their opinions,” the Sixers captain said. “But those people don’t really understand what being discussed inside the change rooms.”

Similar to Paine after the India series, many questioned Finch’s ongoing leadership following his disappointing displays in the first two T20s against New Zealand. 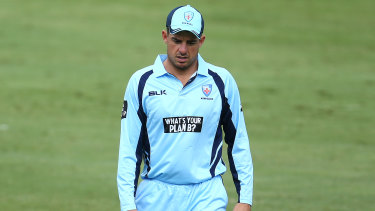 Henriques was not one of them.

“He’s going through a challenge that all professional cricketers go through at some stage in their career,” he said about Finch’s form slump.

“Each person is going through their own journey. It’s very rare that looking on from afar that we understand and completely empathise with that journey.”

Finch’s wife Amy even took to social media in recent days in an effort to stop threats of “violence and sexual assault” being directed at the family.

“I don’t appreciate it, neither does my husband who is battling and doing everything he possibly can to get back into the runs,” she wrote.

While the pressure is growing due to Finch’s poor performances with the bat, national selector George Bailey confirmed on the weekend that the opener would continue as the T20 national captain.

Henriques said Bailey’s eagerness to keep Finch in the role was a positive move from selectors.

“He was probably the number one T20 batsman in the world 12 months ago,” Henriques said. “It’s very clear that people from within … that he’ll come good.”

Henriques has his own selectors to worry about with an impressive Sheffield Shield performance putting him into serious contention for the No.5 spot for the Ashes in November.

While Henriques said there is still plenty of cricket to be played before then, he believes the chance of a Test return is within reach if he is able to remain consistent. The 34-year-old hasn’t played Test cricket since 2016.

“It’s pretty hard to comment on something so far away, but as long as I’m doing what I’m doing today, and if I can bring this feeling forward 10 months, and I would say yes,” he said.