Pat Cummins is as popular an Australian sportsperson as there is. Handsome, affable and generous, he backs it up with the ball and is on track to end up in the “all-time great” category of Aussie fast bowlers, alongside Glenn McGrath and Dennis Lillee. 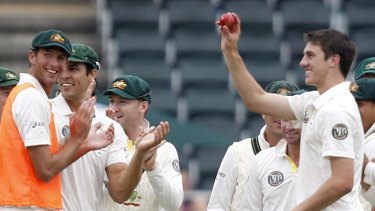 Pat Cummins (second from right) on debut in 2011.Credit:Reuters

Cricket Australia knew what they had and kept offering him central contracts year after year, effectively paying to ensure Cummins was watched closely and rehabbed as best he could. The move paid off in spades, eventually. He returned to the Test side in early 2017 and has been a mainstay pretty much ever since, picking up wickets with startling consistency, ascending to No.1 in the world bowling rankings and winning the Allan Border Medal as Australia’s best male cricketer in 2019 on the back of lion-hearted efforts.

Later that year, he picked up a $3.2 million Indian Premier League deal, with his cricket income tidily supplemented by a host of endorsements including being the face of Gillette’s cricket sponsorship. He has ascended to the national vice-captaincy and the door is ajar for him to step up to the top job, bucking the conventional wisdom that fast bowlers should not be captains.

He kick-started a movement by donating $50,000 to an Indian COVID-19 relief fund in late April, although he decided to change tack, giving the money to UNICEF rather than the Indian government’s PM-Cares fund amid criticism of the latter’s operations.

Cummins is engaged to Briton Becky Boston, with the couple expecting their first child later this year.

What did he do this week?

Cummins was in the headlines on several fronts this week. On Monday, he touched down in Sydney as part of the Australian contingent returning from the postponed IPL via the Maldives. Then on Tuesday, he co-signed a statement alongside Australia’s other front-line male bowlers denying knowledge of the sandpaper plot that rocked the game in 2018 and whose aftershocks continue to be felt. The letter had been prompted by Cameron Bancroft’s interview with The Guardian in which he hinted that the bowlers might have known about the plot. 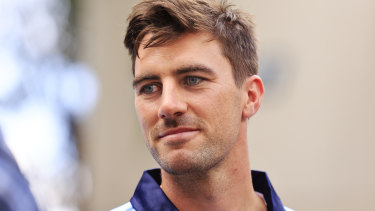 Why does it matter?

The official version of events is that only Bancroft, Steve Smith and David Warner were involved in the sandpaper plot. But suspicions were rife even before the infamous Cape Town Test that Australia may have been tampering with the ball.

Former Australian captain Michael Clarke said during the week that it was almost inconceivable the bowlers wouldn’t have realised what was going on. There lurks a spectre that down the track, Warner could release a tell-all book, blowing the lid on what really happened. Many reputations are at stake, not least that of the uber-marketable and squeaky-clean Cummins.

There are many strands to this saga, but the timing of this eruption is particularly significant given it comes at a time when Smith is positioning himself to return to the captaincy, of which he was stripped following the incident. Cummins, in some respects, would be the safer option for CA to succeed Tim Paine and Aaron Finch, but that is only the case as long as his image remains untarred.

Cummins and Warner are both doubtful starters for Australia’s upcoming tour of the West Indies, with Warner keen to spend more time with his family and Cummins perhaps better served staying with the pregnant Boston.

While not planned, this could actually help take the sting out of tensions between the bowlers and Warner, whose manager James Erskine inflamed the situation with provocative comments during the week. Cummins is arguably Australia’s most important player across the three formats of the game, and he has a huge role to play in the Twenty20 World Cup and Ashes later this year. Starring in those series would cement his legacy, but the ghosts of Cape Town still hover.