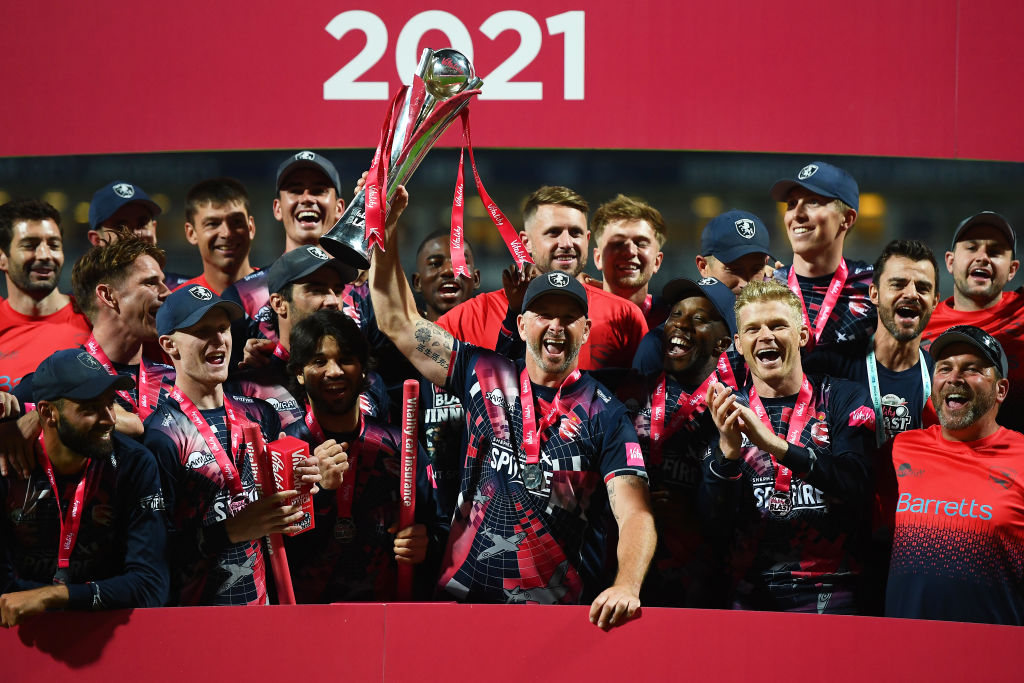 Kent have been crowned T20 Blast champions for the second time after seeing off competition from Somerset, Sussex and Hampshire on the first all-southern Finals Day.

The Spitfires beat Sussex by 21 in the semi-final and won by an even greater margin in the final, with 20-year-old Jordan Cox their hero at Edgbaston.

Cox scored 58 off 28 balls to propel Kent to 167-7 and then produced a stunning relay catch to thwart Somerset’s chase under the Edgbaston lights.

After Somerset won the toss and elected to bowl, Sam Billings’ side slipped to 52-3 and 111-5 with all-rounder Roelof van der Merwe taking 3-19.

But 2007 champions Kent still managed to post 167-7 – the highest score of the day – with England opener Zak Crawley also contributing with the bat, hitting 41 off 33.

Somerset lost two wickets in the first two overs of their innings Will Smeed and Tom Abell steadied the ship and took the side to 60-2 after eight overs.

At that stage the game was truly on the line, but Kent took control in the next phase as Abell and Smeed both departed, although the latter’s dismissal came in controversial circumstances.

‘These young lads keep spurring me on and setting me challenges. I just love the game and I ain’t going to stop yet.’

Somerset were appearing in their first T20 final in 10 years – they lost to Leicestershire in 2011 – and captain Gregory thanked the club’s fans for the support.

‘We’ve definitely improved over the last couple of years,’ he said.

‘The fans have been fantastic all year and the support we get is unbelievable, unfortunately we haven’t got a trophy to show for it but it means the world to everyone.’