NASSER HUSSAIN: Joe Root’s magnificent century after resigning the England captaincy was one of his greatest innings, his rhythm and tempo was as good as it’s ever been – and the reception from Lord’s crowd will mean the world to him

After everything Joe Root has been through, trying to steer a struggling side through the difficulties of Covid and the pandemic, that was one of his greatest innings.

But what I think will mean as much to him as scoring a match-winning hundred at Lord’s against a strong New Zealand side will be the reception he got from the crowd, both when he walked out to bat on the first day and when he walked back into the pavilion on the fourth morning with a brilliant 115 not out to his name.

When you reach the end of your reign as captain and results are not going your way, it’s easy to wonder what the public are thinking. But the response Root got at Lord’s would have ended any concerns he might have had. Put simply, he felt the love of the English cricketing public and that will mean the world to him. 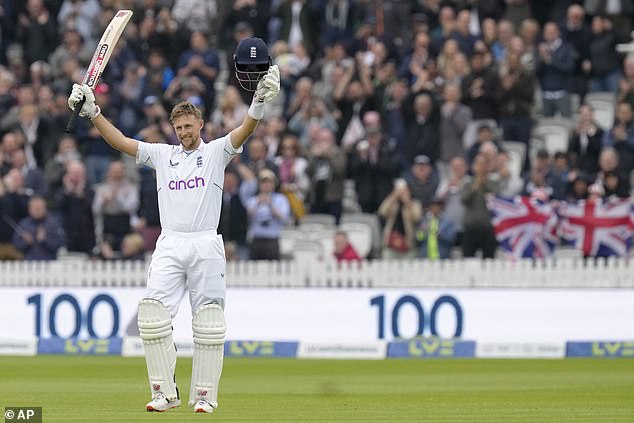 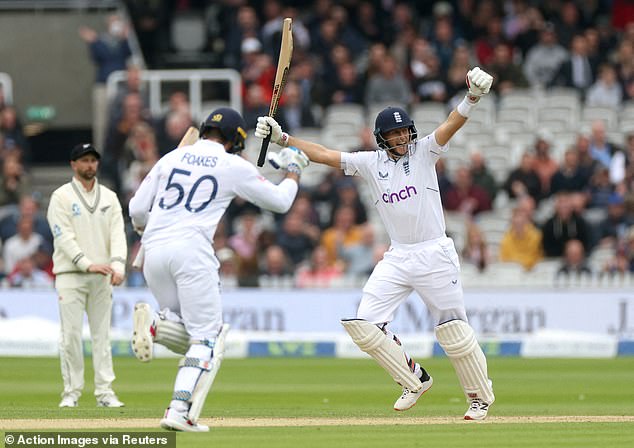 He spoke afterwards about how the captaincy had taken its toll on him, how towards the end he couldn’t switch off. To have carried on scoring the runs he did — 1,708 in Test cricket in 2021 alone and now three more hundreds in 2022 — would have been exceptional under normal circumstances. To do it under the shadow of Covid, and with so little help from his team-mates, was staggering.

Rob Key said recently that scoring the runs he did while carrying the weight of the world on his shoulders was one of the greatest achievements in the history of English sport. More than that, he did it all with a smile and not the slightest hint of bitterness. He’s an incredible ambassador for the game.

Ben Stokes would have had two major wishes ahead of this Test — an England win and a hundred for Root. He got both and a big part of that was because of intelligent reading of the situation on Saturday afternoon.

Root has always had a lovely tempo about the way he bats and his rhythm in this innings was as good as it has ever been. But what marked it out as even more special was the way he and Stokes seized the moment to take the attack to the New Zealanders in the fourth-innings run chase.

The tourists had just changed the ball, which was swinging but had gone soft, and ended up with one that was harder but no longer swinging. They were hoping for more seam movement, but Root and Stokes knew it would also come on to the bat more easily.

They also knew they had to keep scoring at a healthy rate, because the last thing they wanted was for New Zealand to have a second new ball in their hands with England needing 20 to win and the tailenders at the crease. 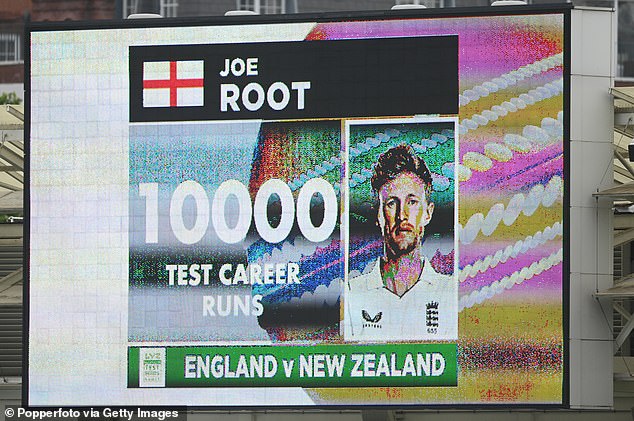 Root, 31, became the second Englishman of all time to pass the milestone of 10,000 Test runs 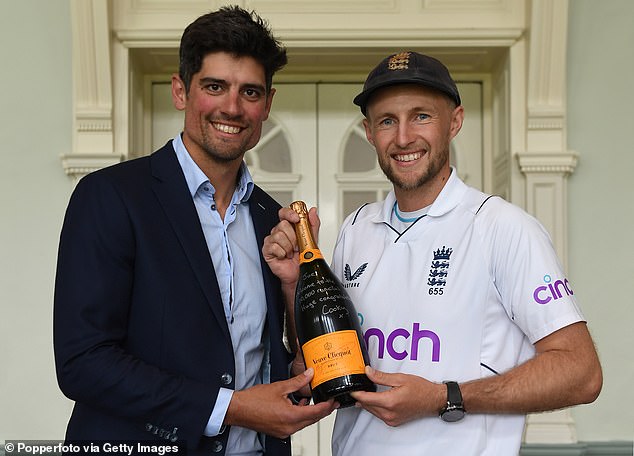 The only previous player, Sir Alastair Cook (left), handed him some champagne after the game

It’s one thing to assess a situation, another to put the theory into practice. But Root and Stokes, and later Ben Foakes, did that brilliantly. Victory came with seven deliveries to go before the second new ball was available. Root timed it to perfection and that’s the mark of a first-rate cricket brain.

I can also tell you from first-hand experience that it’s not necessarily straightforward returning to the ranks after you’ve captained England. It’s a tough job when you’re doing it. The moment it’s no longer yours, you also realise what a great job it was too. It’s always the way. 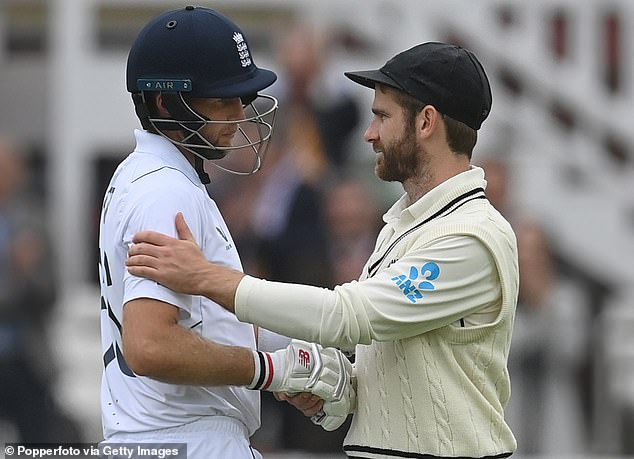 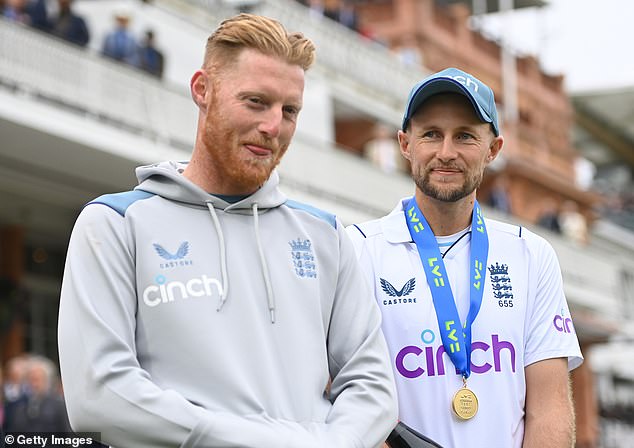 In my first game after stepping down at Edgbaston, against South Africa at Lord’s, my brain was completely scrambled. I dropped Graeme Smith in single figures and he went on to get 250.

Our new skipper Michael Vaughan wasn’t impressed and told me so. So for Root to be able to park whatever emotions he must have been feeling after stepping down in April, and to play with such a clear head for his new captain, says everything about the bloke.

He can now spend the next few years being that leader in the dressing room for Stokes that Stokes was for him. And I have no doubt he’ll keep scoring runs by the bucketload. The burden of the captaincy is no longer there and he looks as good as anyone.

English cricket is lucky to have Joe Root and the response of the Lord’s crowd showed we all know it too. What a game and what a player. 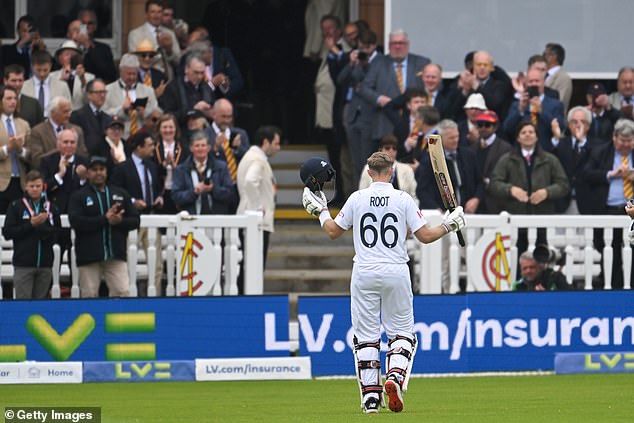