‘It does feel like a little bit of a weight off my shoulders’: Ollie Pope revels in unbeaten 91 after admitting poor displays with bat in first two West Indies Tests had ‘played on his mind’

Ollie Pope admitted a weight had been lifted off his shoulders after his unbeaten 91 helped England into a strong position on the first day of the deciding third Test against West Indies in Manchester.

Pope, who added an unbroken 136 with Jos Buttler as the hosts finished on 258 for four after being put in, had managed a total of just 43 runs in the first two games – and said his struggles were starting to get to him in England’s biosecure bubble.

‘It’s a really nice feeling, because I missed out in those first two games,’ he said. ‘You walk back to your hotel, and then you’re looking back over the cricket ground – there’s no escape from it. 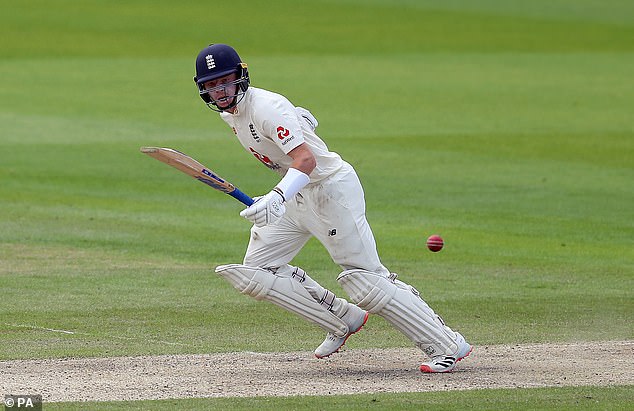 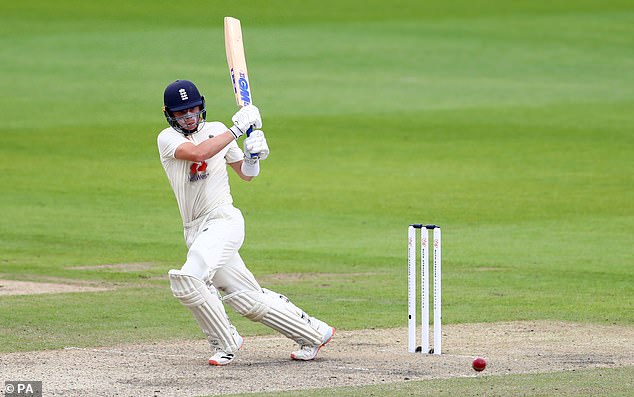 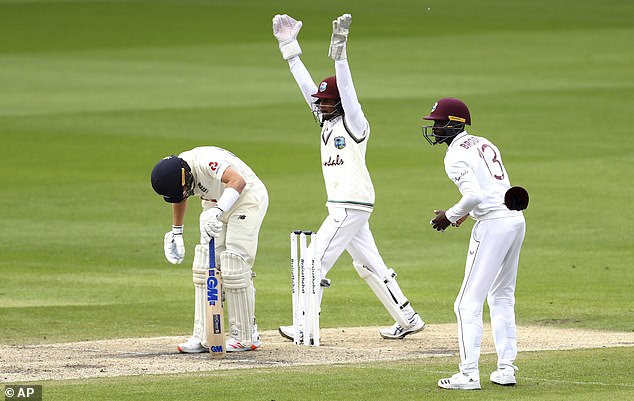 ‘Naturally, you think about your batting and your failures a little bit more than normal, and I have found it challenging. The second innings at Hampshire, I got out late in the day, and 20 minutes later I was back in my room and wasn’t able to go for a coffee or go back to see the family. Then it ends up playing in your mind over and over again.

‘But the lads get around you and everyone’s tightly knit, so if anyone is mentally struggling a bit then we’ve got each other’s backs. It does feel like a little bit of a weight off my shoulders.’

Today’s forecast isn’t encouraging, but nine more runs will bring Pope his first Test century on home soil, to follow the unbeaten 135 he made to help set up England’s win at Port Elizabeth in January. He admitted last night he would be taking a sleeping pill to ensure a proper rest. 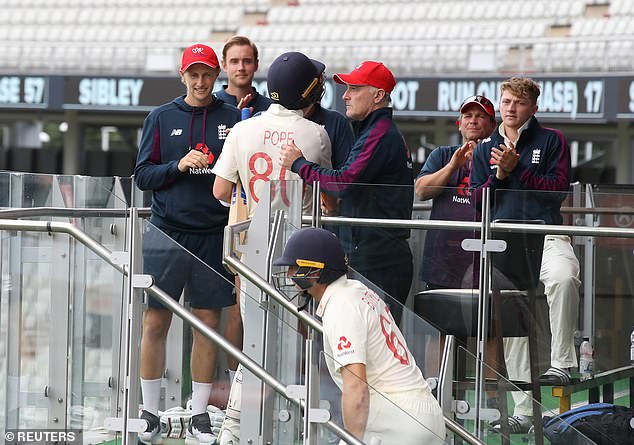 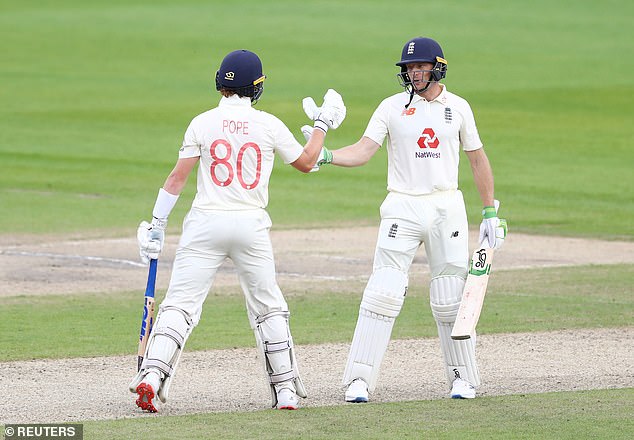 ‘It would be a massive achievement,’ he said. ‘So far I’ve played maybe four Tests in England, and not had a score. People talk a bit and I’ve seen some comments, but it’s not a massive sample size. To get over the line would be a nice feeling.’

‘It’s a massive compliment, especially from an ex-captain and one of the greats,’ said Pope. ‘I take it as a massive positive. I don’t necessarily see it as added pressure: it’s just a nice thing to have said about you and hopefully I can fill those shoes.’

First, though, he and Buttler, who was 56 not out at stumps – his first Test half-century in 15 innings – must continue to silence the West Indian fielders, who had been rather more chipper when the wicket of Rory Burns left England a precarious 122 for four.

‘You could tell the difference in atmosphere from when I first went out and towards the end of the day,’ said Pope. ‘The noise was slightly different. When Jos plays that way, he’s a nice guy to bat with.’