‘We weren’t even near our best!’: Australia skipper Tim Paine warns India his side can be even better after skittling them for just 36 to claim big victory in Test series opener

Australia captain Tim Paine has insisted there is plenty more to come from his side after they skittled India for 36 in the eight-wicket first Test victory at Adelaide.

‘It’s a good thing to have a win and not play anywhere near our best,’ said Paine. ‘I’m absolutely rapt with how we bowled, but we’ve still got a lot of work to do with our batting.’

David Warner returning from a groin injury should help and the opener flew to Melbourne on Saturday as a precaution after an outbreak of Covid-19 in his home city of Sydney. 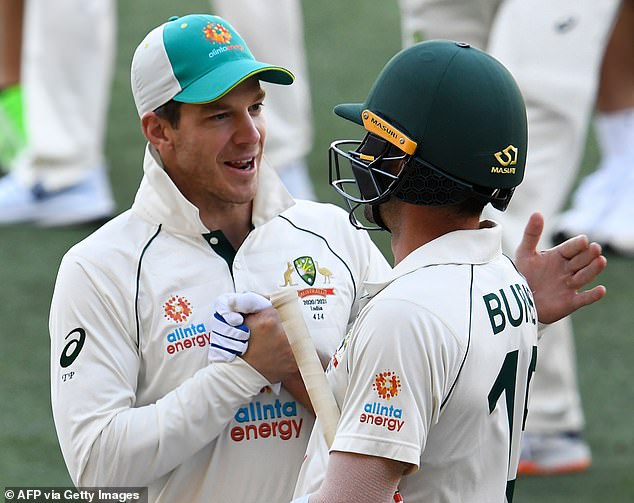 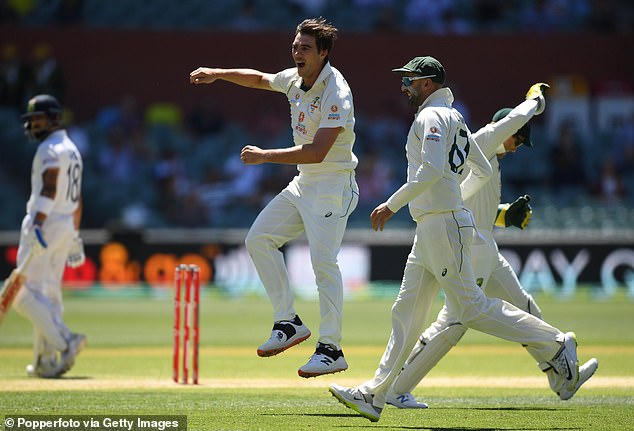 Pat Cummins, who took four for 21 — including the key wickets of Virat Kohli and Cheteshwar Pujara — in the destruction of India is hoping for another helpful wicket when the teams meet again in the second Test in Melbourne on Boxing Day.

‘I thought the Ashes Test (in 2017) and the India Test at the MCG a couple of years ago were boring wickets as a bowler,’ said Cummins.

‘Last year against New Zealand it was a really good wicket. It had a bit of sideways movement and pace and bounce. Hopefully it will be the same.

‘As a player and a fan, they are the best wickets, when it is a good battle between bat and ball.’