Pat Cummins believes there were signs of a ‘positive and brave’ Australia side after his tenure as captain of the red-ball team began with a nine-wicket victory in the opening Ashes Test.

The Aussies turned up on day four with the prospect of being set a tricky fourth-innings chase by England, only for Joe Root’s men to collapse from 223 for two to 297 all out before lunch.

That left Cummins’ men needing just 20 runs to win the match in Brisbane, which they did inside six overs – despite losing Alex Carey – to take a 1-0 series lead. 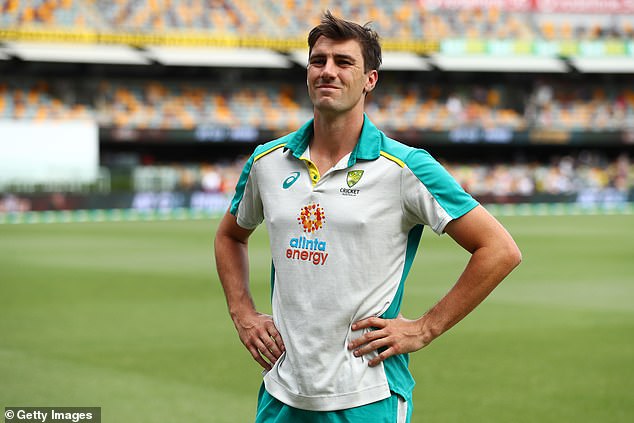 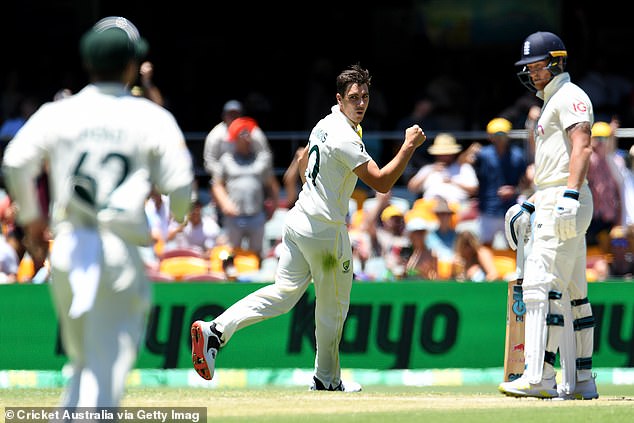 But the fast bowler – who replaced Tim Paine as skipper before the series – paid tribute to his side, lauding the 156-run partnership between David Warner and Marnus Labuschagne on day two and Travis Head’s first innings 152.

‘I really enjoyed it, a lot of things did go right, probably from the toss, with the overcast conditions,’ Cummins said. ‘The wicket had a bit in it, and we turn up on day two and it’s blue skies. So someone was smiling on me.

‘[I am] really proud of everyone, it was a complete performance, the bowlers did their thing. Then Marnus and Davey’s partnership and the way Travis played. [It was] a sign of a positive, brave side.

‘I was really happy about how everyone stuck to it, we bowled without luck yesterday. We turned up positive today and not thinking about too much other than trying to get that breakthrough.’ 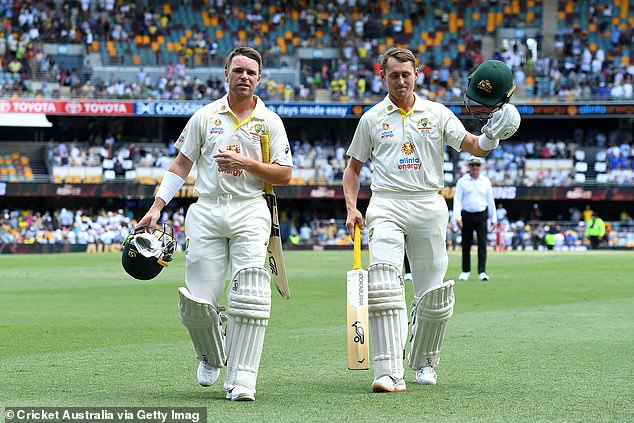 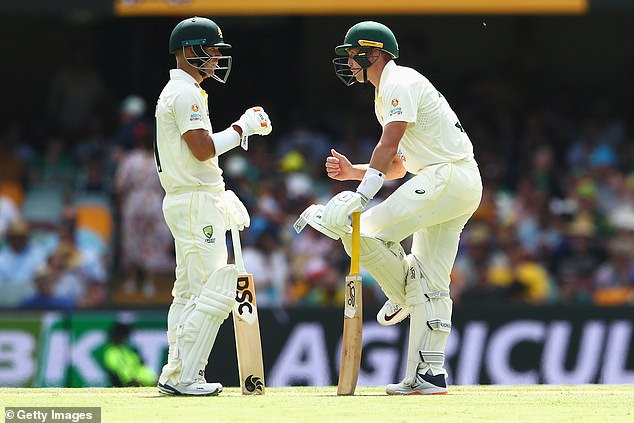 In the same innings however, Warner received a blow to the ribs from a Ben Stokes delivery and did not take part in the fourth-innings chase alongside fellow opener Marcus Harris.

He was not the only injury concern either, with Josh Hazlewood bowling just eight overs on day three, before dismissing Jos Buttler in his six overs on day four.

And while admitting fellow quick Hazlewood will have to be managed throughout the five-match series, Cummins admitted he was hopeful Warner will make the pink ball, day-night Test at the Adelaide Oval beginning on Thursday. 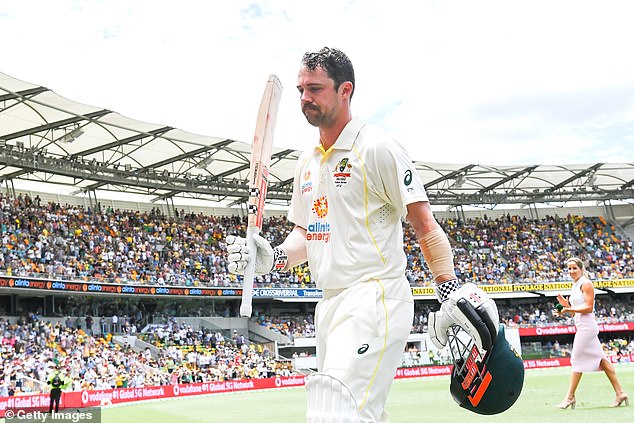 On Hazlewood, Cummins said: ‘He’s a little bit sore. He came out today and was able to bowl, got through a really good spell. We just managed him, it’s a five Test summer and he’s key for us so don’t want to blow him out of the water on day three.

‘[It’s] nothing too serious but we didn’t want it to turn into a huge injury. The key is we don’t want to put him in jeopardy for the whole series. We’ll take our time.’

On Warner, the Aussie skipper added: ‘When we had 20 to get we couldn’t find him! He’s fine, we didn’t want to risk him. I think he’ll be fine for Adelaide.’ 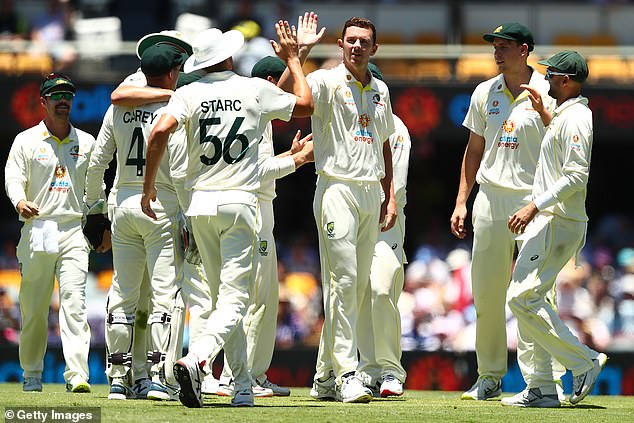