The Afghanistan Cricket Board has slammed Cricket Australia’s decision to abandon a one-day international series in March, labelling it “pathetic” while threatening to pull Afghan players out of the Big Bash.

It comes as a number of Afghan cricketers confirmed they would consider boycotting BBL matches, including star leg-spinner Rashid Khan.

CA announced on Thursday the men’s national side would not be travelling to Afghanistan for 50-over matches later this year due to further restrictions on women’s rights that have been imposed by the Taliban.

On Thursday evening, the Afghanistan Cricket Board released an extraordinary statement that threatens to blow up relations between the two nations.

The statement read: “Afghanistan Cricket Board is extremely disappointed and saddened by the pathetic statement of Cricket Australia to withdraw from Afghanistan’s home three-match ODI series in March and will officially write to the International Cricket Council about the issue.

“Cricket Australia’s decision to withdraw from upcoming matches against Afghanistan is coming after consultation and potential enforcement from the Australian government which is an unfortunate attempt to enter the realm of politics and politicise the sport. By prioritising political interests over the principles of fair play and sportsmanship, Cricket Australia is undermining the integrity of the game and damaging the relationship between the two nations. 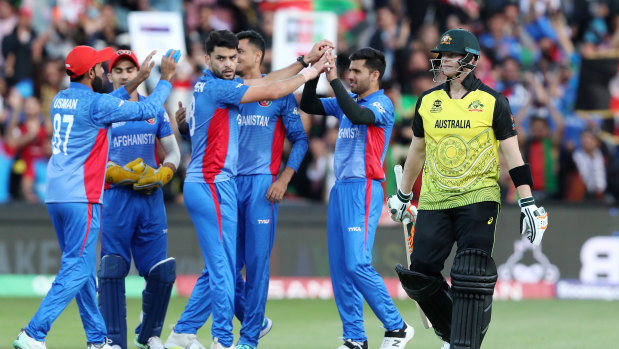 “The decision to withdraw from playing the upcoming ODI series against Afghanistan is unfair and unexpected and will have a negative impact on the development and growth of cricket in Afghanistan as well as will affect the love and passion of the Afghan nation for the game.“

CA referenced the Taliban’s restrictions on women’s and girls’ education and employment opportunities, as well as their access to parks and gyms”.

“CA is committed to supporting growing the game for women and men around the world, including in Afghanistan, and will continue to engage with the Afghanistan Cricket Board in anticipation of improved conditions for women and girls in the country,” read a statement.

Of more immediate concern for CA is the possibility of players pulling out of matches.

“The Afghanistan Cricket Board is closely monitoring the situation and is considering taking action, including officially writing to ICC and rethinking the participation of Afghan players in the Big Bash League, if the decision to withdraw from Afghanistan’s home series is not overturned,” read a statement.

Afghanistan’s most high-profile player, Rashid Khan, has already left the Adelaide Strikers to play in the South Africa T20 League but is considering his future in the BBL.

“I am really disappointed to hear that Australia have pulled out of the series,” Khan tweeted. “I take great pride in representing my country and we have made great progress on the world stage. This decision from CA sets us back that journey. If playing [against] Afghanistan is so uncomfortable for Australia then I wouldn’t want to make anyone uncomfortable with my presence in the BBL. Therefore, I will be strongly considering my future in that competition.”

“Time to say won’t be participating in Big Bash after this until they stop these childish decisions,” he wrote on Twitter.

“I was not expecting a country like Australia to encourage the ICC to harm men’s cricket as well, so it was an irresponsible decision taken by Cricket Australia,” Naib tweeted. “My kind request [to] Cricket Australia don’t use sports like a tool for politicians.”

According to the Futures Tour Program, Australia is set to play Afghanistan in three T20s in 2024, as well as a Test match in 2026. It would be the first Test between the countries.

“The Afghanistan Cricket Board has been working to promote cricket in schools and universities,” read the statement. “It has also been using the sport to promote healthy lifestyles and discourage young people from getting involved in drugs and crime. Cricket has been an important tool for promoting peace, unity, and development in Afghanistan, and it will continue to be a source of inspiration and hope for the people of the country in the years to come.”