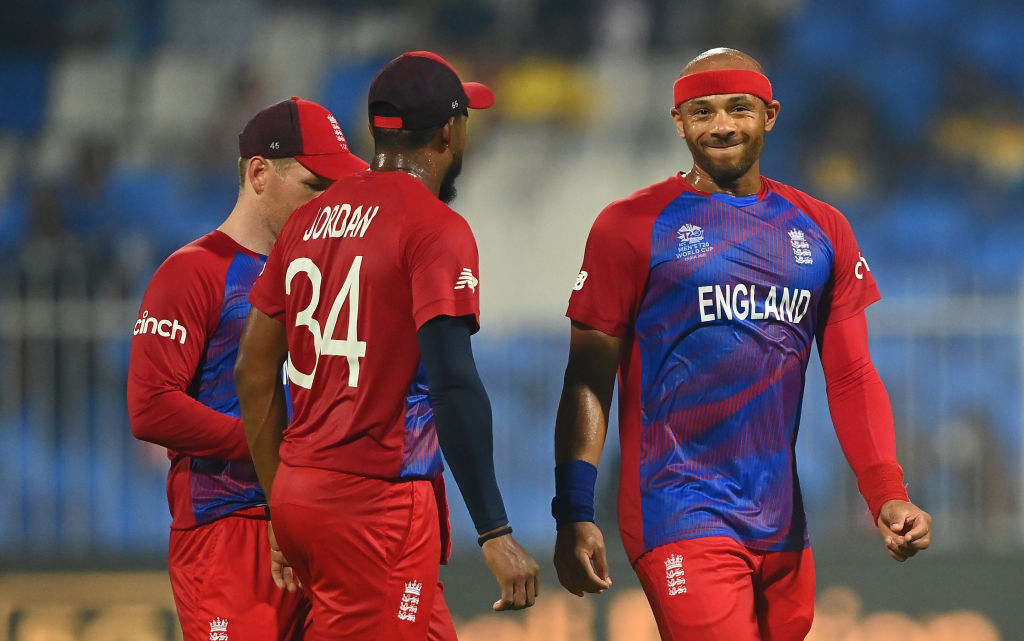 Kevin Pietersen felt England badly missed Tymal Mills in their T20 World Cup defeat to New Zealand as the fast bowler’s skillset and variation would have provided an extra edge in the semi-final.

The Black Caps beat England by five wickets with an over to spare in Thursday’s thriller in Abu Dhabi to book their place in this weekend’s final where they will face either Pakistan or Australia.

Both Chris Jordan and Mills’ replacement, Mark Wood, were expensive and failed to take any wickets as an inspired Daryl Mitchell scored 72 not out to chase down a target of 167 at the Sheikh Zayed Stadium.

England, the initial favourites to progress, lost two integral players as Mills and Jason Roy both picked up injuries earlier in the tournament, but Eoin Morgan was reluctant to use the pair’s absence as an excuse after the loss.

However, ex-England star Pietersen believes Mills could have had a similar impact to that made by Ryan Sidebottom at the 2010 World Cup had he stayed fit for the entire campaign.

‘Having played as many games of T20 cricket as I have and then as a batter until I became captain I almost started to realise how much pressure these bowlers feel,’ the iconic former batsman told Sky Sports.

‘At the back of their run up it doesn’t matter if it’s the first over or the 20th over, if they bowl three real good deliveries they’re starting to think: “Do I need a change up? What do I need to bowl? What kind of delivery do I need to bowl?”

‘That’s why I think the miss of Mills is huge. When we won the T20 World Cup in 2010 Sidebottom for us was just something phenomenal. Left arm seam, top of the stumps, that angle that you need to manufacture from in and around your hip area. You don’t have the freedom to swing through the line of the ball or to line him up.

‘So I think that was just a big miss. No Mills, no game.’

Pietersen was quick to defend Jordan after the England bowler conceded 21 runs in just one over, with Jimmy Neesham and Mitchell putting on a batting masterclass to send underdogs New Zealand into the final.

‘It was almost done for England and then Neesham does what he does. What can you do?

Chris Jordan is a fabulous cricketer and a great guy. We know how well he trains, we know how much he’s liked. He’s a brilliant professional who you know was doing his best.

‘But tonight, Neesham got him. It is what it is. What can you do? He may not have bowled well but the pressure exerted on him by Neesham got the job done for New Zealand.’

On Jordan’s expensive 17th over, Pietersen went on: ‘He was slightly off there. A number off the balls were in the slot.

‘Was it good batting? It’s absolutely fantastic batting because Neesham has come out and smashed it from ball one. You have to give him credit for that. Sometimes it’s just not your night and it wasn’t Jordan’s night tonight.’