Selections based on a good track. Monitor for bias/pattern.

6. Youthfull wasn’t suited last start after getting too far back in a farcical tempo and ran on well. Further, the form of that race has since been confirmed with three subsequent winners. The mare has had excuses in her past two starts, and she profiles well for this event. She can settle much closer from the softer draw; her sectional profile suggests she is ready to peak and brings a strong starting price profile relative to her rivals. Expect a bold showing.

Dangers: 2. Monastery chased a strong tempo and battled on well for third place last start at Hawkesbury. He is reaching optimal fitness and maps to control the pace. Stablemate 1. Chappelli comes through the same race and expect him to be running on again. 5. Savanaci broke through for her maiden win last start and add 2. Do Well Legend to wider exotics.

How to play it: Youthfull WIN.
Odds & Evens: EVENS.

2. My Eloise produced a career peak figure first-up at Hawkesbury and ran fast time. Further, the mare was heavily backed $1.90-$1.70; she did it on both ends leading at a strong tempo and sprinting one of the fastest 400m-200m splits of the entire meeting in 10.68. The Joe Pride galloper brings the clear best last start figure, the tight-turning track suits and expect her to roll forward and be hard to catch. 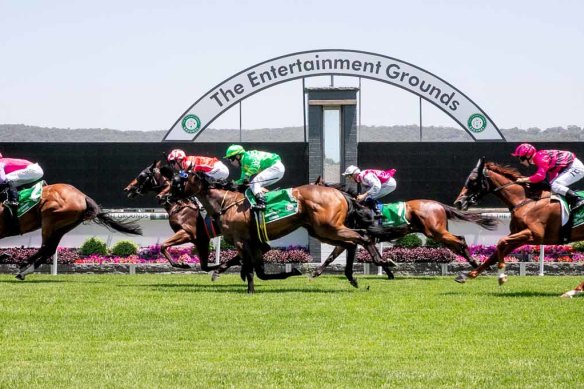 Racing returns to Gosford on Wednesday for an eight-race card.

Dangers: 1. Fashion Legend raced greenly first-up and wasn’t suited to the 1000m specialist trip. The blinkers come off, and the step up in distance is ideal. Additionally, he can settle closer from the soft draw and is a definite chance. 6. Play My Song led at a fast pace and tried hard to the line when running second at this track 11 days ago. She will be fitter for that and is ready to peak third-up. 4. Lucky Variety was run to suit but hit the line well, breaking through for her maiden win.

How to play it: My Eloise WIN.
Odds & Evens: SPLIT.

4. Lady Superspy had too much to do first-up at Hawkesbury over an unsuitable distance. Further, she wasn’t suited to the sit and sprint tempo but once balanced up; she made ground over the final furlong. The five-year-old will be fitter; the step up to 1600m is ideal, and the dry surface suits. Each-way.

Dangers: 2. Shaka Rock was honest last start in a solid time race but finished off greenly. He is rock-hard fit, brings a competitive last-start figure and must be respected. 3. Noble Cause is in career-best form and has won his past two starts.

He must step in grade but maps to have all favours. Market watch 1. Oakfield Storm who failed last start but brings strong form lines.

How to play it: Lady Superspy E/W.
Odds & Evens: EVENS.

4. Noble Empress, who represents value, resumes after winning a recent trial at this track, and she went through the line full of energy under a tight grip. First-up last prep, she was slow away and had too much to do. Further, she wasn’t suited by the pace of the race, had to make a long wide sustained run, and clocked the meeting’s fastest 400m-200m split in 11.52 before peaking. The four-year-old has a tricky map but can rate to win with slight improvement and is over the odds.

Dangers: 5. Ovoid wasn’t suited over 900m first-up, but he ran on well into second behind an improving type in Capital Theatre. His figure suggests he has come back improved and can settle closer from the soft draw. Definite chance.

2. Beirut returns and has trialled well enough. She raced well in her debut prep and brings strong form lines. 1. Smooth Flight will improve with fitness, and 3. Mr Wallace is looking for the 1200m third-up.

6. Lovero was well backed late in the trade $2.4-$1.9 first-up at this track/distance 34 days ago, and she bolted in. Further, that race rated highly relative to the day after adjustments and the decisive margins throughout confirmed the quality of the race. The mare did it on both ends, chasing a fast pace and clocking one of the fastest final 200m splits of the meeting in 12.08. She has key factors/indicators in her favour and maps to have all favours from the inside draw. Expect a bold showing.

Dangers: 2. Morean, an intriguing runner who has joined the Kris Lees yard, is a key late market watch. She has competitive figures and has trialled well enough with a senior rider going on for race day. 1. Glacier Queen races well fresh and 4. Laroupe can bounce back down in grade.

How to play it: Lovero WIN.
Odds & Evens: EVENS.

10. Doubtless Lady had every chance on debut at Newcastle 15 days ago but raced well and ran on into second place. Further, that race rated highly relative to the day, and she ran the fastest closing splits of the race. The three-year-old will be fitter for that, brings a competitive last-start figure, maps well, and Kerrin McEvoy rides.

Dangers: 12. Narrative started a big price first-up at Kembla but was outstanding in defeat, running second behind Iowna Merc, who was unlucky not to win again since. The filly was restrained early from a wide draw and just got too far back but ran the fastest final 600m sectional of the meeting in 32.00. She has come back improved; the dry track suits and the step up in distance is ideal.

2. Fast Response always faced the breeze on debut and was honest in defeat. The gelding will improve from that race experience and maps well. 2. Arch Of Titus resumes as a gelding and debutant 4. Country Blues is wound up for this.

7. Oakfield Paperbark was slow out first up at this track/distance and just too far back. To her credit, she ran on hard and clocked one of the fastest final 200m splits of the meeting in 11.52. The mare can settle closer from the soft draw, and the anticipated genuine tempo will only benefit her. In addition, she brings a race experience edge and expect her to be in the finish. Each-way.

Dangers: Forget 2. Calamity Fox’s last start where nothing went right, and he can bounce back with strong form lines. Debutante 13. Overriding looks a nice type and won a recent trial at Scone in style.

Another first starter in 11. Always In has shown ability at the trials, and she is a late market watch. Add 14. Quick As A Flash and 6. Victory Lane to all exotics.

How to play it: Oakfield Paperback E/W.
Odds & Evens: SPLIT.

1. Change Is Coming demolished his rivals in a recent heat at Warwick Farm, and as expected, he clocked slick time relative to the morning. The gelding steps up in grade but looks to have come back improved entering his second prep. In addition, the tight-turning track suits, and he’ll take some catching.

Dangers: 2. Just In Reach is on an upwards ratings spiral this prep and has won his past two. Moreover, he deserves his shot at the provincial level and maps perfectly. Add 10. Inequality, who led at a strong pace last start, battled on well and is ready to peak third-up. I’ll Tell You Now has a tricky draw but is rock-hard and has a strong starting price profile.

How to play it: Change Is Coming WIN.
Odds & Evens: SPLIT.

News, results and expert analysis from the weekend of sport sent every Monday. Sign up for our Sport newsletter