Home » Sports News » ‘Remember the pain, but also the strength’: Blueprint to play cricket on January 26

Gooreng Gooreng man Justin Mohamed recalls seeing celebrations of Australia Day akin to “a family who lost someone seeing the perpetrator driving past and making a lot of noise about having a great time”.

“I remember the build-up of Australia Day, where it got to a point where people were driving down the street with flags on and everyone had the blue, red and southern cross,” he told The Age and Sydney Morning Herald. 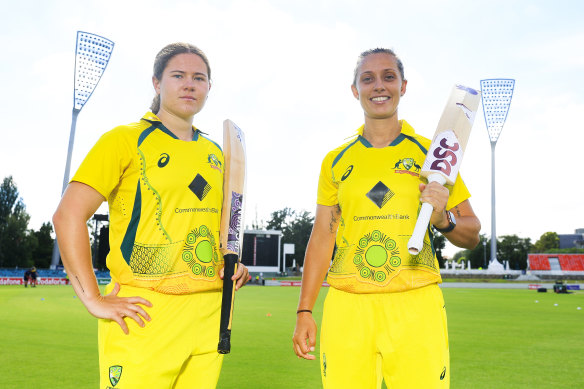 “The issue we had, I think, is that it was being built up in a disrespectful way without considering what that day meant and caused for First Nations people.

“It was: ‘We’re in this beautiful, lucky country, we’re so proud of who we are, and anyone who doesn’t celebrate isn’t grateful.’”

Mohamed is co-chair of Cricket Australia’s national Indigenous advisory committee and can see how attitudes are changing, epitomised by Australian cricketer Ash Gardner’s statement this week that she was uncomfortable about the women’s national team playing on January 26 this year, against Pakistan in Hobart.

Regardless of what happens to Australia’s national day – only codified into a uniform national day in 1994 – in future, cricket is always likely to be played on January 26.

Mohamed says there is a way that cricket can play on that date while acknowledging the history that it represents for First Nations people.

Co-operation with local owners of the land
”Wherever the game is played, the traditional owner group of that area must be engaged with. Explaining we’re planning to play a Test match or a one-day game, or a T20 or whatever it might be. Letting them know what teams are going to be involved, and consult with the traditional owners on what they would like to see happen. Some might say, ‘We’ve got a massive march that day’ or ‘Have the teams come down earlier,’ or ‘We would like to talk to the teams about the local history about what has happened in this area.’ But engaging with the traditional owner groups must be a high priority.”

Education for the teams taking part
“Especially if we’ve got the Australian team playing. Every year, that team goes through education sessions about the events of the 26th and the history around it. Because there’s always new blood, new players, new coaches. That could also be offered to the opposition teams – they may also want to know more about these things as sporting teams and individuals become more socially conscious. That could be done in the week or two leading up to it.” 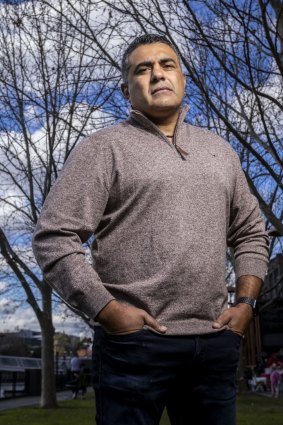 A clear public message about the significance of the day
“If you look at what sport connected with Anzac Day started, people that are attending the game, watching it on TV, the commentators, they all have a clear understanding of why there’s something special in this day. That is a whole education process. You don’t do that a week out, that’s a year or more journey. You build those resources, for media, for the staff, players, sponsors and the general public to share.”

Under those terms, Mohamed believes that Australian cricket can play an active role in enhancing education, understanding and respect for First Nations people.

“I think it could be a powerful event that every time Australia plays on that day, there’s going to be a significant difference to how that day feels,” he said. “And that comes from education to say ‘this is why’. You don’t know what you don’t know. Depending on the ground they play at, there could be a [Indigenous] massacre site not far from where they will be playing. If the players know that, or the spectators know that, those things have an effect.

“Australians who go overseas and do tours in places like Ireland, they’ll come back and say, ‘We saw gunshots in the wall of the post office building,’ or ‘I went to Croke Park, and they didn’t build the stand at one end because it is a reminder of what their country has gone through and the lives that were lost.’ People don’t forget that.”

“I think the 26th could be that one day, where we … remember the pain and trauma, but also the strength and defiance.”

At the same time, Mohamed makes it clear that January 26 should be about celebrating the resilience and achievements of the world’s oldest continuous culture. He points also to a shift towards greater acceptance of Aboriginal people making statements of belief and culture in the public eye.

“We are a pretty special country,” he said. “Yeah, as a nation we’ve stuffed up, we’ve done things we should be ashamed of, but now we’ve got Aboriginal people welcoming dignitaries, and our national teams are wearing Aboriginal artwork on their uniforms.

“Cathy Freeman wears the Aboriginal and Australian flags at the Commonwealth Games [in 1994], and the head of the Australian team, Arthur Tunstall, wanted her banned. Adam Goodes does a dance on the field and there’s an outcry,” he said.

“So for a young woman to be part of a national team and to make a statement that her team then gathers around to say ‘we stand with you Ash’, people are backing her and the sport isn’t saying ‘you can’t say that’. A few decades ago, a fraternity like CA would possibly have come down hard on that. So we have moved, and this is what it’s about.

“I think the 26th could be that one day, where we acknowledge the wrongs and the impacts that happened from that day onwards. The stolen generations, the taking of land, the massacres, the tortures, deaths in custody, Adam Goodes’ booing. A collective memory day. We remember the pain and trauma, but also the strength and defiance.”

For Avril Fahey, the new chair of Western Australia Cricket, moves to reshape what January 26 means in the collective memory – led by how the women’s team has approached this week – are markers of progress.

“Not playing on January 26, I don’t think you can quarantine any days, except for say Christmas Day. But treat it as a learning opportunity,” she said. “I’m aware the Australian women’s cricket team will be wearing their Indigenous kit. I’m not seeing that as an aggressive, political, left-wing message at all.

“I’m seeing it as an opportunity for people to ask questions, to be curious and to be open to understanding different points of view. That’s the respectful dialogue we should be having around a whole lot of issues.

“Being open to learn more may not change your view on different things, but my view is if we can be curious about differences rather than challenging differences, it’s the way to go forward.”