‘He has size and scope, he’s very exciting’: Roger Varian is targeting Classics glory as it ‘all clicks’ for Sakheer… with the two-year-old potentially ‘the best’ in trainer’s stable

Sakheer has Group One targets after routing his rivals in the Mill Reef Stakes, a victory which was leg six of a remarkable 34,838-1 seven-timer for trainer Roger Varian.

The magnificent seven was completed across three meetings, with jockey David Egan partnering three of the horses at Newbury, including Sakheer, who he suggested ‘could be something special’ after a facile success in the weekend’s marquee juvenile contest.

Egan was also on board Stay Alert in the Group Three Dubai Duty Free Legacy Cup Stakes for trainer Hughie Morrison, but that was a considerably more complicated triumph than that of Sakheer, who delighted Varian in earning quotes as low as 7-1 for next season’s 2,000 Guineas. 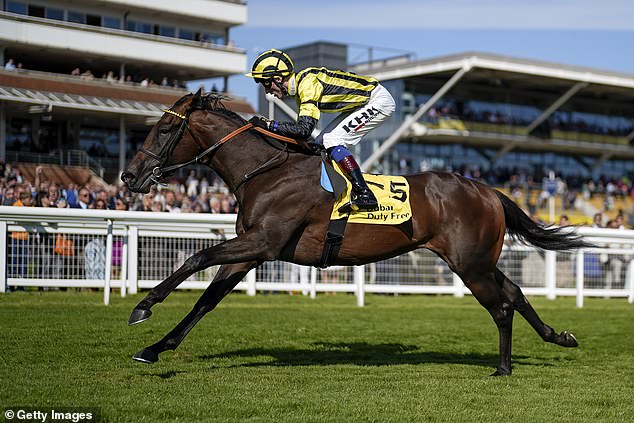 Varian said: ‘His work has always been very good. We thought he would win first time, but he ran into a smart filly (Magical Sunset) at Windsor. He then won well at Haydock and he looks good. How good, I don’t know, but he is possibly the best of my two-year-olds.

‘He has size and scope, he’s very exciting and I think he’ll stay seven furlongs or a mile. Everything is clicking. Sakheer is in the Middle Park, but it’s next week, very soon. He would need supplementing for the Dewhurst, but those two races are probably the ones on the table.’

One trainer who won’t be striving for more Classic glory is French legend Freddy Head, who will hand in his licence at the end of the year.

There is no racing in Britain today as a mark of respect for the Queen. 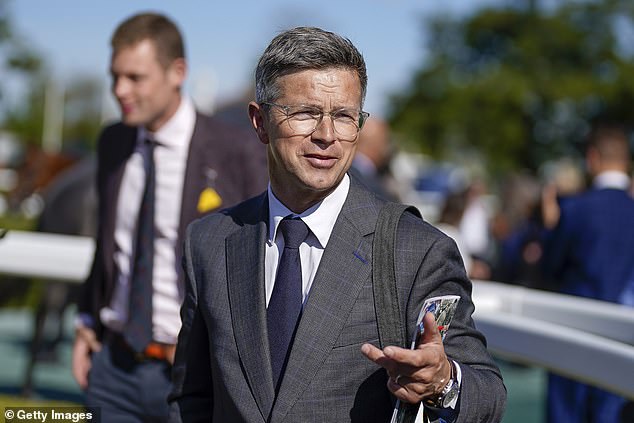